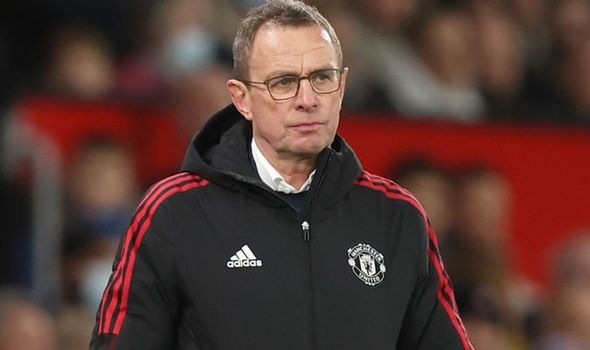 Thirty seven days. The approximate length of time it has taken for Manchester United's prima donnas to turn on their new interim manager and throw Ralf Rangnick under the proverbial bus. Even for this discombobulated, toxic and divided squad and its dressing room cliques, this is some going.

We may never know exactly what's been going on behind the walls of the Carrington training complex, but - if the reports in the Mirror are true, it makes for grim - and depressingly familiar - reading. These reports have made me mad. They made me really mad. I'm so angry I had to write this to vent how I feel.

The un-named players (although we can gather a good idea of whom it may be) are said to be disappointed and underwhelmed by Rangnick's methods, they don't like the changes he's made to their training methods and are struggling with his tactics. The same happened under Ole Gunnar Solskjaer in the end. The same happened under Jose Mourinho. And Louis van Gaal. And David Moyes. Spot the common denominator.

These toxic, lazy, spoilt, babyish, self entitled, overpaid bluffers masquerading as players. Under Solskjaer - in the first couple of years at least - we had a group of lovely lads, a likeable young squad with a genuine connection to the fans. It's not taken long for that all-for-one, one-for-all ethos to leave the building along with the now departed Norwegian. The fight, the desire, the passion for the club evaporated in just a few short weeks simply because the players are being asked to work harder, get fitter and press more.

I've never felt more distant from a United squad. Manchester United? More like Manchester, Dis-united. As for the constant leaks? Surely they must be coming from those players in the squad not getting game time.

One player apparently had "to Google him." I've got some news, precious primadonnas - I doubt he's impressed with you either. He probably had to research to find out about most of you lot. If Rangnick didn't know how big, and how very difficult, this job would be even for him, he certainly does now.

Manchester United made most of you lot relevant - as teenage tyro and activist Greta Thunberg once said: "How dare you." How dare you. Who are you? Who do you think you are? I don't care if you're the best in the world or a third-choice U23 winger: if you don't want to play for our club, get in the bin. Get out, don't come back and mind the door when you leave. United's players don't feel Rangnick is "elite" enough. Only VIPs are allowed through their velvet rope, their little bubble, of getting them to do what they are paid millions to do. Something all of us would give our right arm for the chance to do. Run after a football for a living for the world's most famous football club. A football club slowly eating itself. After a decade of failure, these players are simply not in a position to call the shots. 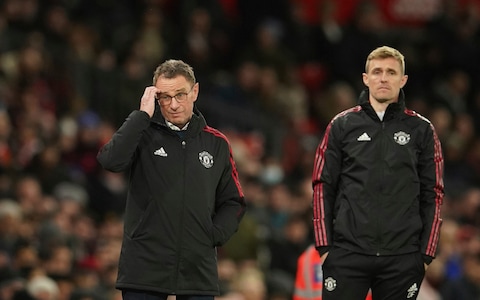 You would do well to remember what this club stands for and what the iconic Red badge means. People have literally died for it. Died for our club as they chased a dream to take an English club to a place it had never been before. The finest young side our country has ever seen lost their lives in the line of duty representing this club. Our club. Never forget that. And here's you lot complaining over having to drive home in the dark because the manager changed when training is. These players should be ashamed of themselves and take a long hard look in the mirror. Rangnick needs to be ruthless and get rid of anyone who doesn't want to be here regardless of talent, influence and stature.

Playing for this club should be a privilege - the biggest honour of a professional player's career. It shouldn't be a chore. It shouldn't be something you don't really fancy. It's as if they know Rangnick will be gone in the summer anyway so let's not bother. I can see what the German tactician is trying to do, how he wants us to play, but the players evidently don't have the aptitude or the ability to carry it out. They don't want to even try and adapt. Disgraceful and an embarrassment to this club's great name. Imagine if you did the same in your regular job. You'd be out on your ear in no time.

I'd rather have eleven Phil Jones's than these pompous, self entitled so called world class charlatans. Not the best, perhaps, in terms of talent but at least players like Jones fight for the badge, give their all and know what this club means. As the old adage says: Hard work beats talent when talent doesn't work hard.

Supporting this club is exhausting. If it's not the on-field drama, its the constant off-the-field dressing room shenanigans. The rumours, the unrest behind the scenes. The analysis and the over-analysis. The constant anxiety. All played out in public in front of the world. It's emotionally draining. Maybe this mob should try supporting instead of playing then they would know how we feel.

Posted by United Faithful at 15:19