Ole Gunnar Solskjaer's side face a competitive fixture in name only in the backwaters of Kazakhstan on Europa League Matchday Five.
With an important league fixture against in-form Aston Villa in the rearview mirror, Solskjaer's selection for the tie with Astana has an extremely youthful look about it. 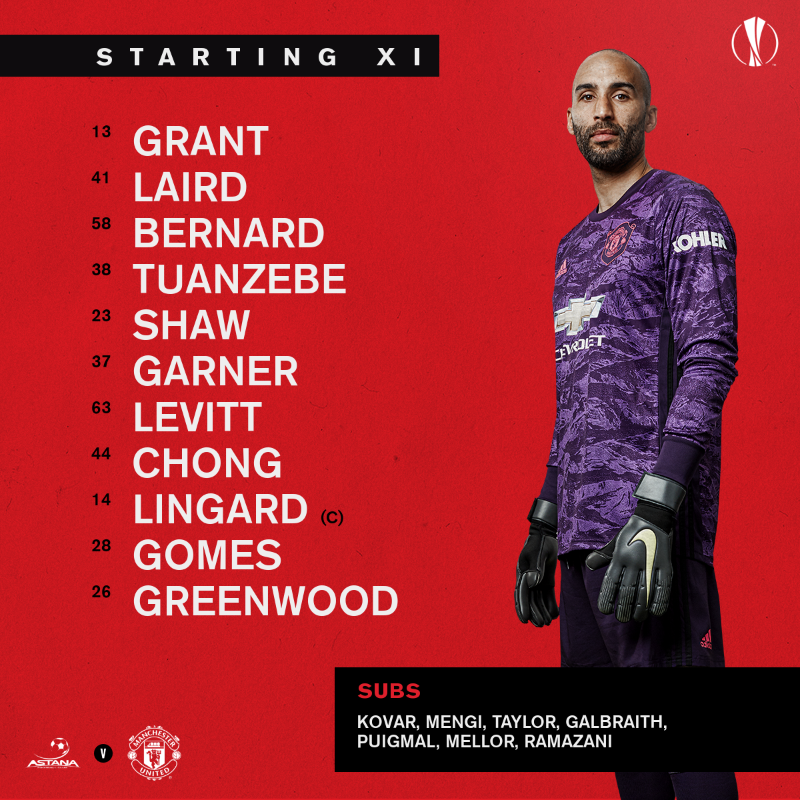 As well as almost the entire squad, first team coaches Michael Carrick and Kieran McKenna have also stayed in Manchester to help prepare for Sunday's clash. Head of Academy Nicky Butt has instead embarked on the 68 hour journey to Astana alongside Ole.
United have already qualified for the last 32 with Roman Hryhorchuk's Astana side already out of contention. Eight of the eleven have yet to even play a league game, with Luke Shaw and captain for the night Jesse Lingard by far the most experienced men. On a proud night for the club's Academy and with an average age of only 20, nine of the XI have risen through the ranks.

The Reds could seal top spot in Group L with a win although even then we have a home match with second placed AZ to come to complete the section.

It will be the first time an English club has ever gone toe to toe with opposition from the country of Kazakhstan and proves a great opportunity for some of the Reds next generation.
The line up has just dropped and is largely as expected, with 36-year-old Lee Grant making a full debut between the sticks. Shaw returns at left-back, with Mason Greenwood up top and three debutants sprinkled across the team.
The midfield looks vibrant, energetic and exciting with 18 year old James Garner and Dylan Levitt, 19 - one such teenager making his senior bow - tasked with pulling the strings and making things happen.
Teenage defenders Ethan Laird and DiShon Bernard complete the hat-trick of United debuts.
The front four, with Tahith Chong and Angel Gomes flanked by Lingard and United's top scorer in this competition, Greenwood, expected to create a hatful of chances in attack.

19 year old defender Max Taylor, who received chemotherapy for testicular cancer less than a year ago, is named among the substitutes. Solskjaer called the young defender an "inspiration".
Astana is the furthest the Reds have ever travelled for a European tie, and the 10,000 mile round trip will also see temperatures drop as low as -12.