Get rid of these referees and ask for an enquiry (RANT)

So there we have it. The great agenda is complete - UEFA never had any intention of allowing Manchester United to go through to the Champions League last eight. From the moment the draw was made, their plan was set. 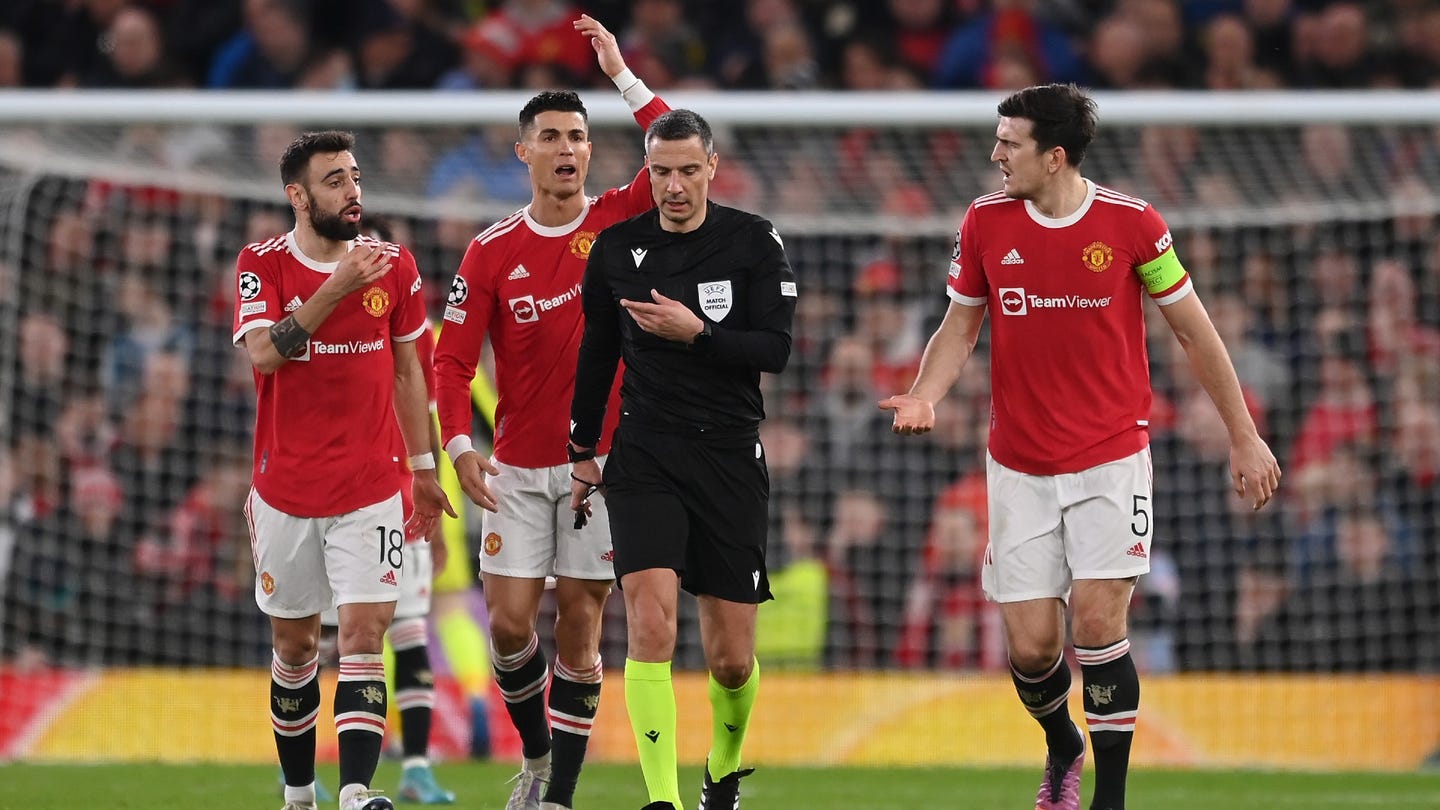 United have now been shafted, robbed and cheated out of all three cup competitions thanks to the useless incompetence of these clowns masquerading as match officials. It's surely clear the EFL, the FA and UEFA want Manchester United out of their cup competitions and have done everything in their power to ensure that's the case.

We knew Manchester United were never going to win the Champions League this season anyway. We simply aren't good enough. We knew that before the game and we of course know it now. It's the manner of it which stings.

The referee on Tuesday night was quite possibly the worst referee I have ever seen - he was, to be polite, an absolute catastrophe. How he was even allowed to take charge of this game in the first place is beyond me when there's literally proof of his dodgy dealings. The guy's got links with Bosnian drug and prostitution gangs for life's sake.

Not since the nonsense decision to send off Nani in 2013 have we seen such a diabolical performance at this level from a ref - but at least that was only one decision albeit one which still rankles to this day.

But like Cuneyt Cakir, the name of Slovenian Slavko Vincic will live long in Champions League infamy on a night in which United can - once again - legitimately feel aggrieved at the level of decision-making involving us in a knockout cup tie. The authorities are terrified of Manchester United having success so just always make sure we never do, it's all bollocks and one big stitch-up. They just choose who they want in each round of the knockouts.

Renan Lodi's goal should never have been allowed as there was not one but two fouls in the build up to it. Anthony Elanga was scythed down but play went on before Fred was studded in the knee by Hector Herrera. Both were ignored and Atletico broke away to score.

That was bad enough but what followed was even worse. With United on the attack, Marcos Llorente went down clutching his ankle but despite the fact it wasn't a head injury, Mr Vincic couldn't stop the game quick enough. Three minutes later Diogo Dalot was elbowed in the head and Atletico were given a free-kick. Twice the referee intercepted a United move forward and every time we built an attack he stopped the game. How did they only get two bookings when they were stamping, kicking, pushing and slamming our lads to the ground every few seconds?

It is clear this man was given instructions to let Atletico harm our players and to allow them everything. Time after time their cynical play went unpunished but yet he couldn't wait to pull our lads up on the tiniest thing. Only four minutes of added time at the end of the game was a joke too as Atleti were time wasting from minute one and there were eight subs - that alone took up seven or eight minutes but he couldn't risk United scoring could he? He was giving goal kicks as corners, free kicks as throw ins and did nothing to stop Atletico's rough house treatment. He didn't allow us to tackle, didn't allow us to attack and was clearly just paid off by UEFA to screw us over because they didn't want us to go through. Hope he choked when he sucked off Diego Simeone in the locker room afterwards. It was all a set up for Atletico to go through.

United are well within their rights to ask for an inquiry and for evidence of match fixing - how else do you explain what happened last night? Where do they find these corrupt wankers? This was a CHAMPIONS LEAGUE knockout game and we were cheated out of it by a blind, spasticated donkey who didn't know his arse from his elbow. You expect the best officials at this level but I've had better officials when playing for my Sunday league side down the local rec. In the Carabao Cup we had two clear penalties turned down and got knocked out through an offside goal. In the FA Cup Middlesbrough played basketball but the authorities didn't want us in the next round so changed the laws to suit their agenda and allowed the goal. Then in the Champions League they give us the worst referee I've ever seen to ensure we get shafted again. I want a full explanation from UEFA into how this has been allowed to happen to us and to say the referee is being looked into for bribery, corruption, collusion and match fixing. He must never be allowed on a football pitch again. I have had enough of these referees - they are hell bent on screwing us over week in week out. Even on Saturday the clown did his best to ensure we didn't win with the two identical penalty incidents - one given to Tottenham but ignored completely when its us. He was simply inept, useless and didn't have a clue what he was doing.

UEFA want us in the Conference League to boost its profile and make them money. It's obviously what they're trying to achieve and they will cheat us out of top four too to get their wish. We have had some absolutely criminal decisions go against us this season and it's time to ask why. Get rid of all of them.