Manchester United break the internet on a seismic day 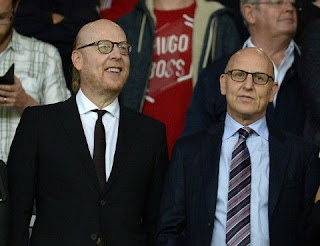 Tuesday 22 November began with one of the greatest shocks in the history of football as the rank outsiders of Saudi Arabia stunned Messi and his mighty Argentina side - ranked third in the world and many people's tips to become world champions. La Albiceleste - Lisandro Martinez, Messi, Angel Di Maria et al, humbled by the small Arab nation whose football team sit outside the world's top 50.

Yet by the time the nation went to sleep, that was not even the second biggest story of the day. First came the news we had perhaps all been expecting - CR7's departure from Old Trafford by mutual consent after his contract was terminated following his explosive interview with Piers Morgan.

It simply had to happen but it's such a shame it had to end this way. A mutual parting of ways is best for both parties and the fact there was no money involved despite being entitled to a 17m pay off speaks volumes of the affection in which he holds United. Ronaldo had seven months left on his £500,000 a weak deal but had gone past the point of no return. For United to terminate a player's contract - never mind one of Ronaldo's stature and status - is unheard of.

Despite the fact there was no other option, few would have seen this coming when Ronny re-signed for the Reds amidst an outpouring of excitement and adulation. The divorce was swift and amicable but the moral of the story? Never get back with your ex. I couldn't contain myself when it was announced the GOAT had come home but, looking back now, Ronnie's Return should never have been made into a sequel.

I'll always be grateful for what Ronaldo did for this club - he left an indelible mark on United history which needs no embellishment. Ronaldo plundered 145 goals in 346 games for the Reds across two spells and spearheaded one of our greatest-ever sides to double-winning league and European glory in 2008. He is the best player I've ever seen live but that was then, this is now, and modern football waits for no man - not even when that man is Cristiano Ronaldo. 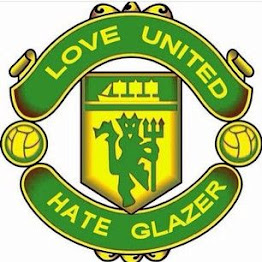 Yet the biggest bombshell had yet to drop. With the irresistible combination of the sport's biggest global megastar and the world's most headline-grabbing club dominating the media, an even more seismic story was gathering pace.

Shortly after 8pm, the first drip-feeding began. News of an announcement, coinciding with the close of trading at the NYSE, set pulses racing. Then came confirmation of the words we'd been waiting seventeen years for. The Glazers - United's parasitic penny-pinching owners - were exploring "strategic alternatives" including a full sale of the club. Let me just repeat that. I still cannot believe it, it feels like a dream, it feel like all my birthdays and Christmases have come at once. The Glazers are looking to sell. Toast it, laud it, drink it in. It's the first time since their controversial purchase of United the cancer have actively mentioned selling, and the first time the mainstream media have picked up on it to such an extent. Is this real? Am I dreaming? Someone will pinch me and tell me to wake up any minute now.

I'm trying desperately not to get overexcited, to keep my emotions in check, but I write this with tears of joy in my eyes. It very much seems as though they have hung up the 'for sale sign around the decaying gates of Old Trafford at last.

This is better than any trophy and any treble. This is bigger than anything United have done in the past or will do in the future. Of course, it doesn't necessarily mean the club definitely WILL be sold but it's the closest we've been to that glorious day at any point since the scum bought us in 2005. There certainly won't be any shortage of interest and there are already reports of numerous offers on the table.

This has been in the offing for a while with the fanbase reaching boiling point over the ESL debacle, reports of kit sponsor TeamViewer withdrawing from the deal and declining on-pitch performance.

Huge credit, too, must go to supporters groups The 1958 and M.U.ST, to name but two: superbly unstinting, passionate and effervescent in their fight to drive out the vermin. This news is a testament to their fantastic work in organising protests, attending focus groups, penning open letters and becoming synonymous figureheads in a seventeen-year battle to get their club - our club - back. A battle we're finally on the verge of winning.

A wonderful, wonderful day in the history of Manchester  United. A day which surely marks the start of the end of the Glazers seventeen-year reign of terror at Old Trafford. A day seventeen years in the making.

Posted by United Faithful at 06:24