The puzzling paradox of Manchester United

As we reach the first international break of the season, it's mad to think we're almost a third of the way through the 2021-22 Premier League campaign.

By a strange quirk of the fixture list, Manchester United faced Everton - albeit away from home - in the seventh league fixture of last season. It came after successive losses to the minnows of Istanbul Basaksehir in Europe and at home to Arsenal in the league - the former result would ultimately cost us a place in the competition's knockout stages whilst the latter saw us slide into the bottom half of the table.

Quite how close Ole Gunnar Solskjaer came to the sack we shall, of course, never know, but the tide turned that day on Merseyside. The 3-1 at Goodison Park saw United start the day in 15th place but kick-started a 13-game unbeaten run which culminated in United rising to the Premier League pinnacle a little over two months later, in January.

Twelve months on, and the landscape is very different - not that you'd know it judging by the mass hysteria and the dangerously low depths some go to to voice their displeasure every time we don't win 5-0. We've had a better start with a better team this time so there's good reason for optimism.

On paper, the Reds look in a strong position - fourth (or joint sixth, as some might say) in the league but only two points behind early pacesetters Chelsea, one behind unbeaten Liverpool and level with the mob in sky blue from across the city. Based on the table alone and without knowledge of our fixture list, the casual observer would wonder why the manager is being questioned. Third in the league after seven games and in an equally strong position to qualify from our Champions League group and its still only October - you would think the picture is a good one for Manchester United and Solskjaer.

It's true we're in a much better position now than we were at this stage last season but yet you still feel United are a better side than we're showing at present. I don't think we're playing as badly as had been made out - never let social media be the judge. The win over Villarreal in midweek was fortunate, with the Spanish side deserving of at least a point for their efforts - but, in turn, United deserved more from the league matches with Aston Villa and Everton. Dean Smith's Villains won through an offside goal and our own failure from the spot, whilst we dominated the Toffees for long periods and probably did enough to win but had to settle for a point.
One point from a possible six could easily have been four.

United are controlling games, dominating possession and creating chances aplenty - 60% of the ball against Villa with 28 shots (four of which were on target) and 72% possession with 13 shots (six on target) on Saturday. Those stats certainly indicate results aren't reflecting performances. For context, we 'only' had 49% of the ball in the opening game with Leeds (16 shots, 8 on target) but won 5-1. It really is a funny old game. 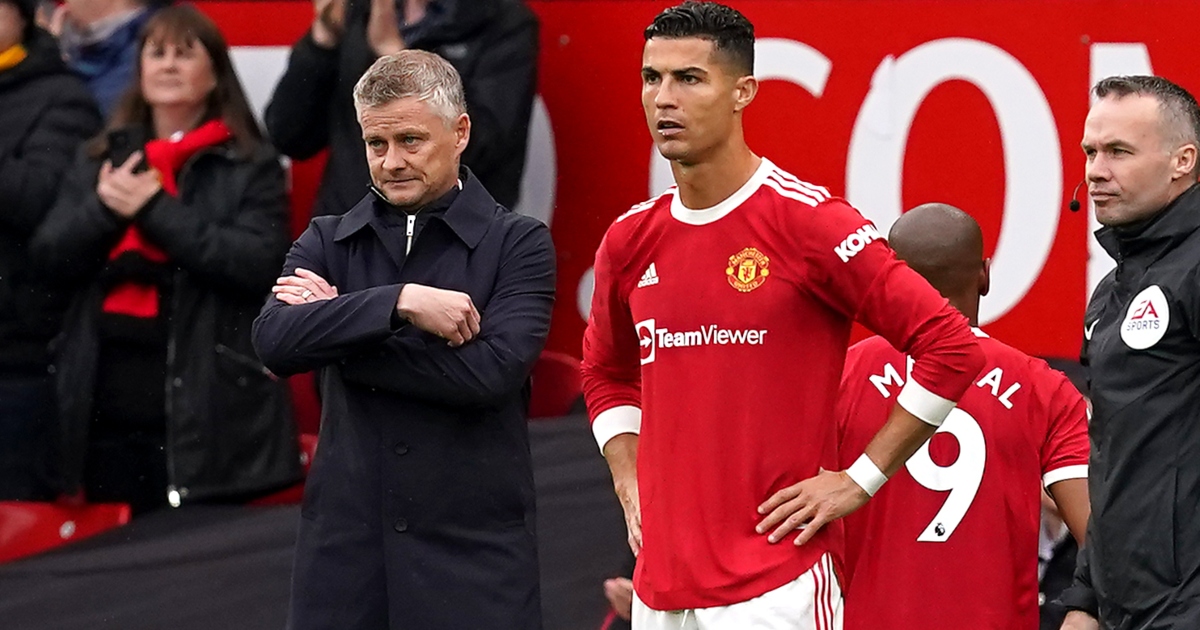 I'm not blind - I know as well as anyone reading this does we need to improve and are a better side than we've seen of late. I know we can play much better. This is a season where we can simply no longer point to a rebuilding process - with genuine world class, 24-carat talents like Jadon Sancho, Cristiano Ronaldo and Raphael Varane - you have to be looking at a title challenge, if not winning the thing. We've got the players now and have to deliver. But nor do I feel the hysterical sensationalism - most of it from 11 year olds and glory hunting virgins on Twitter - is justified. We were worse than this under David Moyes and Louis van Gaal and worse still when Jose Mourinho arrived.

You can give credit and praise to Solskjaer for the work he's doing and you can criticise him too if you feel its justified - it doesn't mean you want him to be sacked. Calling for his head every two seconds is a waste of breath and won't get us anywhere. You might feel Solskjaer has taken us as far as he can and won't ever get us to the next level and if that's where you are then fine, but the constant whinging, aggression and abuse is not a good look. Ole In or Ole Out? Perhaps, for me, its best summed up by Ole Doubt - I don't want him gone and, more than anything, want to see him and us do well but he's got to get us performing to a higher level with the players he has at his disposal and has to ensure there's more guile, grit and creativity, particularly in midfield. Perhaps "Ole Sort it Out" is the best way of putting it.

United are yet to face anyone from the upper echelons of the league's pecking order with all our opponents so far - bar maybe Everton and Villa - likely to finish in the bottom half - but have taken 14 points from 21. Pep Guardiola's defending champions City have the same tally, but in mitigation have gone to three of last season's top six, two of whom will go close to the title: Spurs, Chelsea and Liverpool. You have to think Guardiola, Jurgen Klopp's Liverpool and Thomas Tuchel's capital Blues would have made far more routine work of the same fixture list.

When the God-awful international break is over and England have routinely eased past a team of farmers no one's ever heard of, Solskjaer's United head to Leicester. The always tricky trip to the King Power begins a make or break for the team and manager. Liverpool visit Old Trafford on the 24th - four days after Atalanta come to town, before the trip to Tottenham. We host City in the derby and also go to Chelsea before November is out in a defining run of matches that could prove to be the most pivotal of Solskjaer's tenure. Yet history suggests we should be confident going into these next couple of months - for all his perceived shortcomings, Solskjaer has more often than not got it spot on against the other big six sides and has a winning head-to-head against both Tuchel and Guardiola since his arrival at Old Trafford.

When the pressure is on and one of United's fellow heavyweights are on the agenda, Solskjaer tends to pull a rabbit out of the proverbial hat. Now would be the ideal time to repeat the feat.