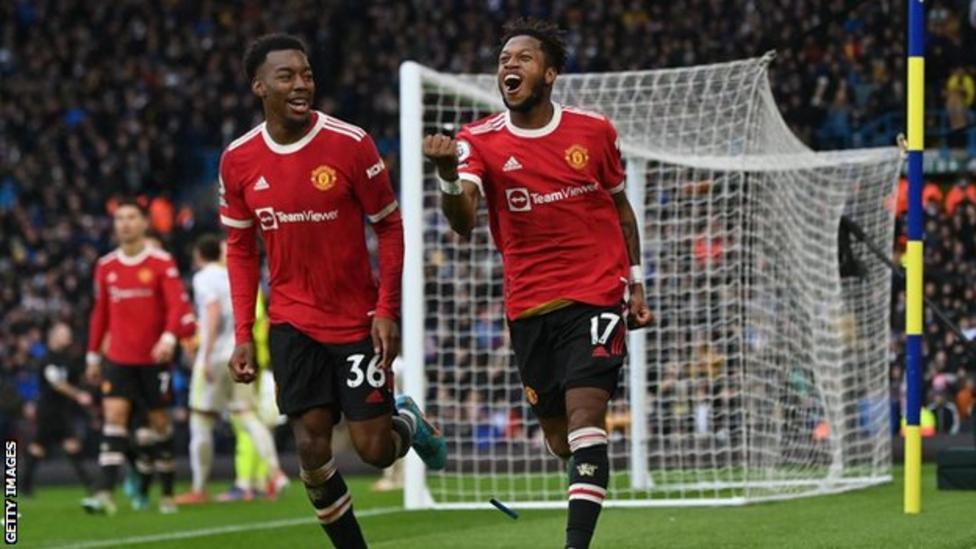 Substitutes Fred and Anthony Elanga scored after half-time as Ralf Rangnick's Reds held off a Leeds fightback to strengthen our grip on a top four place.

In a cross-Pennines clash between two of English football's oldest and fiercest rivals played in a deluge of biblical proportions, Harry Maguire's header from a corner (yes, really) and another nodded finish, this time from Bruno Fernandes, put the Reds in charge at the break.

But, out of nothing, back came the hosts, for whom relegation fears remain a lingering worry. Rodrigo's 53rd-minute cross crept in over David de Gea and substitute Raphinha then turned in a Dan James cross to level.
Memories of our recent collapse at Aston Villa were still fresh in the mind but the recently-introduced Fred restored our lead before another replacement - Elanga - sealed the win and the points late on.

There were three changes from the midweek win over Brighton including surprise recalls for Aaron Wan - Bissaka and Jesse Lingard - the latter's first league start in over two years.
Paul Pogba came in for Fred with the midweek trip to Atletico Madrid probably at the forefront of Rangnick's mind.

In the first game in front of fans between United and Leeds at Elland Road since 2003, it was Marcelo Bielsa's side whom went closest early on.
Mateusz Klich picked out ex-Red youth player Jack Harrison with a lovely lofted through pass, but he was unable to test De Gea.
Illan Meslier saved well from the excellent Pogba and Adam Forshaw then stung the palms of United's Spaniard at the other end before Meslier denied the Reds again when he blocked from point blank range to deny Cristiano Ronaldo.

The Whites young Frenchman was an increasingly busy man and he came to Leeds rescue again as Fernandes tried his luck from distance only to see his 20-yarder tipped behind for a corner.

United had gone 139 flag-kicks without success but finally ended that barren run in the 34th minute when Maguire powered home a thumping header from a swirling Fernandes delivery.
Jadon Sancho flashed a shot over the bar soon afterwards but United had their second on the cusp of the interval.
The first goal had been scored by Maguire, and the second owed a lot to his centre-back partner Victor Lindelof. He surged upfield superbly to find Sancho whom in turn swept the ball in for Fernandes to leap and plant home his header beyond Meslier - the Portuguese schemer's second goal in as many matches. 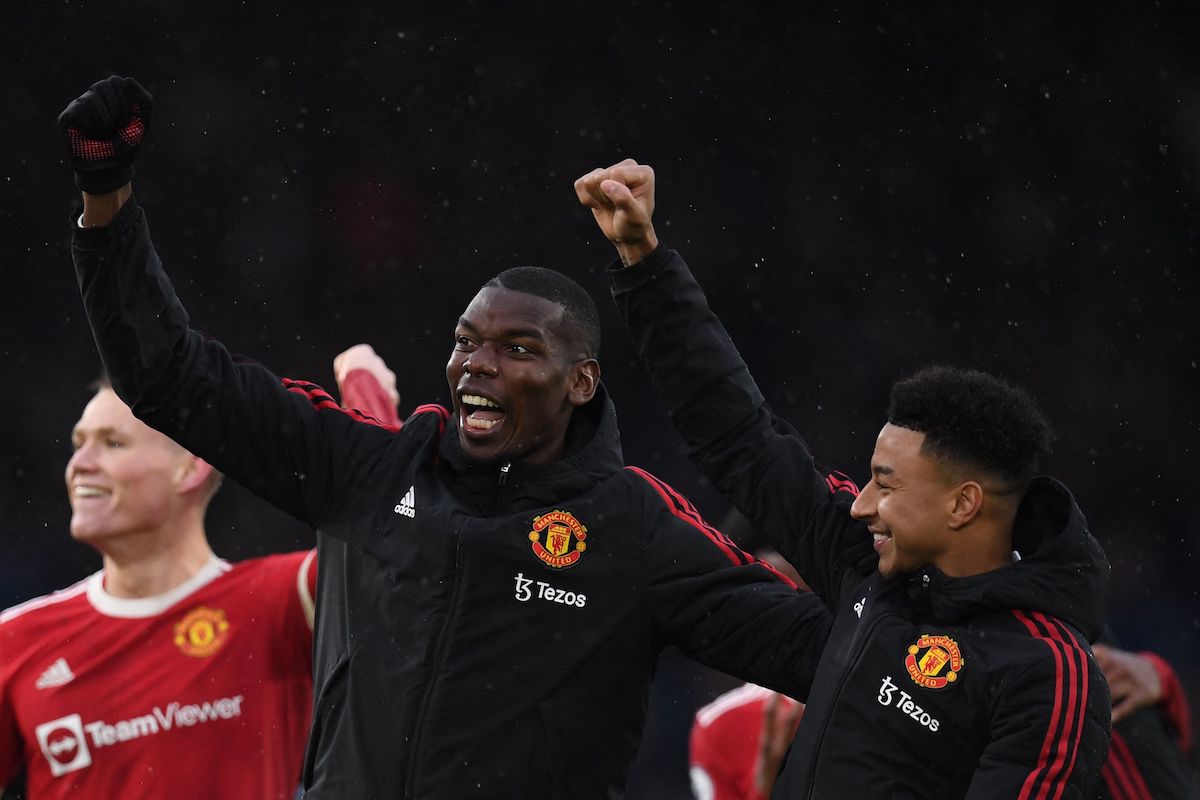 This all gave little hint of the drama which was to come in a madcap minute early in the second half.
United had been comfortable but Leeds - with the wind behind them and buoyed by the half-time introduction of Raphinha - suddenly hit back.

Rodrigo had been on the periphery but sparked the game into life when he drove forward and hit a hopeful cross into the box - only for the wind to wreak havoc as it caught the ball and took it in over De Gea.

The Reds were still reeling but barely had time to dust themselves off when Bielsa's side equalised. James skipped beyond former team-mate Wan - Bissaka and crossed low for the onrushing Raphinha to turn the ball beyond De Gea despite claims of a foul on Fernandes in the build up. The obligatory VAR check followed but there seemed little contact on the United man and the goal was allowed to stand.

Leeds were revitalised and went close again through another sub, teenage striker Joe Gelhardt, only for De Gea to save well down low.

To their credit, the Reds and Rangnick responded in superb fashion as we restored the equilibrium in a double change as Fred and Elanga replaced the impressive Pogba and Lingard.
The diminutive Brazilian had only been on the field for three minutes when United were back in front. Fred drove forward, played a neat one-two with the magnificent Sancho and let fly with an angled drive which left Meslier with no chance and put the Reds back ahead.

In a thrilling, superbly see-sawing contest, De Gea was called into action twice in quick succession as he denied Gelhardt and then Klich before Stuart Dallas then flashed a shot wide having been teed up by James.

Raphael Varane was brought on to try and help tighten up at the back but there was to be no late drama as the Old Trafford side made sure of the points - and victory - in the final minute.

Elanga latched on to a lovely through ball from Fernandes and the young Swede - who had earlier been struck by an object thrown from the stands - finished well beyond the advancing keeper to complete the Reds recovery.