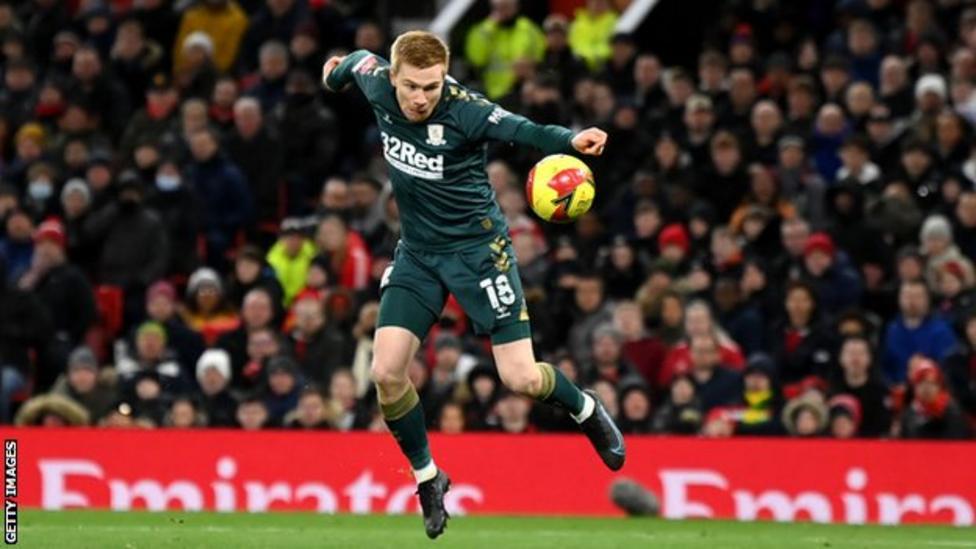 United were punished for profligacy as Championship Middlesbrough prevailed on penalties after Cristiano Ronaldo missed his own spot-kick.

Ronaldo - on the eve of his 37th birthday - skewed his first half effort wide as Ralf Rangnick's side missed enough chances to win five games. Jadon Sancho struck the bar, Bruno Fernandes hit a post and Middlesbrough keeper Joe Lumley made a string of fine saves to keep United at arm's length.

To add insult to injury, ex-Reds trainee Matt Crooks scored a highly controversial equaliser before sub Anthony Elanga missed the 16th spot-kick of a protracted shootout to knock United out.

Rangnick named a near full strength side for the visit of Chris Wilder's promotion-chasing Boro, with Paul Pogba's first start in three months and inclusion for Ronaldo, Luke Shaw, Fernandes and Sancho.

The dye was cast from the opening minute when Sancho raced clear to find himself one-on-one with Lumley. Our no.25 clipped the ball over the advancing keeper but hit the top of the bar and Fernandes fired off target on the rebound.

An acrobatic effort from Ronaldo forced a smart save from Lumley, and CR7 was involved again when Pogba was scythed down by the wonderfully named Anfernee Dijksteel in the box. Ronaldo stepped up for the spot-kick but uncharacteristically shot wide from the spot to keep Middlesbrough within reach.

Perhaps from that moment on, you felt it wasn't going to be United's night but we broke the deadlock in the 25th minute when Fernandes released Sancho, he took a touch and finished well with a low finish beyond Lumley.

Marcus Rashford had a goal ruled out and Lumley then came to Boro's rescue again with another top stop to deny Ronaldo as United lay siege to the Middlesbrough goal.

Arsenal loanee Folarin Balogun carved out his side's first opening but failed to test United's stand in stopper Dean Henderson.
Ronaldo fired into the side netting and Rashford shot over but Middlesbrough posed more of a threat and came close to a leveller on the hour mark.
Crooks, who later featured so prominently, was picked out by Isaiah Jones with Henderson called into action to keep out the Middlesbrough midfielder.

Five minutes further on and they were level in a very contentious manner; Crooks finished into an empty net from close range after substitute Duncan Watmore had moved the ball on with his arm. Despite overwhelming evidence to the contrary, referee Anthony Taylor couldn't give the goal quick enough and it was allowed to stand.

Lumley saved again from Rashford but despite his heroics he then almost gifted us a second when - under pressure from Ronaldo - his miskicked clearance fell to Fernandes but he could only thump the upright. 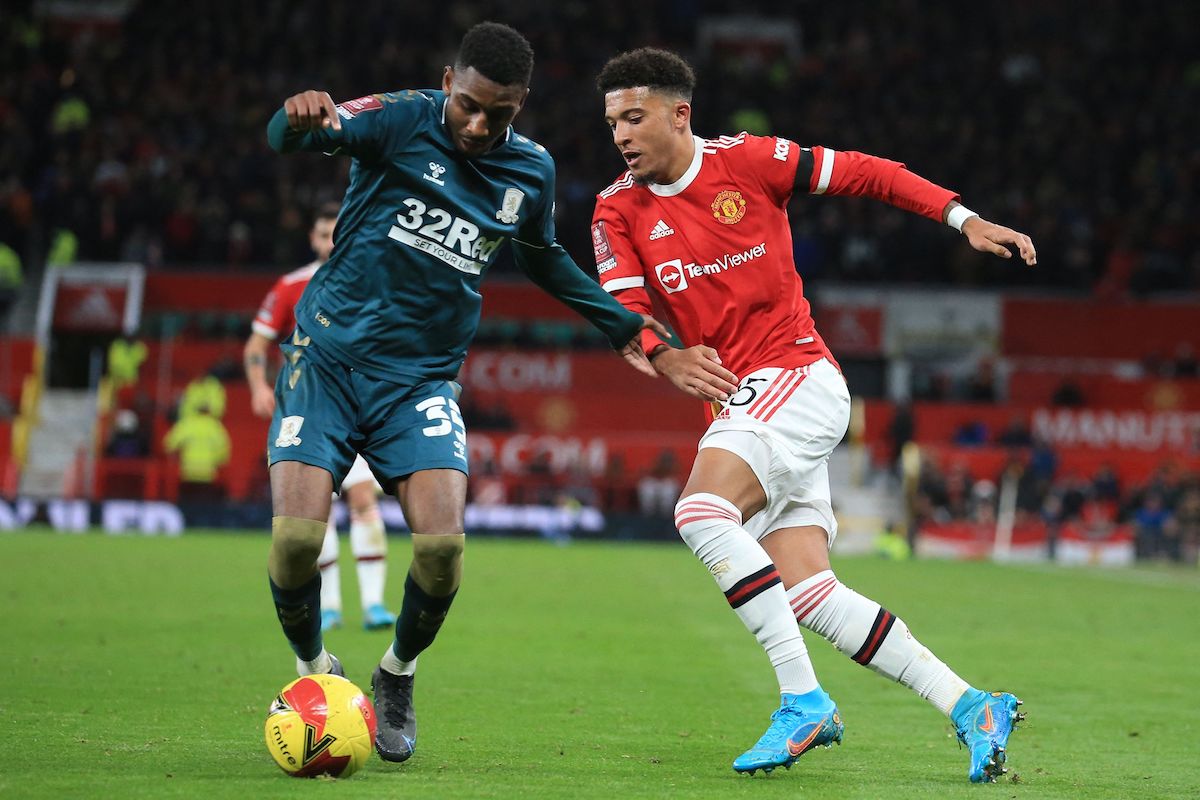 Elanga headed wide and fellow substitute Fred tried his luck from distance but the fourth round tie went into extra-time with things level at 1-1.
Fred went close and Henderson saved well from Brighton loanee Aaron Connolly but there were no further goals and so a penalty shootout ensued.

The Reds have a miserable recent record in shootout and, of course, Middlesbrough's players suddenly became the best penalty takers of all time - funny that, isn't it?
After 16 successful efforts - Juan Mata, Harry Maguire, Fred, Ronaldo, Fernandes, Scott McTominay and Diogo Dalot all converted for us - Elanga erred to send Wilder's side into round five