A fit and healthy Eric Bailly is exactly what United need 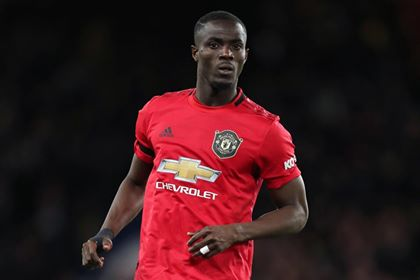 For all the talk of Manchester United's need for a new top class centre back, the answer may be staring us in the face.
Maybe the man we need is already at the club, and waiting patiently with second string game time whilst Victor Lindelof somehow gets picked ahead of him for the full strength team every week. A man who is better than a back-up, in fact it's almost an insult to call him such. Step forward Eric 'Bertrand' Bailly.

The Ivorian has had rotten ill-fortune during four injured ravaged seasons at United,  and has only played 77 games in that time, but there is no doubt that he is United's most capable centre-back. He is everything  Lindelof isn't. Strong, alert to the danger, he reads the game superbly, he's brave, puts his body on the line and has the pace to recover if he or his defensive partner should make an error. If he can stay fit and healthy, he should absolutely be United's first choice. Forget the notion that a partner for Harry Maguire is the issue. Perhaps we, in fact, need a partner for Bailly.

I like Bailly, I always have done. I like the way he makes defending exciting, I like his heart-on-his-sleeve approach and the fact you have to watch him through your hands. You love to see it. His style may not be suitable for anyone of a nervous disposition, but I've said it before and I'll say it again: he is the best defender we have at Old Trafford.

Having come on for the last 12 minutes of the league game down in Sussex, Bailly was handed his second start of the season as United travelled to Brighton for the second time in four days. Bailly, having started and impressed at Luton last week, was one of United's two most impressive performers at the Amex. Juan Mata stole the show and ran the game with a goal and an assist, deservedly earning Man of the Match, but Bailly wasn't far behind. He must start alongside  Maguire at the heart of the defence against Tottenham on Sunday. It's possible Solskjaer could go with a back three as he often does against the other top six sides, but either way, Bailly has shown he deserves the chance to play.

I can see why Solskjaer prefers Lindelof, given Bailly's chronic list of ailments and the fact he cannot be relied upon to stay fit. The manager feels the Swede is a better fit for how he wants us to play in terms of his passing and distribution, and he's stayed largely injury free. But Lindelof has a chronic weakness under the high ball, he's too slow and - whilst they may be decent individually - his pairing with Maguire isn't a compatible one. It's like putting diesel in a Ferrari. Lindelof has become a liability and no longer justifies selection. Bailly has done more than most to show he deserves a prolonged run in the first team.

He had become something of a forgotten man at Old Trafford, but it was so typical of Bailly to come back Lazarus style in February, with a domineering defensive display at Stamford Bridge shortly before lockdown. Not many players could perform like that so soon after sustaining a potentially career-threatening injury.

Maguire brings the class, the composure, the leadership and has proved to be the ball-playing centre-back United have sorely lacked since the departure of Rio Ferdinand. Bailly complements this superbly with his pace, tenacity, positioning and technical qualities. Not only is he strong in the challenge, he is just as good in the air as Maguire, brilliant in the recovery as already touched upon and even throws in the odd party piece - a stepover here, a Cruyff turn there, just to add to the unpredictable excitement. Madcap, enigmatic but also a damn good player. Welcome to the world of Eric Bailly.

Lindelof and Bailly were supposed to be Jose Mourinho's first choice centre-backs, having both been signed by the Portuguese (combined fee 61m) as he looked to upgrade a previously porous defence with the likes of Chris Smalling, Phil Jones and Marcos Rojo masquerading as United players. But after several serious injuries and a lack of game time, Bailly faded to the fringes and struggled to cement his spot in the team. Mourinho never seemed convinced by Bailly and preferred to use Lindelof alongside Smalling. Ironically, it was a horror show against Brighton - the very same side that Bailly was so impressive against - that seemed to make up his former manager's mind. 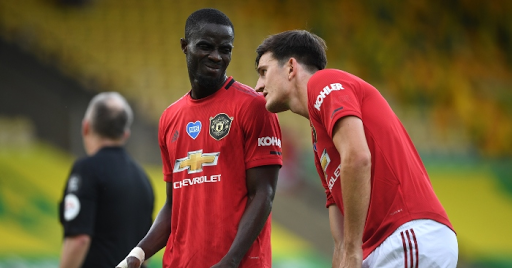 Of course, these injury problems have been the main concern for him. Not only has he undergone several major surgeries but there's been a myriad of often trivial problems and a list of ailments as long as both my arms. The link between these issues and Bailly's overzealous style cannot be merely a co-incidence, as a number of his injuries have been self inflicted, like jumping for the ball and landing awkwardly or lunging in needlessly.

Bailly is too good a talent to waste, too good to merely sit on the treatment table. Much like United over the last few years, its been stop start as the Ivorian searches for consistency. Perhaps this season is the one when Bailly finally has respect put on his name.