Fred the Red a symbol of rejuvenated Man Utd

After week of poor results, worse performances and calls for change at every level of the club, positive winds are blowing through the Old Trafford corridors. 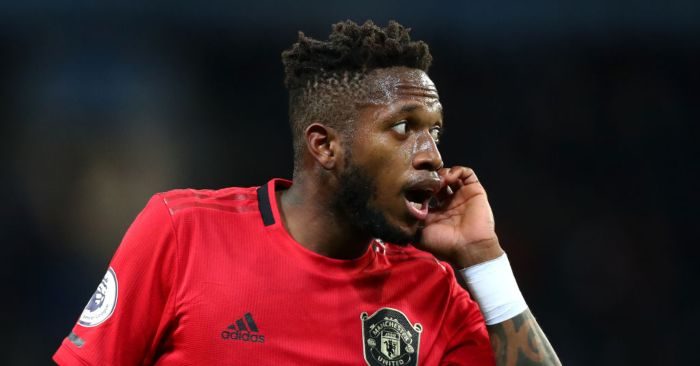 If a week is a long time in politics then it is an eternity in football. United - buoyed by superb performances over Spurs and Man City - are in the finest of fettles and on the charge up the Premier League. Our upturn in form will be music to the ears of manager Ole Gunnar Solskjaer who had faced questions from pundits, press and players alike after the early promise of his interim tenure evaporated once he got the job permanently. The romantic notion of his appointment as the club legend attempting to rekindle the glory days in his dream job gave way to doubts over his suitability.

Solskjaer will feel vindicated having answered his critics in some style, but perhaps no one will feel more vindicated than Fred. The Brazilian has struggled for form, fitness and fluency since his £52m signing from Shakhtar Donetsk the summer before last. Fred had become the symbol of all United's shortcomings, first under Jose Mourinho and then Solskjaer. Struggling to hold together a ponderous, porous and ineffective team from his pivotal role in defensive midfield, he was deemed too slow and too lightweight for the breakneck English game - a millstone around our necks.

You could find no bigger critic of Fred than me. My words were unrelenting and, indeed on this page, we went in hard on our number 17. In light of that, we thought it only fair to reflect and provide balance to recognise his reversal of fortunes.
In the space of a month, Fred has gone from a joke of a player to the influential, string pulling cornerstone of a reborn United side.
As United put together potentially season defining victories against all odds over Spurs and Manchester City, the much malinged South American delivered. He has been simply magnificent - thanks in no small part to his manager's tactical brilliance.
Having returned from the ankle injury that kept him sidelined for almost a month, Scott McTominay was drafted back into the XI at the first possible opportunity alongside Fred for the visit of Jose Mourinho's Tottenham.
Bolstered by the presence of the tenacious, brave and unstinting Scot, Fred was allowed time and space on the ball that has been served such short thrift instead of having to hold hands with Andreas Pereira. He responded with a commanding performance that has been noticeable in absentia as Mourinho endured a disappointing night at the hands of his former employers.

It was his best performance in the Red of United so far but with the spectre of a Manchester derby looming large, there could be no let up. There wasn't. Fred was in the eye of the storm three days later across the city, pelted with missiles and allegedly subject of sickening racist abuse. But he rose above the barracking with a performance akin to a hybrid of Roy Keane, Paul Scholes and Bryan Robson all rolled into one. Fred was the spearhead in United's finest performance for many a year and ran rings around his illustrious opposite numbers Kevin de Bruyne and Rodri to see United to a magnificent
2-1 victory. Tackling, pressing and passing City into submission, Fred was immense. If not for the Herculean efforts of Aaron Wan - Bissaka, he would surely have got the nod for man of the match. Simply sensational, this was the Fred that persuaded United to part with that £52m.

Those two wins have undoubtedly lifted the dark clouds of discontent that have enveloped the club at every term. Sunday's clash with managerless Everton, though, provides an altogether different test - the type of test that United have fallen short in this season. Fred is unlikely to see the pitch open out for him to lead the charge on the counter, with the Toffees set to sit deep and pack the defence. It will be a far less expansive game than we saw against Spurs and City.

Fred now needs to prove his recent improvement is not just a flash in the pan emblazoned by two excellent collective showings. He needs to sustain such level of performance on a consistent basis. The clash against revitalised Everton - under the caretaker tutelage of former Toffees warhorse Duncan Ferguson - will be key for him and McSauce as the Reds looks for a fourth win in a row.
But one thing is certain: Fred is slowly but surely shredding his reputation as a figure of fun and, if he keep up this renaissance, the only joke will be on his critics.