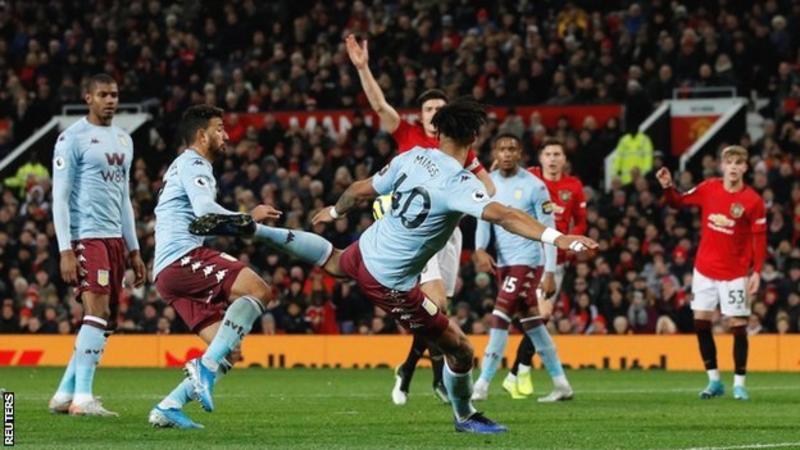 United endured further frustration after being held at home to an Aston Villa side who could count themselves unfortunate not to come away with victory.
United came from behind to lead but were then pegged back by Dean Smith's impressive newly promoted Villa.
Claret and blue captain Jack Grealish scored a stunner to put the visitors into a fully deserved first half lead but in form Marcus Rashford levelled the tie against the run of play moments before the break. Victor Lindelof headed the Reds in front but back came Villa to level again within two minutes through Tyrone Mings first Premier League goal.

It was the west Midlands side first point at Old Trafford since 2009 and only the second time in 44 visits that they have avoided defeat.
Ole Gunnar Solskjaer's men pushed forward in search of a winner but Anthony Martial failed to convert our best opening as we had to settle for a second successive draw against one of the promoted sides.
The Reds have taken 18 points from our first 14 league games, meaning Solskjaer must take three wins on the bounce to avoid the 26-point mark that saw his predecessor Jose Mourinho sacked after 17 games last term.
The Reds were sluggish and were made to pay after eleven minutes as the visitors bright start was rewarded with an early lead. Anwar El Ghazi's cross fell nicely for Grealish, and the Villa midfield stunned Old Trafford with a sumptous curler around Aaron Wan - Bissaka and David de Gea and in.
Tom Heaton - so often a thorn in United's side - saved well from Martial in a rare Reds foray but Villa then thought they had gone 2-0 ahead only to be denied by the narrowest of margins.

Goalscorer Grealish was at the string pulling heart of things again, as his teasing cross ricocheted around the box and fell to Trezeguet whom bundled home. Villa celebrated it but referee Craig Pawson and his assistant Darren Cann ruled it out on VAR with the striker marginally offside.
Rashford flashed a shot wide but despite a below performance United somehow found themselves level by half time when a brilliant delivery from the otherwise poor Andreas Pereira found Rashford. He headed against the post and the ball went in off Heaton for what was later credited as an own goal.

The Reds finally spluttered into life after half time and enjoyed our best spell of the game, a period of pressure that culminated in us taking the lead. Heaton kept out Martial and Juan Mata had a penalty appeal turned down before Lindelof powered home a header from a Fred cross to turn the game on its head and put United in front.
But our advantage lasted only two minutes before Mings stole in to score on 66 minutes, with the goal given after a VAR check for offside.

Martial flashed a shot over the bar but a winning goal was not forthcoming as United had to settle for merely a point.