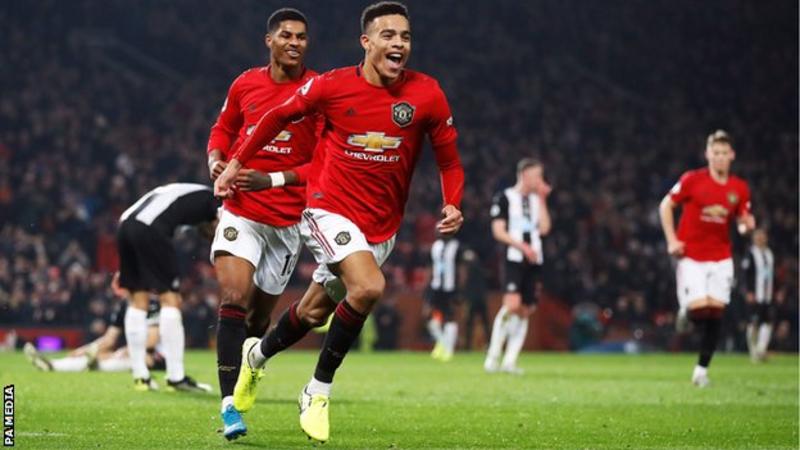 Manchester United celebrated Boxing Day in style with a come from behind victory over Newcastle at Old Trafford.
It was a day for Martial, Mason and Marcus as the Frenchman cancelled out Matt Longstaff's opener for Steve Bruce's side. Mason Greenwood's stunning strike went in off the bar, Rashford headed in the third and Martial completed the rout with the fourth goal six minutes after the restart.

After Chelsea's home defeat to struggling Southampton, the result saw Ole Gunnar Solskjaer's side remain seventh but move to within four points of a Champions League place. Erratic and inconsistent we definitely are, but performances like this prove the burgeoning potential of this young Reds team.

Having slipped to defeat at St James Park and facing a Newcastle side in a newly found run of form, this looked a tricky proposition as United - boasting an impressive Boxing Day record - faced Steve Bruce's Magpies.
Scott McTominay was booked inside a minute, one of the fastest ever Premier League bookings, but the visitors started brightly and twice went close early on. Miguel Almiron skewed off target before Dwight Gayle spurned an excellent one-on-one opening when he smashed over the bar having put through by strike partner Joelinton.
United did not heed these warnings though as black and white lightning struck twice a couple of minutes later. Matty Longstaff - brother of United target Sean and the man who made the difference in the return fixture - was at it again. Fred lost the ball on halfway and Longstaff played a one-two with Joelinton before the latter found the former unmarked on the edge of the area. Longstaff's low effort beat David de Gea, for the second league goal of his career both of which have come against Ole's Reds.

Parity was swiftly restored seven minutes further on. Luke Shaw threaded the ball through to Andreas Pereira, in the no.10 role, and he in turn laid it off to Martial.  The Frenchman tried his luck with a 20-yarder, and found the net with a daisy cutter. Newcastle keeper Martin Dubravka should have done better but was unable to keep it out with his outstretched right arm.
Pereira twice went close and Rashford almost scored with a volley before a spell of relentless Reds pressure was capped with a magnificent moment of magic from one of our own and a generational talent.
Fabian Schar lost possession as United harried and the ball fell to Mason Greenwood. Collecting the ball from deep, the teenager surged forward and fired towards goal. The ball took a slight deflection but he hit it with power and it was probably going in anyway even without the intervention of Longstaff. Greenwood's left-footed effort crashed off the bar to leave Dubravka helpless and put United ahead - Greenwood's eighth goal of a breakthrough season.

Solskjaer's side continued to press as Dubravka saved well from Pereira, but the Reds were rampant and moved further ahead four minutes shy of the interval. McTominay won the ball from Sean Longstaff, the ball was pushed wide to Aaron Wan - Bissaka who placed a pinpoint pass on to the head of Rashford and he buried a CR7-esque header.

De Gea saved easily from Joelinton after he had spun Victor Lindelof, before Paul Pogba came on for the limping McTominay at half-time.
United needed to put the tie beyond any lingering doubt and duly obliged six minutes into the second half. A poor backpass by Longstaff (S.) allowed Martial to burst clear and he dinked the ball over the advancing Dubravka to wrap the game up and seal three hard earned points. 4-1 was, though, perhaps a slightly flattering scoreline.
Dubravka saved from Pogba and Martial was only denied a treble by the upright, as he rattled the post having been found by influential compatriot Pogba.

Greenwood was unable to turn home a lovely cross by substitute Juan Mata before Harry Maguire tested the busy Dubravka from range, but things petered out and United comfortably cruised to victory.