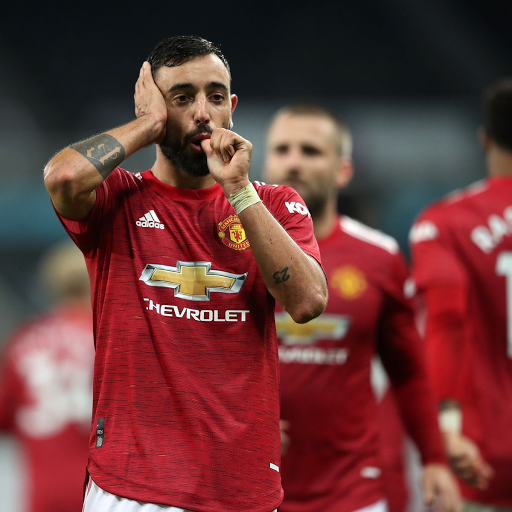 Manchester United have had an awful record in the transfer market since 2009 but Bruno Fernandes has proved the exception to that rule.
When he was signed from Sporting Lisbon in January - it's mad to think he's been here ten months already - Ole Gunnar Solskjaer and United were at rock bottom, having lost to Burnley and seen Liverpool recede over the hill and into the distance en route to the title.

There have been some truly awful signings, players such as Morgan Schneiderlin, Angel Di Maria, Bastian Schweinsteiger, Alexis Sanchez, Bebe, and Wilfried Zaha to name but six. There has been the odd gem in there too, Javier Hernandez and David de Gea for example, but the bad far outnumbers the good.

We needed a miracle, a Messiah and a saviour as a succession of hapless transfers, equally inept managers and a worse boardroom had brought moribund misery at Old Trafford. We needed someone to sprinkle stardust on United's rabble of mismatched, discombobulated pieces.

All that and more duly arrived with the uplifting arrival of Bruno for a fee of 47m - a fee that is rapidly becoming a steal. A man few knew much about, but would very soon become accustomed to. An instigator, an invigorator and an inspirer. The string-pulling heartbeat of Solskjaer's United. United should have signed him the previous summer, but he arrived just in time to spark our late surge into the Champions League positions. Had he signed the previous summer, we would have finished much closer to the top two instead of the eventual 33-point deficit.

Manchester United's previous buy from the capital club of Sporting Lisbon? A brash, brazen and braid-headed teenaged tyro, a show pony with the world at his feet and the personality and temperament to match. That boy would go on to become synonymous with football par excellence and develop into arguably the greatest player the sport has ever seen. Some lad by the name of Cristiano Ronaldo. United had never had anyone quite like him before, and haven't had since.

But even he did not have the same immediate, cataclysmic impact that Fernandes has had on this football club. As brilliant as CR7 was, it took him a couple of seasons to kick into gear, for us to truly see him at his devastating, jaw dropping best. Although his talent was clear for all to see, Ronaldo didn't hit his peak and climb the summit until 2007, three years into his Old Trafford career. He came into a developing side that was already set to become all-conquering serial winners, dovetailing with the likes of a young Wayne Rooney and a prime Paul Scholes, Ryan Giggs and Rio Ferdinand et al. Perhaps only Eric Cantona had a similar galvanising effect when the mercurial Frenchman provided the missing piece of Alex Ferguson's puzzle. United were nearly men, almost there but not quite, until 'Le Roi' rode into Old Trafford on horseback and took up regality at his royal residence.

United circa 2020 was a club on its knees, as far away from those halycon days as its possible to be, when Fernandes came. 35 games later, and there have been 36 direct goal involvements. Fernandes has hit 21 goals, the fastest midfield player to hit that landmark in Reds history, and he's carved out 15 assists. Frightening numbers that no one before him has ever put up. Is there a better playmaker in the Premier League at present? Kevin de Bruyne is off the boil and has had a disappointing season so far by his lofty standards. No one else really comes close. 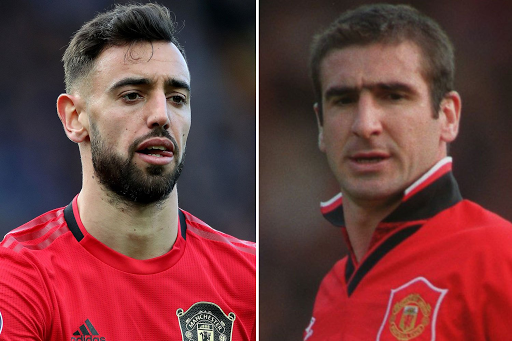 Fernandes is far more than just his hop-skip-jump penalty technique, too, as he's shown he's capable of scoring all sorts of different types of goals. There was the beautifully cushioned, perfectly caressed header against Everton, the counter-attacking top bins curler at Newcastle and his net-busting half volley against Istanbul. Adept from close range or from distance, he can see a pass like no one else does and is always involved. It's true he loses the ball a fair bit, but I don't mind that as it shows he's willing to take risks and to try something different. He often loses possession in harmless areas and wins it back through his pressing.

His impact goes far beyond simply his creativity. Fernandes is a United captain of the future, inspiring and lifting those around him. He's selfless too, as his actions on Tuesday showed. With Fernandes on a hat-trick and United given a penalty, he passed up the chance of a treble and allowed Marcus Rashford to do the business, fulfilling a promise he'd made to our no.10 that Rashford would take the next one. At Everton, with Fernandes having hit a brace, he again could have gone it alone to get a hat-trick, but instead teed up Edinson Cavani for his first United goal. Putting the team before his own personal glory and never taking the limelight. He's a natural leader, and has proved himself a United skipper in all but name.

You have to be a truly special player to win over the Manchester United fanbase after less than a year. Some are never accepted, others only ever appreciated after they've gone. Fewer still become instant fan idols and cult heroes. Bruno Fernandes has become every United fan's favourite player as the epitome of everything this club should strive to be. The fact he was voted as Player of the Year six months into his time here tells you everything you need to know about the place he already holds in all our hearts.

Bruno Fernandes is Manchester United and Manchester United is Bruno Fernandes. After years of expensive flops, he is looking like one of the greatest additions in the history of this great club. He has everything in his locker to go on and join the pantheon of legends that have taken to Old Trafford's hallowed turf. Perhaps one day, in 20 or 30 years time, we'll still be talking about him and idolising a Portuguese playmaker who left an indelible legacy in the manner of his predecessor.