Shambolic, amateurish and absolutely hopeless.. Man Utd didn't have a clue what they were doing

Ole Gunnar Solskjaer has been in charge of Manchester United for almost two years and 101 games. 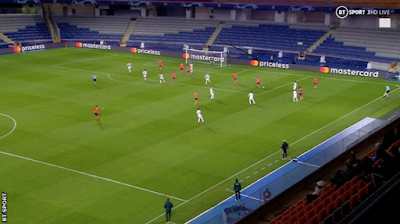 Game number 99 - the stunning win over RB Leipzig - provided the affable Norwegian with one of the best nights of his Manchester United life as his diamond formation sparkled and made a top European side look very ordinary. If he had hoped his century would provide similar cheer, he would be rudely awakened as United instead produced one of the worst showings of his tenure. Number 100, a shoddy, lifeless and meek surrender in the face of an Arsenal masterpiece, would be one Solskjaer will want to forget in a hurry.

As the Reds headed to Istanbul and the banks of the Bosphorus to face Basaksehir for number 101, there was one question hanging over the Fatih Terim Stadium - which Manchester United side would turn up today?
That in itself epitomised our major Achilles heel - the maddening tendency to lurch from the ridiculous to the sublime with little in between. We're either very, very good (PSG, Leipzig) or shockingly terrible (Palace, Spurs, Arsenal). Having beaten the former two with ease and very impressively, surely Istanbul Basaksehir - an ageing collection of journeymen veterans and former Premier League cast offs - should not provide too much of a test.

Yet, this pathetic excuse, this spineless rabble of inept, gutless, weak minded and incohesive jumble of discombobulated pieces were an absolute embarrassment. I'm sick of penning the same words over and over and over again - it's like a broken record, but there's simply nothing else you can say. Save for those two aforementioned European encounters, Manchester United have been alarmingly average all season and absolutely hopeless in the last two games.
Istanbul's first goal would be a poor goal to concede at Sunday league level, never mind in the continent's elite football club competition. It was absolutely astounding, with United's 168m defence nowhere to be seen and conspicuous in absentia.
United had a corner and played it short with everyone in the box. The ball broke loose and Edin Visca thumped up field with every United man in his own half.
Nemanja Matic was the only player anywhere near but never had a hope of getting back as former Chelsea man Demba Ba latched on to the clearance and ran through to slot beyond Dean Henderson for the easiest goal he will ever score. Completely unprofessional, absolutely amateurish and an embarrasment. United didn't have a clue what they were doing or who should have been where. It was a damning indictment of Solskjaer's shapeless, clueless, and completely woeful Manchester United.

It was an absolute gift. Istanbul must have thought all their Christmases had come early and at once. There was zero shape, zero organisation, zero desire and zero communication. Solskjaer did not tell the players to go out and defend like that, but where was the coaching? The players have to take their share of the responsibility, but Solskjaer is the manager and the buck - rightly or wrong - will always stop with him. Not one player did his job correctly.

Nobody - players, coaching staff or manager - can shirk accountability and come out of it with any credit. Ba had the freedom of the city to score and the fact United's players were so high up the pitch and so criminally out of position beggars belief. You still can't quite believe it. It suggests a lack of intelligence, awareness and leadership, a complete dereliction of whatever blueprint Solskjaer, Mike Phelan and co had put in place. Harry Maguire, United's 80m captain, isn't worth 80p at the minute. Aaron Wan - Bissaka gets a nosebleed when he crosses over halfway and Axel Tuanzebe, so impressive against Neymar, Mbappe and co, was hauled off at half-time. Only Luke Shaw can come out with any modicum of credit. 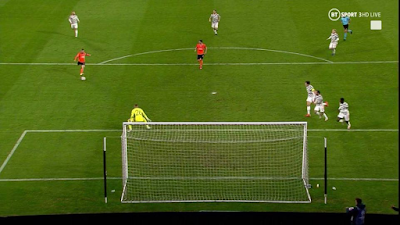 The second goal was just as bad when United lost the ball and Deniz Turuc seized possession and burst into the box. United were at sixes and sevens and left all at sea as Ba dummied for Visca to slam home - unmarked and in acres of space - beyond Dean Henderson. It was a disasterclass. Comical, computer game, FIFA cheat code defending.

Even when Anthony Martial headed us back into the game, you never felt United had it in them to go on and win or even equalise. Istanbul sat in a low block, stayed compact and asked the Reds to break them down. It was a question we didn't have a clue how to answer.

It all leaves Solskjaer on the back foot again as we head to Everton, scene of the 0-4 loss in 2019 that left the United boss raging. He vowed such a shitshow would never happen again.
But such embarrassments have returned, and keep happening - like much of Solskjaer's tenure, as soon as United seem to be building momentum, we throw in dreadful and feeble showings with the inevitably questions asked about his suitability for the job.

It isn't terminal for Ole just yet but something has to change. Otherwise the spectre of Patricio Mochettino will only continue to grow.

Posted by United Faithful at 04:18