What next and where now for Manchester United?

It says a lot about the pulling power Manchester United have that, even in this extraordinary week, we continue to dominate the headlines.
In a week when England went into (another) lockdown amid a rise in Covid cases, the eyes of the world were cast on our transatlantic cousins as the American people chose their next POTUS in the midst of a world changing pandemic.

Yet despite all this, despite these two massive seismic moments in history, Manchester United are never far from the headlines. Even in a monumental week, the back - and even the front - pages of newspapers and websites had blanket coverage of United's latest travails. If Ole Gunnar Solskjaer thought that events elsewhere might take the spotlight off him, then he was mistaken. 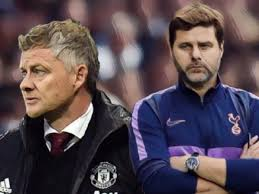 Just as Joe Biden closes in on taking the White House and replacing the previous incumbent for a four year stint, so the shadow of Mauricio Pochettino loiters over Old Trafford. He hasn't quite been voted in just yet, but you feel as though this particular presidency doesn't have much longer to run. This time, though, not even the popular vote may be enough to save Solskjaer. United's hierarchy are Biden their time (get it), but it now seems a case of when, rather than if, they turn to the next candidate.
Jobs and pressure do not come much bigger than taking the White House and leading Manchester United with the incumbents two of the most influential and important people on the planet.
You will only ever get criticism, your decisions will impact millions, the world watches your every move and everything you do will get scrutinised and magnified tenfold. Column inches are devoted to both POTUS and the United manager, you have the weight of the world on your shoulders at every turn and - if you're lucky - you might just longer than four years.

For what feels like the umpteenth time, Manchester United are at a crossroads. For what feels like the umpteenth time, Solskjaer is a manager on the edge and walking the tightrope. We've been here before. Just ask David Moyes. And Louis van Gaal. And, indeed, Jose Mourinho. Like the other men before him, the other men given the impossible task of reviving this sleeping giant, Solskjaer has been set up to fail.

Let down by a toxic boardroom regime that fail to give any manager a chance of success. We still don't have a director of football or anyone with an ounce of football knowledge on the board. The cancerous, ruinous, corrupt, money grabbing, penny pinching wankers failed to back their manager in the summer - the manager they were so keen to appoint in the hope of instilling a long term vision that remains impossible to detect. The board's antipathy amounts to criminal negligence and a dereliction of duty. They have set Solskjaer up to fail just as they did with Moyes, with Van Gaal and with Mourinho. Solskjaer didn't get any of his top transfer targets and continues to vouch for the board. All the time this toxic boardroom regime put money before medals, then we are doomed to failure.

Whether you think Solskjaer is the right man for the job or not, it doesn't explain how every manager has failed to strike a tune out of these players. This squad may be talented, but they are spineless, gutless, lazy and weak minded babies. He has shown loyalty to these players, perhaps too much so, but yet they are going to get him the sack and throw the fourth United manager in succession under the bus. He has been let down by them, too. There was a total lack of leadership, intelligence and awareness in Istanbul on Wednesday night following the meek, feeble surrender to Arsenal and the drab draw with Chelsea in recent weeks. The woeful far outweighs the wonderful at the moment. 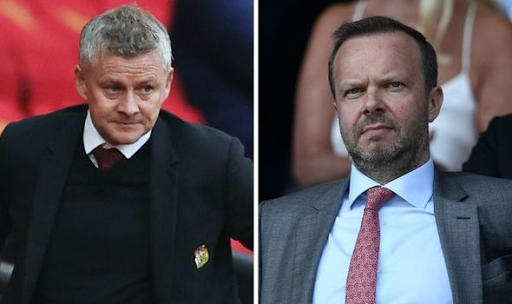 Solskjaer can set up the side superbly for specific big game assignments but good, consistent sides have an identity and a clear strategic game plan week in week out and regardless of opponents. United's is difficult, nigh on impossible to detect and that's a massive issue after almost two years in the job.

But we can't simply keep sacking managers. How can we ever expect to build a long term vision for the future if we keep changing personnel every two minutes. What makes us believe Pochettino can do what Van Gaal and Mourinho couldn't manage? What if he doesn't want these players? He'd rebuild the squad from scratch and that would set us back even further.  Nothing would change all the time this board are in situ. You can't plan for one manager but then change the narrative halfway through. It's like Groundhog Day. Van Gaal came in, got backed in his first season, secured Champions League football then was hung out to dry before his sacking.
The same happened under Mourinho and history is repeating now with Ole. The end of one toxic and exhaustive cycle but the start of the next.
Posted by United Faithful at 09:08
Labels: features, opinion