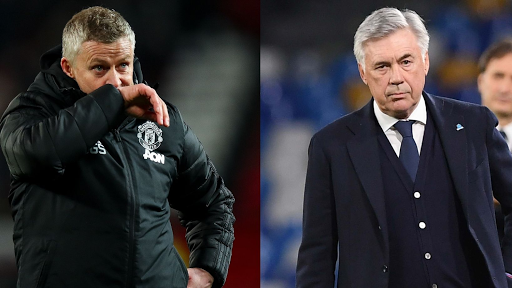 Ole Gunnar Solskjaer faces the most pivotal 90 minutes of his United tenure as he takes the out-fo-form  Reds to Carlo Ancelotti's high-flying Toffees.
Solskjaer's side have suffered back-to-back defeats, back to back losses and fresh questions over the United boss's suitability for the role. The club have reportedly contacted former Spurs boss Mauricio Pochettino over the job but Solskjaer - who is yet to win at Goodison Park in two visits - remains steadfast.

He said: "If I don't trust my beliefs and values, who will - I don't look at one or two results and fall like a house of cards."
There are demands on any coach, players and manager, particularly when you are at Manchester United. There is an expectation and we have to be tough mentally. We are the best, the biggest and the most talked about club in the world. Wednesday night was very disappointing, we didn't expect anything but criticism. "It is how you deal with it.The boys are ready for a reaction, we are all hurt. It is never easy when you lose two games on the bounce but I have learned how to deal with the good times and the bad times.
"Every game of football quickly becomes history very quickly - I want us to go to Goodison Park with a strong mentality and a positive frame of mind."

United lost 4-0 here in 2019 on Solskjaer's first vist there as Reds boss, whilst last term brought slightly more joy but only a point as Bruno Fernandes cancelled out Dominic Calvert - Lewin's early opener in a 1-1 draw in the penultimate pre-lockdown tie, having also shared the spoils by the same scoreline at Old Trafford.
Despite the impact made by Ancelotti's shrewd summer signings, Calvert - Lewin has been the name of everyone's lips as the striker has become the focal point of the veteran Italian's evolving team. Calvert - Lewin is only two shy of his tally from the whole of last term - thirteen - already and has earned an England call up, scoring on his debut for the Three Lions in the friendly win over Wales.

Everton started the season in fine fettle, surging to the top of the league having won their first four games. Ancelotti's ban had stumbled since, though, with only point from their last three games - a draw in the Merseyside derby - and successive away defeats to Southampton and Newcastle.

That has seen them slip from the summit and into fourth place, but Goodison Park is a difficult trip, even without fans, and Solskjaer will again be looking to his knack of pulling a result out when he's under the heaviest of pressure. We know how good United can be but inconsistency has been the major hallmark of this side throughout Solskjaer's reign and, as the shadow of Pochettino looms, he cannot afford many more performances like the ones against Arsenal and Istanbul.

Injuries have hindered them and the Toffees have come unstuck, but they have players to hurt United such as Calvert - Lewin, James Rodriguez and Allan, and will prove a dangerous opponent. United sit fifteenth, but have won both of our away games and only sit six points off fourth place with a game in hand. 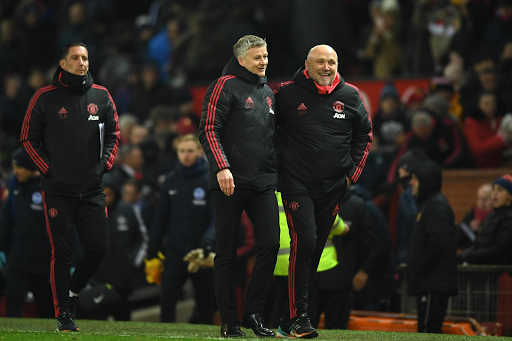 Mercurial playmaker Rodriguez could return for Everton, but Richarlison is suspended. Lucas Digne is available again after his one match ban but defensive duo Seamus Coleman and Ben Godfrey are both injured, providing Ancelotti with a headache in the right-back position.

For United, Alex Telles has completed his stint in self isolation after a positive Covid-19 test, and could be in line for a Premier League debut. Jesse Lingard, Eric Bailly and Phil Jones are all out and Victor Lindelof doubtful, but Anthony Martial has completed his three-match ban and will return to the side. David de Gea is expected to replace Dean Henderson between the posts after the latter's Champions League bow in Istanbul.

Manchester United's trip to Goodison Park is a Saturday lunch time kick off at 12.30 and will be live on BT Sport.

Posted by United Faithful at 09:19