Manchester United's only consistency is their inconsistency 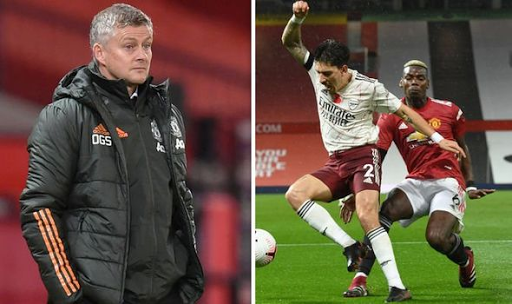 Pierre-Emerick Aubameyang ensured United remain without a home win in the league this season on the occasion of Ole Gunnar Solskjaer's 100th game at the wheel.
Once again, it was not just Solskjaer left searching for answers. The defeat to Arsenal continued United's recent trend of two steps forward but one back. Just when you think the Reds are set to put together a winning run, we slip to defeat. Just when Solskjaer looks on the verge of the sack, he pulls a result out.
It left us fans scratching our heads too - scratching our heads in bemusement at this wildly fluctuating United side.
Manchester United are inspired one week, yet insipid the next. Brilliant to alarmingly average in four days. The only consistent thing about this side is its inconsistency. The two performances in the Champions League have been befitting of a side that have suggested we could be dark horses. Yet, in the Premier League, they look like a side struggling at the wrong end of the table. Palace, Spurs and now Arsenal have all left Old Trafford victorious. Chelsea got a point, but should have had a penalty. United aren't just losing games but getting dominated whilst doing so.
This issue of inconsistency was evident last season, too, when the Reds had a very impressive record against the other so called "big six" sides - four points from Spurs, six points from City and Chelsea (also beating them in the cup), six points from Leicester and - although we only picked up a draw against Liverpool - we played very well in defeat at Anfield.

Yet we lost to Newcastle, West Ham, a Bournemouth side that would eventually be relegated, Burnley, and another Championship-bound side in Watford. It is a problem that has persisted this season.
How you can go from losing 6-1 to Spurs but then pulling off a win over PSG, or from beating Leipzig to then a defeat against Arsenal is beyond me. I'm sure I'm not alone in that regard. On our very best day, you feel this United side have it in them to beat anyone in world football. At our best, I'd fancy us in a one off game against Bayern Munich. But at our worst, you'd also back us to LOSE against anyone, too. That, in a nutshell, is our problem. When we're good, we're very, very good. When we're bad, we are abysmal. It is a trend we've seen so often. You can accept it if you're one or the other but - whilst it undoubtedly makes life more exciting - there's nothing more frustrating than supporting such an inconsistent, illogical and unpredictable and Jekyll and Hyde side. Teams with such erratic form rarely succeed. 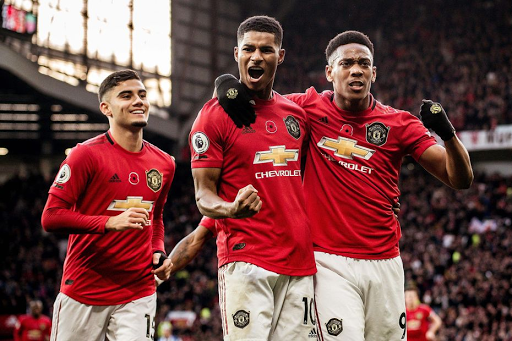 United have made a difficult Champions League group look anything but so far. Despite starting the section as outsiders to progress, we've swept to deservedly comprehensive wins over French giants PSG and Julian Nagelsmann's Leipzig - semi-finalists last season. Solskjaer showed flexibility, adaptability and no little tactical nous in those games.  His 3-5-2 in Paris morphed into a diamond for the Leipzig tie and he stuck with that against Arsenal. It was the system and the selection most of us wanted to see but we unable to replicate the level of performance. Part of that was, in fairness, due to Arsenal's tactical setup. Whereas United consistently broke the German side's press with ease, we were never able to get through, behind or around the Gunners. They harried us, squeezed, hassled and pressed us into submission.
Scott McTominay seemed at odds with the system, United couldn't get Marcus Rashford and Mason Greenwood into the game and Fred - very impressive of late - was bullied and bogged down by the dominating presence of Thomas Partey. Fred is not the best on the ball at the best of times and lost it too often, getting booked and sparking his withdrawal with half an hour left. In a diamond, the full-backs have to get forward to provide the width but Aaron Wan - Bissaka and Luke Shaw were either unwilling, or unable to do so.
Bruno Fernandes cut a frustrated figure and he, too, was substituted. The man to replace him, Donny van de Beek, looked decent in his 15-minute cameo and came closest to an equaliser, hitting a post.
So, where does this leave us? Fifteenth in the league after six games, on seven points, that's where. I'm not particularly concerned by that at this stage - it's still early in the campaign, the league looks like it's going to be a strange one and we do have a game in hand. A couple of wins and you're right up there. United often start badly and were in a similar position at the corresponding stage last season. I don't tend to pay much attention to the league standings until around Christmas time and, as already mentioned, a good run will push us up the table. But we need to start picking up points soon. Even in the two games we've won, the Reds have flattered to deceive. The 100th-minute penalty at Brighton came with United having been second best, and we only saw off Newcastle in the last ten minutes with a late flurry. The 4-1 scoreline was flattering.
Every time United take a significant step forward, it is followed by a bigger one back. Solskjaer has been at the club almost two years but yet has not been able to iron out this side's major flaw - if, indeed he ever can.
Posted by United Faithful at 03:04
Labels: features, opinion