21 may not be coming after all for Manchester United

Well, it was certainly fun while it lasted wasn't it? 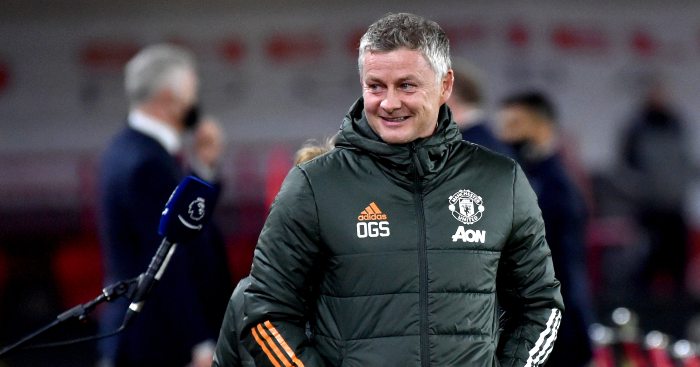 When Manchester United hit the Premier League's top spot with a 1-0 victory over Burnley last month, social media was awash with understandable - if premature - excitement. United were eleven games unbeaten and had defied the odds to surge to the summit and we got carried along on a wave of emotion as hope turned to belief and that belief in turn gave way to expectation. This was supposed to be a season in which United consolidated and looked to close the gap on our more illustrious competitors.

Instead, for the first time since our last title winning season, the Reds led the way in the New Year and, temporarily at least, we dared to dream. Dared to dream that the club legend - the baby faced gaffer from Scandinavia would do what many thought improbable, if not impossible, and deliver the goods with the odds stacked against us and with the daunting spectre of fellow North West heavyweights Manchester City and Liverpool lurking at every turn.

Tongue in cheek it may have been, but the hashtag #21iscoming became a regular feature of many a Reds' Twitter feed. For all our baiting, there perhaps seemed a perfect symmetry that, as 2020 made way for 2021, United's tally of league title wins would do the same. The stars seemed to have aligned and make the Impossible, not for the first time, possible.

Alas, a month on, and the dream has started to fade. Of course, it's only February and there's still 16 rounds of matches to go - in layman's terms, an awfully long race to run. But what looked to be a four way title tussle for the ages is now rapidly in danger of becoming a one horse procession. Manchester City's winning run was extended to a thirteenth match with a rare and clinical victory at Anfield, all but putting the faltering champions out of the picture and firmly establishing themselves as favourites, opening up a five point gap in the process.

Five points may not sound like much at this stage but Pep Guardiola and his team of City slickers are a side in the finest of fettles. They don't look like conceding even a goal, never mind dropping any points, at the minute. Coupled with the fact they have a game in hand and have been the only team with a semblance of consistency, and you can suddenly see why they have to be regarded as already having one hand on the trophy. Of course, its not in Manchester United's raison d'etre to give in, our very DNA dictates we fight until we can fight no more, and you can be sure that despite what he's said publicly, Ole Gunnar Solskjaer's in-house message will follow a very different path. You can never completely write us off, but it would take a man with enormous "cojones" to put your money on anyone other than the sky blue of City from here. Indeed, you're more likely to have success on a wager for them to go the rest of the campaign unbeaten than you would for anyone to pip them to the crown. The only thing that can stop Manchester City from winning the title now is Manchester City themselves.

Scoring for fun and securing shut-outs supreme, it is difficult to see anyone denying the mob from across the city a third title in four years. United will need a minor miracle to do so from here - we've dropped too many silly points and are conceding too many silly goals with our "GA" column of 30 the most of any top half side. If even if they DO drop points, we'll drop more. As our legendary former manager Sir Alex Ferguson once said: attack wins you games but defence wins you titles..

Our attack is as good as City's and we're the top scorers in the division but its at the other end where any realistic tilt for the title has persistently been undermined. Our front four of Mason Greenwood, Bruno Fernandes, Marcus Rashford and Edinson Cavani (or Anthony Martial) is as good as any the continent has to offer, but a defence of Harry Maguire and Victor Lindelof won't win you a Premier League title. For context, City have let in a paltry 14 from their 22 games, their backline significantly bolstered by the arrival of Ruben Dias (he looks a quality player) and the unexpected renaissance of John Stones - a man reborn by the presence of his impressive centre-back partner from Portugal.  Perhaps, after all, 21 isn't coming. I don't think many of us actually ever genuinely, deep down, believed it would be, but it was a heck of a lot of fun when we were top of the table and boiling piss for those couple of weeks. Ultimately, United aren't a side - not yet at least - at the level of league champions.

But Solskjaer's Reds certainly remain on the right track. In truth, this season was never really about the title. It was one in which we looked to bridge the gap between City and Liverpool. We've done that alright, five points off the former and the same number ahead of the latter, in anticipation of a genuine title challenge with added re-inforcements next term. The world and his wife can see that Manchester United need one, if not two, new centre-backs with the injury prone Eric Bailly and not-good-enough Phil Jones and Axel Tuanzebe the only other options besides Maguire and the Iceman. Sevilla's Jules Kounde and Leipzig's wonderfully-named Dayot Upamecano should be the priority.

Even a second placed finish would represent improvement on last term's showing when United were third with that final day flourish at Leicester, albeit with a distant, yawning 33 point chasm to the eventual champions from Anfield. If we'd been offered this position at the start of the season, every Red would have snapped your hand off.

So let's strap ourselves in, enjoy the ride and see where the rollercoaster that is the 2020-21 campaign finally takes us.

Posted by United Faithful at 03:55