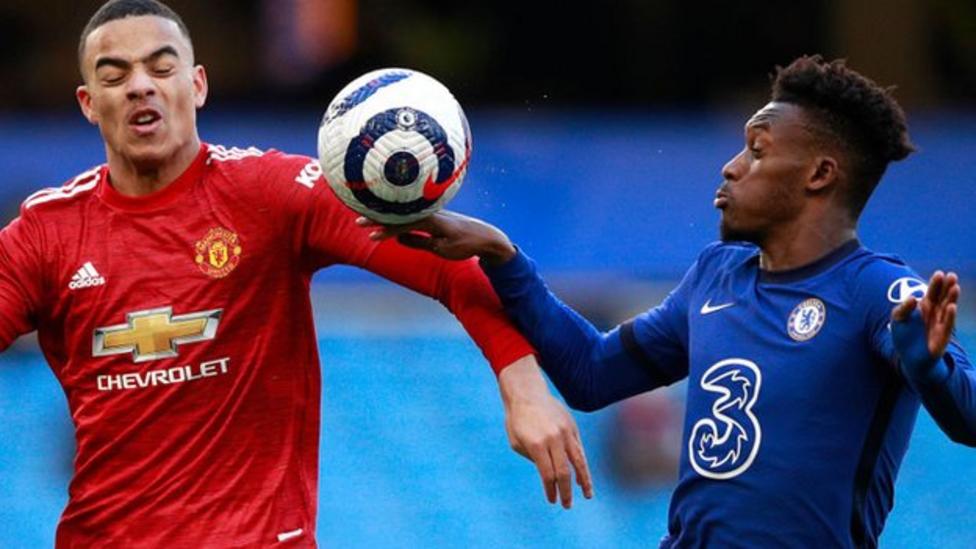 Manchester United were denied victory by the incompetence of referee Stuart Attwell after the official refused to award a blatant penalty in our favour at Stamford Bridge.
In an otherwise disappointing draw, the Reds had yet another major decision go against us (that's now Fulham, Burnley, Everton, West Brom, Sociedad and Chelsea) when what looked a clear handball against Callum Hudson - Odoi was dismissed by Attwell after he consulted VAR and stuck with his original decision. The ball bounced up and struck the arm of the Chelsea wing-back - high above his head and clearly in an unnatural position.

It means that both meetings between these two heavyweights have ended goalless in 2020-21 and keeps United sitting in second, six points ahead of their hosts, so its a far better result for us than it is for Thomas Tuchel's in-form Blues side.
Nevertheless, a deserved point should have been all three were in not for Attwell's intervention, as the referee allegedly told the players he should have awarded the spot-kick but chose not to for fear of the repercussions it would cause.

Ole Gunnar Solskjaer restored Harry Maguire, Luke Shaw and Marcus Rashford to the side whilst there was a surprise return from injury for Scott McTominay as the gaffer made five changes from the midweek draw with Sociedad.
Tuchel's men, with their need for victory perhaps greater, began brightly and went close early on through Mason Mount only for the much maligned Victor Lindelof to recover the situation with a superb sliding interception.

Rashford - with memories of his inner Ronaldo on this ground last year still fresh in the memory - lined up a repeat performance 25 yards out on 12 minutes. Edouard Mendy pushed the ball out from the free-kick but the ball fell loose and looked to be handled by Hudson - Odoi, only for Mr Attwell to decide not to give it.

David de Gea saved well from Hakim Ziyech and Hudson - Odoi then flashed a shot wide from distance before the tie lapsed into a more stultifying pattern after the frenetic, end to end opening.
Olivier Giroud, so often the scourge of United and perhaps surprisingly picked ahead of Timo Werner, then came within inches of putting Chelsea ahead on the half hour mark.
Having fired wastefully wide after De Gea miskicked, the canny Frenchman flung himself at a teasing Hudson - Odoi cross, but failed to connect and the ball flashed beyond him and was cleared to safety.

Bruno Fernandes went close with a deflected effort and N'golo Kante snuffed out a quick counter from Rashford as the Reds ended the half strongly.

Chelsea began the second period as they had the first, as they pinned United back and carved out several chances in quick succession. De Gea's superb reflex stop denied Ziyech but the rebound fell to substitute Reece James, only for Luke Shaw - excellent again - to block and preserve parity as Chelsea started to turn the screw.

Mason Greenwood, in his favoured no.9 position, flashed a shot narrowly over the bar from distance, and Mendy was then called into action to keep out first McTominay and then Rashford. Antonio Rudiger had a good game at the heart of the Blues defence and denied McTominay a comeback goal with a lunging challenge to prevent a trademark strike from distance by the Scot. 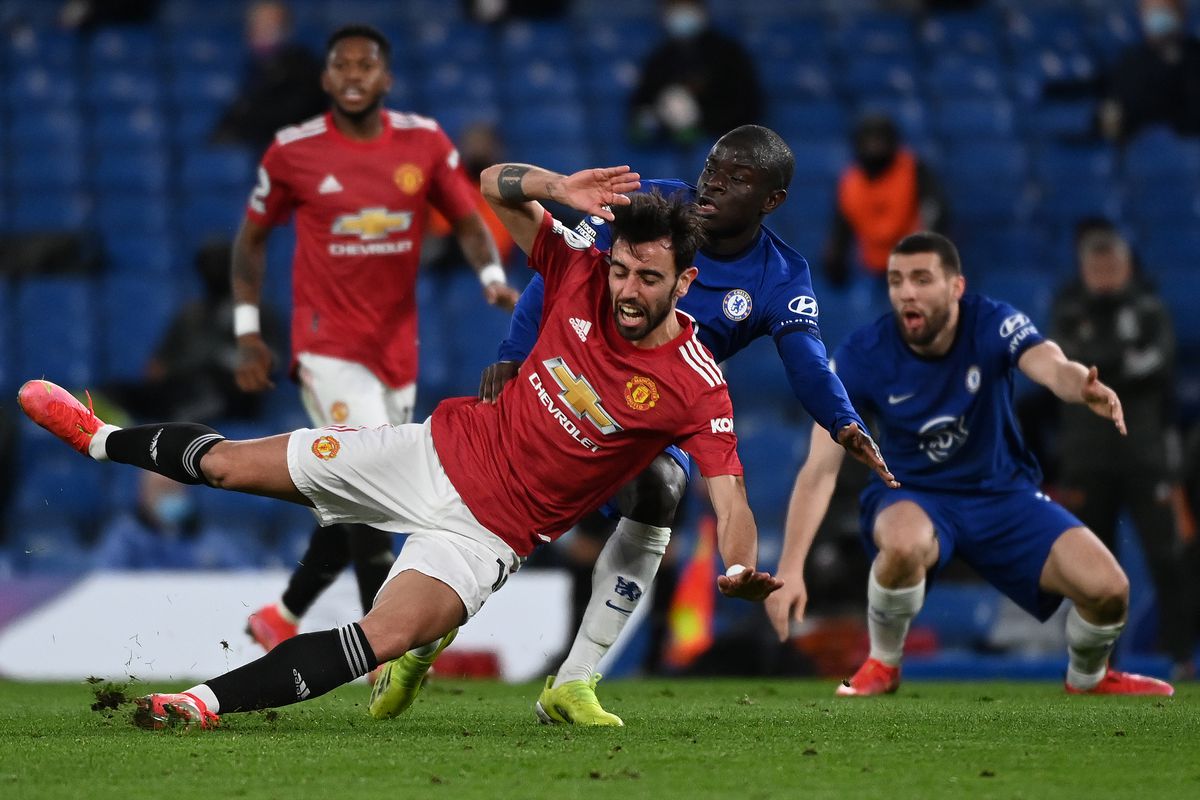 As the tie entered the closing stages, there was a sudden sense of urgency as the game became stretched and increasingly end-to-end. Fred went close to a rare goal with a good hit from distance, whilst De Gea saved from Mateo Kovacic at the culmination of a Chelsea counter-attack at the other end.

Lindelof has come in for his fair share of criticism of late but cannot be questioned here as the Swede made another pivotal interception, straining every sinew as he steered a dangerous James cross wide of goal with substitute Christian Pulisic well placed in the vicinity.

Pulisic and Werner, also introduced by Tuchel in the quest for a winner, both fired off target but United failed to make the most of a trademark burst forward when Fred released McTominay but the Blues recovered to clear.
Kovacic thumped wide with a 20-yarder but that proved to be the final play of the game as United secured a creditable result that maintains our six point buffer over the west London side.