Ed Woodward f**k off out of our club (RANT)

As the dust settled on Manchester United's worst league start for 30 years, off the back of another defeat - this time to the fodder of Newcastle - the anger within me was risible.
I try not to let things get to me these days, life is too important to stew on the result of a game in which 22 men chase a piece of inflatable leather around a field. But this time, in the immediate aftermath of another debacle, I found myself getting worked up. 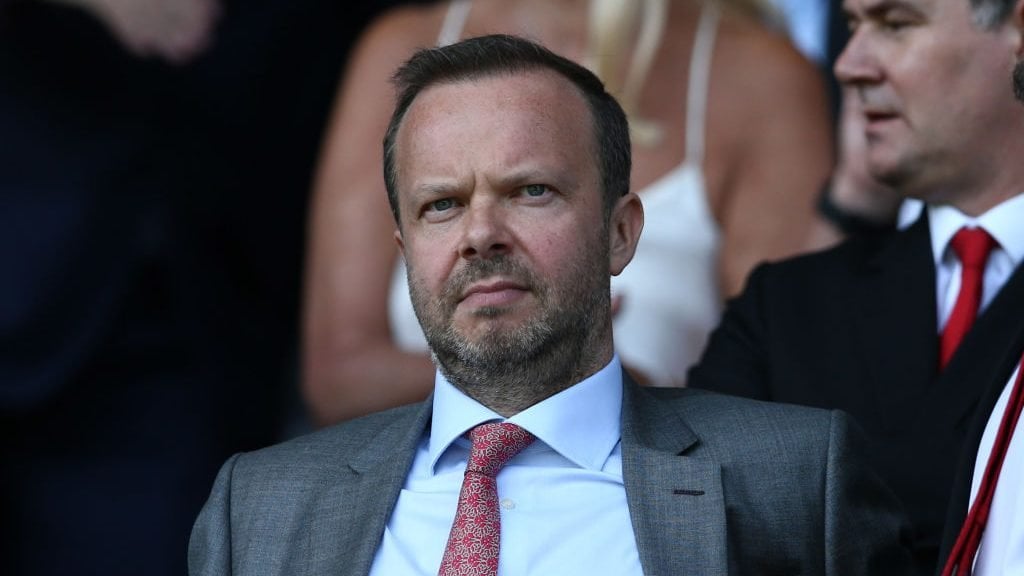 My anger was not directed at Ole Gunnar Solskjaer - a club legend, a fan favourite - who is looking out of his depth and like a lamb to the slaughter in the dugout at the moment. Of course, as manager, he has to cop his share of the flak. He is probably about 10% culpable. He can only work with what he has. At present, what he has is simply not good enough.That's not his fault.

That brings us on neatly to the elephant in the room - the individuals, or individuals - tasked with winning football matches for Manchester United on a weekly basis. "They're only following the manager's instructions" "He can't motivate them" "The tactics are wrong." Whilst there is validity in the final point of those three, the first two are absolutely nonsense. If I was on God-knows-how-much a week, I shouldn't need instruction or motivation to go out and do what I'm paid an extortionate amount to do - win matches. It is a myth that a manager needs to motivate his players. I never need motivating in my normal day job, I turn up, work my alloted hours and go home again. I'm not told what I need to do or need any kind of pep talk to do it.  If the Red shirt and everything it stands for isn't motivation enough, then the players should be nowhere near this club. They are probably about 10% culpable. How some of them continue to ply their trade for Manchester United is, indeed, a complete mystery. The fact that there are some to have survived four managers - Ashley Young, Phil Jones and Marcos Rojo to name but three - is baffling.

There is one common denominator in all this. The man 80% at fault for United's tale of woe. For all the plethora of problems permeating through the club, it all goes back to one man. One man who, for the past six years, has pissed money up the wall, turned our club into a cash cow, made us a laughing stock and caused a once mighty, all conquering empire to collapse and crumble before our eyes.  It is this man who is responsible for ruining the club. Our club. Recruitment has been shocking, nonsensical, irrational decisions made at every turn. A poisonous, power hungry and penny pinching puppet who is very good at making money but useless at everything else. How a club the size and stature of Manchester United continue to operate without anyone with an ounce of football knowledge on its board is entirely the doing of Ed Woodward. Even a mere mention of his name makes my blood boil.
His six-year reign of terror, lurching from one fuck up to another, is akin to gross mis-management and criminal negligence. Having faffed about for the past year and played with our feelings on the promise of getting in a director of football, Woodward has now gone back on his word by saying that we don't need one and he's happy with the way things are. He never had intention of hiring anyone to take his power away - clearly having someone capable of making rational, pre-planned, forward thinking decisions is too much for this board to stomach. Horrible piece of shit. Glazers puppet. Wankstain. Leech. All the time he continues to pull the strings in the Old Trafford corridors of power, we are doomed to failure. Having a commercial side to a football club is fine, but as soon as that is put ahead of on-field matters you will be in trouble.

He is the root cause of our problems and it's time he is held accountable. It doesn't matter who our manager is, Woodward will hide behind him and continue to let him down.

Posted by United Faithful at 07:56