Khun Vichai everything a foreign owner should be

United's win over Everton paled into insignificance at the end of the darkest weekend in the history of the beautiful game. A club, a city and a sport is in mourning and shock after the death of Leicester City owner Vichai Srivaddhanaprabha and four others in the crash of his helicopter moments after take off following the 1-1 draw with West Ham on Saturday. It followed the death of a Brighton fan at the game with Wolves and Glenn Hoddle's medical emergency at the BT Sport studio. 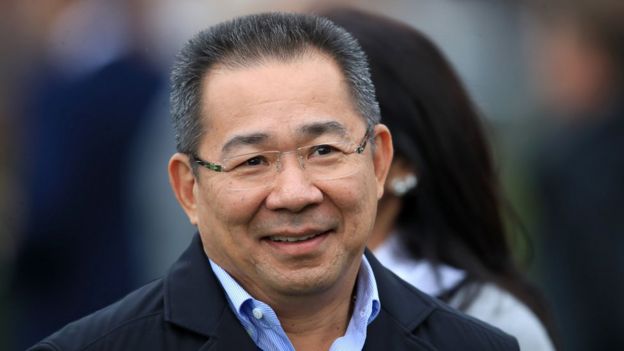 Not much was known about the life and work of a man known simply to all at the King Power as "The Boss" but it's clear from the mass outpouring of grief and the hundreds upon hundreds of tributes left in remembrance over the last few days that "Khun" Vichai was a football club owner like no other. For a club owner - particularly an owner not from these shores - to be universally loved by everyone he came into contact with is a very rare thing indeed. He was the exception and not the rule, and in this era of distant, money grabbing and parasitic owners who don't give a sh*t, many can take the lead from his example. Thai billionaire Srivaddhanapradha purchased then Championship side Leicester in 2010 and he quickly came to represent everything that a foreign football club owner should be. He donated his own money to the club and the community, paid off their crippling debts, socialised with and cared about the fans and attended every match home and away. A far cry from the hands off, disinterested approach favoured not only by the Glazers but by Arsenal's Stan Kroenke and most other overseas owners.
It was under his leadership and thanks to his amazing generosity that Leicester - lowly, little, 5,000/1 Leicester - did the unthinkable and ripped the Premier League status quo to pieces. Thanks to him, Claudio Ranieri and his side, a side hotly tipped for relegation, produced the single most incredible achievement in sporting history. In winning the title in 2015-16, they did the impossible and, even though it came at the expense of our United, as a football fan with a love of the unexpected, that never to be forgotten season holds a special place in my heart. The following campaign, he backed them all the way to a Champions League quarter final as Leicester defied the odds again. For that, we will forever be entirely grateful. Former United players Danny Drinkwater (now of Chelea), Danny Simpson and Barnsley loanee Matty James were three of the Foxes alumni in the title triumph that shocked the world. The trio were one of countless players to pay tribute to the Leicester boss on social media in the hours and days after his tragic death.

Not only did Vichai transform the fortunes of this small, sleepy East Midlands club, Leicester as a city became a better, united place through the input of Mr Srivaddhanaprabha. From giving out beer, cakes and scarves, paying for away travel and donating millions to local hospitals and charities, Vichai quickly became an adopted citizen of the city.

The thoughts, love and prayers of everyone at United Faithful are with Leicester City FC and the families and friends of the victims of Saturday's tragic events at this very sad time. United are a club that knows the anguish, pain and heartache of losing one of your own. RIP Khun Vichai.