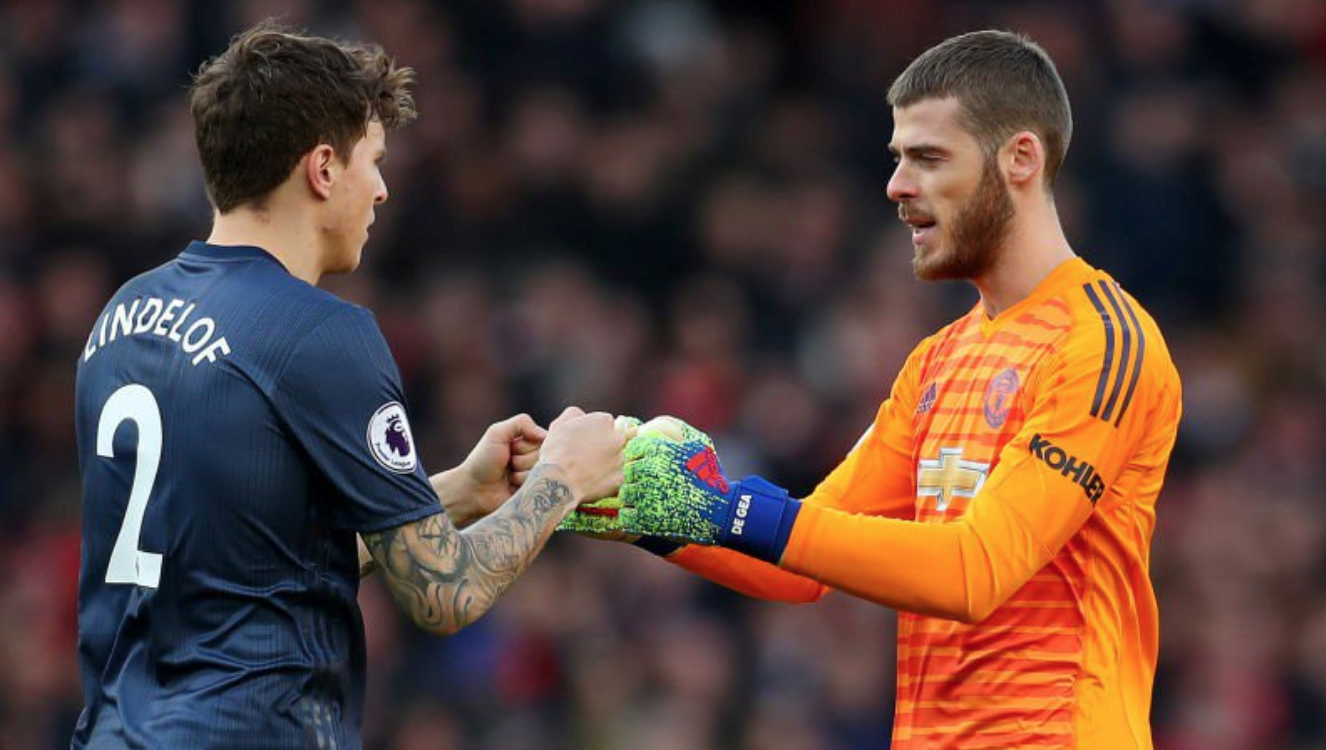 Unai Emery's Arsenal won a ninth successive home game, inflicted Ole Gunnar Solskjaer's first league defeat and leapfrogged United in the table.
Before this setback, Solskjaer boasted an incredible record of 14 wins from his first 17 matches, going unbeaten in the league. After it, the Reds sit fifth on 58 points, two adrift of Arsenal and three of third placed Tottenham, in a thrillingly congested battle for the Champions League that looks set to go down to the wire.

Following the miracle of Paris in midweek, this was a case of after the Lord Mayor's Show, with a physically and emotionally drained United struggling to get into their stride for much of the contest.
The Gunners took the lead after twelve minutes as they profited from an uncharacteristic error of judgement from David de Gea. It came from an unlikely source as Granit Xhaka collected the ball, and let fly.  His low shot from outside the area wrong-footed De Gea who took a step to his left, the ball swerving wickedly to the right and past him.

Before this defeat, Solskjaer boasted an incredible record of 14 wins from his first 17 matches, going unbeaten in the league. But with a number of players still out injured - including Jesse Lingard and Ander Herrera, who both started in the 3-1 Emirates FA Cup victory in January - and a physically and emotionally draining performance against PSG still fresh in the memory if not in the legs, United initially struggled to get going on a cold and blustery day in north London.

The Gunners took the lead 12 minutes in, having dominated the early possession. Alexandre Lacazette and Aubameyang had opportunities to give the hosts the lead inside the opening ten minutes, the latter trying his luck from distance as well as attempting an overhead kick; both shots went high and wide. Sead Kolasinac was a constant threat on Arsenal’s left wing too, his first cross of the match after two minutes evading everyone and luckily also going just wide of De Gea’s post.

The breakthrough goal came from an unlikely source in Xhaka. The Swiss international, urged to shoot by the home fans, did just that. His low shot from outside the area wrong-footed De Gea who took a step to his left, the ball swerving wickedly to the right and past him.

Moments earlier, Romelu Lukaku had United’s first real chance of the game, getting on the end of Luke Shaw’s cross. His close-range effort hit the bar, Paul Pogba retrieved possession but couldn’t find anyone in the box with his cross and Diogo Dalot’s follow-up effort was blocked.
Pierre Emerick - Aubameyang flashed a shot wide and strike partner Alexandre Lacazette also went close before wing-back Sead Kolasinac saw his cross evade everyone and drift wide.

Dalot - in for Eric Bailly as one of three changes to the side that won in Paris on Wednesday night - took up an advanced role on the right as he did against Crystal Palace. He was involved just before half-time; a lightning counter-attack initiated by a signature Pogba long-ball taken down brilliantly by Lukaku just outside the area. Dalot, played in on the overlap, pulled a pass back in the direction of Marcus Rashford but goalscorer Xhaka got to it just before the striker.

Bernd Leno saved well from Lukaku and Fred struck a post from distance, but Arsenal capitalised and moved 2-0 ahead with 20 minutes to play. The award of the spot-kick looked soft, when Lacazette went down under minimal contact from Fred, but referee Jon Moss pointed for a penalty.
Aubameyang had missed in the north London derby but made no mistake this time, and he slotted the ball down the middle for his 20th goal of the season.

Mason Greenwood came on to make his Premier League debut with ten minutes remaining, replacing Nemanja Matic, but his chances to make a dramatic impact were limited.