Manchester United will look to finish their season with a first piece of silverware under Ole Gunnar Solskjaer as the Reds face Villarreal in the Europa League final.
United take on Unai Emery's Yellow Submarines in Gdansk tomorrow evening with 9,500 fans in the stadium in our 61st and final match of a unique 2020-21 season. Fresh from a creditable runners up finish in the league, all the focus now is on delivering European flory and what could be a seminal moment for Solskjaer and his side.

Harry Maguire is a major doubt for the showpiece as United's skipper battles with an ankle ligament injury. It seems almost certain Maguire will miss out, even though he has travelled with the squad, and so Bruno Fernandes is expected to captain the side in Maguire's absentia. You have to feel for Maguire - the marathon man never gets injured for two years but the first one he gets rules him out of a cup final.

Solskjaer has a couple of major decisions to make over his team - who will partner Victor Lindelof at the back and will it be Mason Greenwood or Marcus Rashford on the right? Here are the eleven men we think Solskjaer will select and send out in Gdansk tomorrow night to bring home the trophy

Solskjaer faces a major dilemma in the summer as he has two very good goalkeepers but, of course, only one of them can be first choice. That's a debate for another day, but de Gea deserves to get the nod for the final following an impressive performance over two legs in the Roma semi-final. Henderson played in both legs of our last 32 and last 16 ties against Real Sociedad and Milan before De Gea took up the gloves for Granada and Roma. There's no reason to drop him here and having not played in the 2017 final when Sergio Romero was selected in his stead, De Gea will get his chance here.

A no brainer, Wan - Bissaka is a certainty to start having been rested at Wolves in our last league game in readiness for the final. His task will be made easier by the expected absence of Samuel Chukwueze - with Villarreal's wing wizard set to miss out through injury. Roma got a lot of joy when he was substituted at half-time in the Italian capital - AWB was on a booking and could have missed the final - and his importance was only highlighted in second half absentia. Primed and ready for his first major final at senior level

The Iceman will need to live up to his nickname as he attempts to shackle Villarreal's 29-goal striker Gerard Moreno. Without his cohort Maguire next to him, Lindelof is expected to be the senior man and has to shoulder the added responsibility of organising the defence in his captain's absence. Another rested at Wolves, so Lindelof is a certainty to play at the heart of the backline. Lindelof is bidding for his first major honour in English football and will look to head into the heat of battle with Sweden on a high. I expect this to be a busy evening at the office for him.

The big call for Solskjaer - does he go with a relative rookie or the experience of Eric Bailly against his former side? He may well decide the latter to be a preferable option but we think he will plump for the more youthful Tuanzebe. The man who shackled Kylian Mbappe in the Parc des Princes has been a peripheral figure at times this season and would never have expected to line up for the Reds in a major final. It has been clear since Maguire's injury at Villa Park that it would be one of Bailly or Tuanzebe alongside Lindelof in this final - both played at Wolves and, if that was an audition, then Tuanzebe passed it with flying colours. If he hadn't already done so, then Tuanzebe's performance at Molineux may have helped Solskjaer to make up his mind. He gets the nod despite Bailly's greater experience. Potentially a seminal, coming of age evening for the 23-year-old.

Shaw will finally get his chance to play in a final - United have featured in four since Shaw joined but he's missed out on selection every time. No risk of that this time. United's Players Player of the Season has had the campaign of his life and his energy, industry and work rate will be key in suppressing an exuberant Villarreal side. Shaw has shared left-back duties with Alex Telles in this competition but there is no doubt over the former's participation in the final. Our best left-back, and indeed the finest exponent of his craft in the country. Shaw is going to the Euros and will hope to do so as a Europa League winner for the second time.

The Brazilian picked up a minor knock against Fulham and missed the Wolves game but is expected to be fine to man the midfield in Gdansk. A go to man for Solskjaer in games like this one, Fred is virtually a guaranteed starter when the big games come around. Needs to improve his distribution and you can be certain of at least one 30-yarder each week when this man plays. It seems almost certain Solskjaer will revert to "McFred" in midfield. Fred has featured in every match of United's Europa League run and is seen as indispensable by his manager.

Taken off against Fulham with a minor knock but he too, like Fred, is expected to be fit to play. Rested against Wolves, McTominay is always a certainty for the big games and the Lancaster-born Scot - a dyed-in-the-wool United fan - will relish the opportunity to take the field in a final for his boyhood club. "McFred" have consistently been Solskjaer's first choice picks in matches like this one and there's no reason to believe he will change it at this stage. McTominay will lock horns with ex-Hornet Etienne Capoue (or former Gunner Francis Coquelin) and will be expected to dictate the play and start United's attacks from deep. 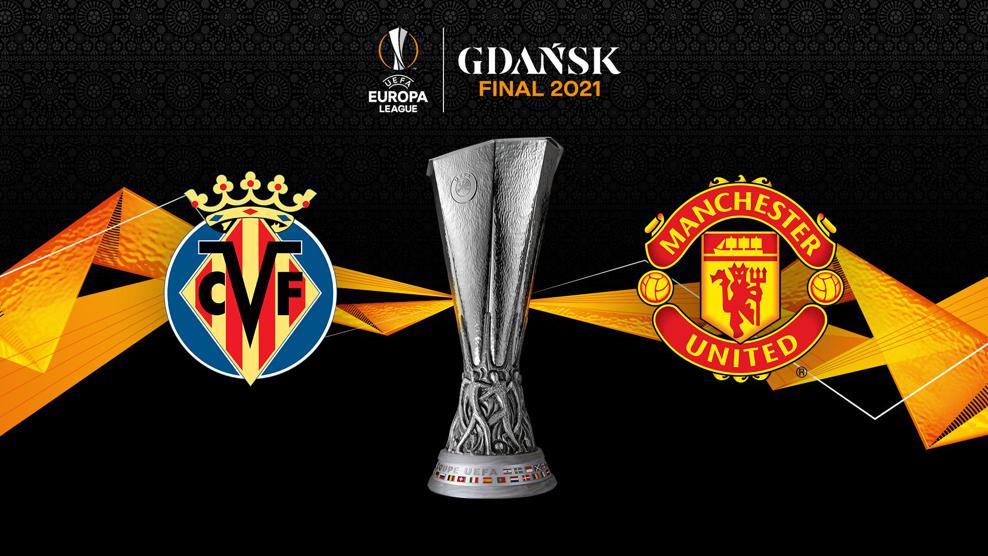 The other major selection headache for Solskjaer when it comes to deciding upon his XI for the game - who will get the nod on the right wing? On current form, Mason Greenwood deserves to start but, equally, his pace and dead eye ability may be better utilised off the bench later in the game. Both were left out at Molineux, so there were no clues from Solskjaer regarding which of the pair he will go with. It's possible - albeit unlikely - that both could play but that would mean leaving Paul Pogba out and that simply will not happen. Rashford is better on the left but so is Pogba so it seems likely Rashford will move across as Solskjaer completely overhauls his attacking options. With 21 goals to his name this season, Rashford has been a virtual ever-present despite playing through injury. We think he will get the nod over his England colleague Greenwood for this one. One of the few players to have experienced a final in the Red of United.

Fernandes will captain the side in the absence of Maguire and will as usual be relied upon to act as United's inspiration, instigator and string-pulling creator in chief. More than anyone, Fernandes deserves the chance to lift a trophy with the club having completely transformed our fortunes since signing last January. His form may have dipped slightly since the turn of the year, but his star remains undimmed and 28 goals from midfield for United's double-winning Sir Matt Busby Player of the Year only serves to highlight his vital importance to the team. The beating heart of Manchester United, you can be sure Unai Emery and Villarreal will have a plan to try and shut him down. The outcome of the final could well depend on whether they do so or not. The thought of this man lifting a trophy high into the night for United is one to boil the piss of opposition fans but a scenario United supporters everywhere have dreamed of.

Another certain starter, United are a far better team with Pogba than without him. This could be his last game in the Red of United with the speculation over his future refusing to go away. If it does turn out to be the last we see of him, then what better to bow out than with a trophy and a (nother) winner's medal in his pocket. Despite being a central midfielder by trade, Pogba has been just as effective out on the left and has more than played his part in getting us to this final with his winner in Milan in the last 16. Dovetailing superbly with Fernandes, the pair are a handful for any defence and again will be key to victory.

The veteran Uruguayan is a man in red hot form with 16 goals this season and five in his last three European games so will get the nod to spearhead the attack against former boss Emery. Cavani saved his best performance in the red of United for the semi final against Roma when he scored twice in both games to take the Reds en route to Gdansk. Well rested and a man on a mission, Cavani is the man for the big occasion and will be champing at the bit to finally get his hands on a European trophy. Give it give it give it to Edi Cavani...