Sunday marks the 25th anniversary (where does the time go) of the passing of United's pioneering, trailblazing and visionary manager Sir Matt Busby.
Busby died aged 85 on 20 January 1994, and the Mancunian football pulse he helped quicken continues to beat strongly even in absentia. 48 hours after Sir Matt's death, a 21-year-old Academy graduate by the name of Ryan Giggs scored the only goal of the game to set in motion a chain of events that would lead to the club's first league and cup double. From then on, the Reds have never looked back and the path to greatness was set - a fitting tribute indeed. 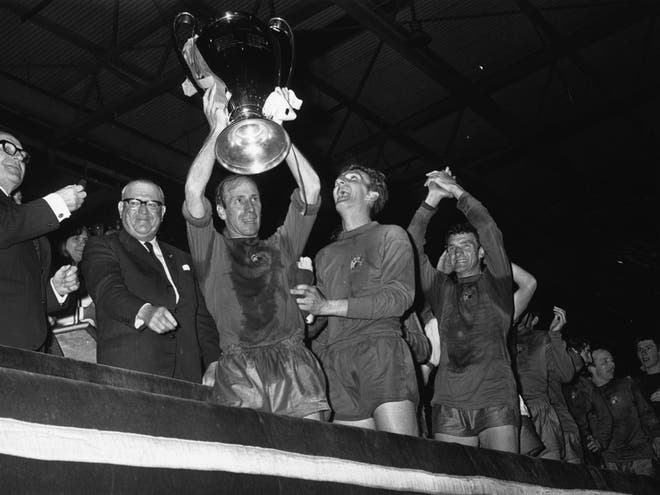 Sir Matt laid down the unwritten code - his blueprint for success in football's distant, black-and-white era a sense of expectation, of style, of youth - of swaggering, coruscating attacking brilliance. A blueprint enshrined for all of time.

The Manchester United he agreed to take over in 1945 couldn't have been in starker contrast from the grandiose, palatial, global monster enjoyed by visitors the world over today. Broken, cash-strapped and homeless, United were a club deep in the abyss plying their trade in exile a short distance across the city at Maine Road - Old Trafford having been splintered and cracked by German bombs. Enter Busby. Two-and-a-quarter decades may have passed but - just like Sir Alex Ferguson - Busby's presence and legacy is everywhere. Even now, fans walk down the road that bears his name, chants paying homage to the great man echo through the Stretford End, to this day we sing about "playing football the Busby way" and "take a lesson you will see football taught by Matt Busby". Even if immortalised only in bronze, United's founding father will forever maintain a watchful eye over the club he quite literally built from rubble and made his own.
Sir Alex proved to be Sir Matt reincarnate - a fiery but loyal Scot with an eye for young talent and a raison d'etre for fast, fluid football built on dynamic wing play. Where Frank O'Farrell, Tommy Docherty et all had baulked at Busby - who still had an office at the club - Ferguson was inspired by the presence of the great man.

Ferguson hoped, when he retired after a glorious 26-year tenure, to have the same kind of influence on his successor, but David Moyes could not measure up to that task and was gone within nine months. Louis van Gaal lasted two seasons, José Mourinho two and a half. Results were disappointing, but performances even more so. The football was too ponderous, too laboured, too inhibited. Once again, it was as if those Old Trafford values had been lost.

All of which brings us to Ole Gunnar Solskjaer. The affable Norwegian - like Busby did - has a modest coaching record but, also akin to Busby, that does not matter. He "gets" the club and is already sounding and acting like a Manchester United manager should. Far more so that Moyes, Van Gaal and Mourinho ever did. Solskjaer - with a dollop of Sir Matt's man-management and a drop of Ferguson's kindred spirit - has, like the two knights of the Old Trafford realm, adopted the fabled and foolproof Manchester United mantra of: "go out there and express yourselves". It would be churlish to directly compare the two when Ole's refloated the ship and Busby rebuilt it, but there are similarities, at least in their treatment of players and championing of youth.

When both took over, the Reds needed a flash of inspiration, a rediscovery of a lost vision and - above all - a shining light to emerge from the darkest of clouds.
Solskjaer has, for now at least, retrained the minds of a cast list to thrill and enthrall. He's showed his players warmth, has showered them with praise and made them believe. As Sir Matt himself once said: "At United we strive for perfection - if we fail then we might just have to settle for excellence."
Together, the son of an army major and his generals wrote a script that reminds us of what Manchester United are and do. He may have won everything there was to win, but that surely was the greatest gift of all. Thanks to Ole, it is one that continues to keep on giving.
Posted by United Faithful at 05:04