John Legend once sung about perfect imperfections and magical mystery rides. You feel that's where we are with Ole Gunnar Solskjaer and this scarely recognisable Manchester United side now. All of me loves all of you. The players certainly are giving their all for Ole, and he's giving it back. 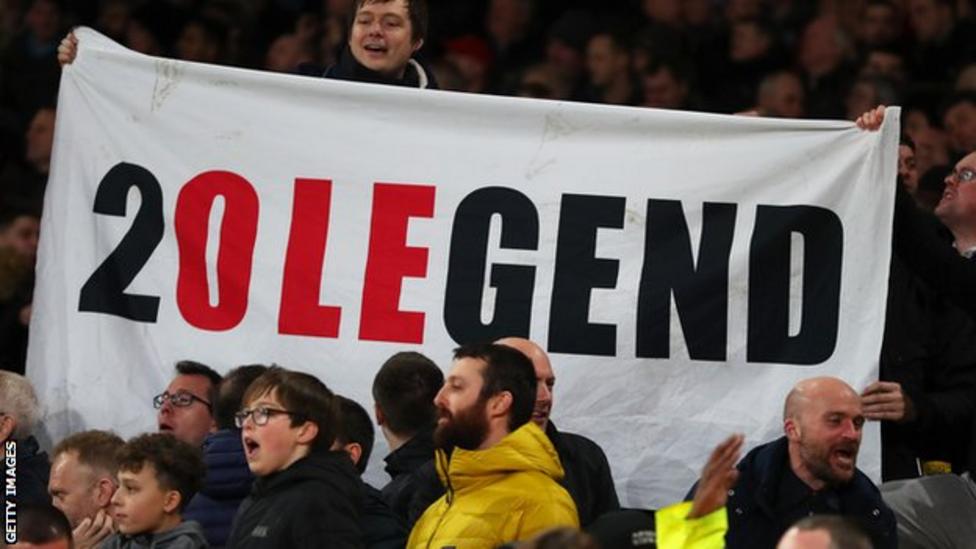 Solskjaer - and United - may have flaws waiting to be exposed - but there can be no doubt that he is, indeed, taking us all on a magical mystery ride. Who knows where it will take us and where we'll end up when the red train arrives at the station. For Solskjaer, not only does he share the moniker of the "Get Lifted" singer's surname, but it's increasingly beginning to look as if it could be destination Carrington and the office with the door marked: "manager." for this particular Legend. For United, it's a ride that we don't want to get off of. Eventually, there will be a bump in the road but, for now, it's one that I'm enjoying again and then some.
It's a journey that has taken us to within touching distance of that coveted Champions League spot, the last 16 of the FA Cup and a date with PSG that, at this rate, United have more than a fighting chance in. No one will want to face this red hot, rejuvenated Manchester United in this mood and in this rich vein of red hot form. Ask yourself this, when was the last time we were able to say that?
Ole's opening victories may well have been explained as the new manager bounce against relegation fodder for a team that could hardly have done any worse. Anyone can beat Cardiff, right? Perhaps.

But that's been followed by another win, and another, and another. It's now eight in a row, and you don't do that just on a whim. It's achievement whoever you are. Ole has combined his own knowledge and philosophy with that of his mentor's, and has shown tactical nous too. In recent weeks, he's tactically outclassed Mauricio Pochettino - the man still considered favourite to be his successor - and Unai Emery who, until recently, took Arsenal on a 22 match unbeaten run. Against both, he set United up to contain and counter-attack, using Jesse Lingard as a false nine and Paul Pogba as the brutal, bullying ball carrier we know he can be.

Game management, man management, selections calls, tactical awareness and ability to listen to others. He's thinking, talking and acting like a Manchester United manager.He's maybe perhaps even beginning to flower the green shoots of recovery in a player who was nothing short of a dogs dinner  under Jose Mourinho. A year ago almost to the day, Alexis Sanchez arrived to much fanfare. He's been one of number of failed high profile signings but something in Solskjaer has seemed to reawaken the Chilean.
If  Solskjær can find the Sánchez on-switch, a player who until now has seemed gripped by a strange shadow of yesteryear, maybe it really is time to find out how far he can take this magical mystery tour.
This man can do no wrong and is making light work of a job that looked impossible.It's becoming harder and harder to rule him out of the running to replace Jose Mourinho. A penny for the Portuguese's thoughts right now. What must he be thinking?

Posted by United Faithful at 03:18

Email ThisBlogThis!Share to TwitterShare to FacebookShare to Pinterest
Labels: features