A dark day for Manchester United... but not our worst

How do you even begin to pick the bones out of what happened yesterday? Manchester United were left beaten and battered by their former manager as Ole Gunnar Solskjaer was left searching for answers in the wake of a ragged 1-6 defeat. 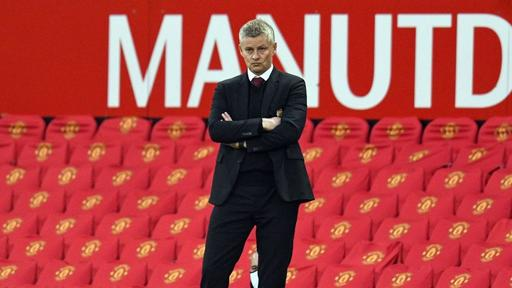 United's cause was certainly not helped by the 27th-minute dismissal of Anthony Martial for violent conduct on Erik Lamela, but the Argentine international deserved an Oscar for his performance, going down like he'd been shot and somehow escaping without censure. Replays showed he hit Martial in the face, sparking the Frenchman's reaction and paving the way for his dismissal. Martial will miss the games against Newcastle, Chelsea and Arsenal.

If Martial had to go, then Lamela did too. You either send both off, or neither. Having said that, United were a shambles before that incident and an even bigger shambles after it. Spurs tore us apart when we had eleven men just as much as they did with ten. There was a lack of discipline, a lack of leadership and a complete lack of fighting spirit. A decent, well coached side can adapt to losing a man. You might not win the game, but you can at least make it hard for your opponents, keep them guessing and keep your heads. United completely capitulated. There was an acceptance that a heavy defeat was on the cards. Experienced players such as Nemanja Matic, David de Gea and Paul Pogba to name but three are wise enough to know better. You don't simply cave in. The lack of fight and spirit, the lack of even trying to restore an air of respectability, was perhaps more worrying that the result itself.

There was a certain irony to the fact that Jose Mourinho - whose United side never even scored five during his time in charge, let alone six - was the man to reside over this massacre. Mourinho, the man discarded from what many believed to be his true calling, came back to haunt his former employers with a result that will go down as United's joint worst in the Premier League era. Surely even he must have felt a drop of pity for United and Solskjaer by the final whistle.

Mourinho, more than most, knows the scale of the United job and outmanoeuvred his Old Trafford successor in every department. Spurs were tactically better, technically better and Ole Gunnar Solskjaer simply had no answer in adversity as United's depleted side were overwhelmed in a first half onslaught.

It looked to be a routine day as Bruno Fernandes put United ahead but then the carnage unfolded. United's defence - one of the best in the league last season - simply caved in. There was no organisation, no shape, no communication and even a lack of desire to defend. It was chaotic, shambolic, and there was a complete lack of confidence from back to front.

To add to the mess at the back, there was no cohesion in midfield, Bruno Fernandes was hooked at half-time and Marcus Rashford was virtually anonymous as the lone striker. It was a day that started well for United but very quickly got worse. This side have proved that it can produce great performances and results when it matters, but similarly has demonstrated a lack of even the basics and a fragility in confidence that shatters under even the slightest of pressures.

It was a comedy of errors, epitomised by the world's most expensive defender. Harry Maguire had a passable first season at Old Trafford but turned in probably the worst individual performance I've ever seen in a Red shirt.

He was at fault for the first goal, missing two headers before barging Luke Shaw out the way as he attempted to clear, allowing Tanguy Ndombele to steal in and score. Then, as if that wasn't bad enough, he stood off Harry Kane to allow his England colleague to play in Son to burst through and score. He was caught out of position for the third goal, compounded by Eric Bailly losing the ball, and was also involved in conceding the penalty that led to the sixth.

I don't know what's happened to Maguire. Perhaps he's simply exhausted after playing almost 60 games last season, perhaps it's the immense pressure and responsibility that comes with the role of captaining one of the biggest and most famous clubs in the land. Maybe the travails of the summer and the incident in Greece have affected him mentally. Or maybe it's a combination of all of these. Either way, Maguire does not look fit to lead at the minute, he is not playing like a captain should, seems incapable of holding the defence together or leading at all, and isn't vocal enough. 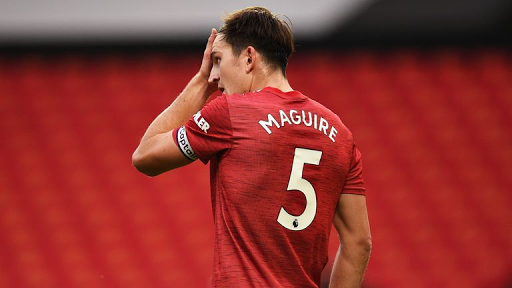 But you can't drop an 80m defender and, even if you do, you have to have someone as good as, if not better, than him and we simply don't. It's him or Victor Lindelof.

Aaron Wan - Bissaka, too, had a nightmare day at the office. Like Maguire, AWB had a good first season but seems a man bereft not only of confidence, but of any semblance of form. He was a passenger, terrorised and left gasping by air by United's three tormentors in chief - Lamela, Kane and Son. He lacked awareness, positional sense and was found wanting for at least three of the six.

Luke Shaw hardly covered himself in glory, either. He cleared the central area of the box as Serge Aurier crossed for the inexplicably unmarked Son to make it four, dragged out of position for the fifth and gave away the penalty for Kane to score no.6. He was as much at fault for the equaliser as Maguire was and was himself fortunate not to be sent off for a late lunge on Lucas Moura. United were on their knees by then.

Its not all bad, though, for even the great Sir Alex Ferguson lost in eerily similar circumstances. Manchester City were the victors on that occasion, in 2011, as a Jonny Evans red card paved the way for United's capitulation. The delicious irony of the situation is that even a 3-1 defeat would have been enough for United to win the league with City going on to pip us on goal difference.

That was worse, coming as it did at the hands of one of our fiercest rivals, but there can be no denying the fact that this was the bleakest of days for this once mighty, once feared global institution.