Much ado about Donny: United's 40m man will get his chance 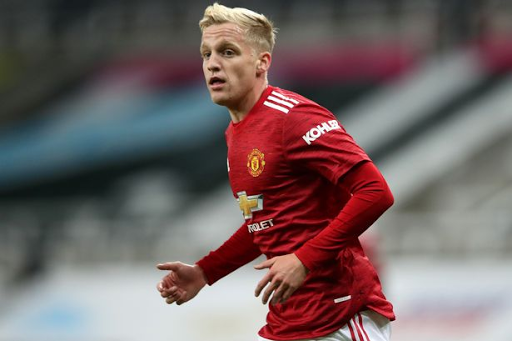 Donny van de Beek has yet to start in the Premier League and there has been the usual storm in a teacup over-reaction.
I actually think it's the media's job to create an agenda against everything Manchester United do. I can think of a whole host of players that didn't get into their new side's starting XI immediately, yet there was never this kind of reaction.
Van de Beek was signed from Ajax - the birthplace of Total Football - as one of the most sought-after highly rated players in Europe. Schooled in the Dutch philosophy of between the lines passing, silky link play and fancy footwork, van de Beek's transfer crept under the radar and was completed in a very un-United like manner.

The Dutchman has been limited to four substitute appearances in the five league games so far, starting twice in the Carabao Cup and scoring on his debut, getting two assists against Brighton and looking like he has something about him. But despite his perceived lack of action, he's featured in every game so far, bar Saturday's dire Premier League draw at Chelsea. Even then, van de Beek was more a victim of circumstance rather than anything else, with Ole Gunnar Solskjaer having Edinson Cavani, Mason Greenwood, Paul Pogba and Nemanja Matic (to name but four) at his disposal. Had the five subs rule still been in existence, van de Beek would have come on but you can't play every quality player all of the time.

Van de Beek is being eased in, and the Dutchman will get plenty of opportunities to impress in what we hope will be a 50/60 game season. New signings rarely play every minute of every game, and van de Beek's time will come. It was clear he was never going to be an instant first team player from day one, but he will play plenty of games in future. He will have to bide his time. Welcome to the cut throat world, pressure cooker environment of modern day professional football.

Fabinho and Naby Keita hardly played at all when they first came to Liverpool, Ferran Torres has barely been seen at City and 60m Riyad Mahrez couldn't even make the bench after joining Pep Guardiola's side from Leicester. He may be a first team regular now, but he certainly wasn't when he first signed. Diogo Jota at Liverpool has played the same as van de Beek (and co-incidentally cost more), Hakim Ziyech has barely been seen at Chelsea and Mesut Ozil wasn't even included in Arsenal's squad. Yet do we see Sky Sports blanket coverage on a daily basis in these instances? It's because Van de Beek plays for Manchester United that such a story is being made out of an issue that isn't a story at all. 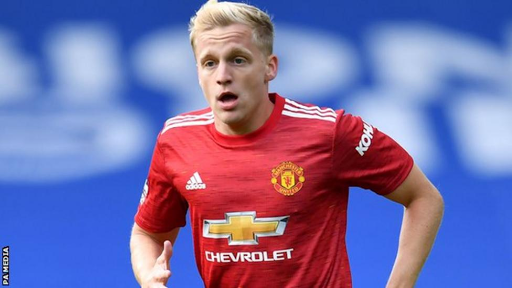 Ander Herrera was in and out of the United side to start with but went on to play 150 games for the club. Nemanja Vidic and Patrice Evra, two of the Reds greatest defensive titans of the modern era, were drip fed first team action in their early careers at the club. Heck, even Cristiano Ronaldo warmed the bench on occasions in his debut season. It really is much ado about nothing.

Van de Beek is undoubtedly a very good player but I don't see at the moment how or where he fits into this United side's dynamic. He's not a wide player so suggestions that he could displace Juan Mata or Dan James are futile. You may as well play van de Beek in goal if you think playing him on the wing is the way forward. Fred and Scott McTominay have been and should continue to be Solskaer's preferred midfield pairing. The pair offer balance, grit and guile, industry and energy and fit the system perfectly. The pair don't deserve to be dropped, van de Beek's not a defensive player and to play him there would not only hold the player back but make United unbalanced. You can't have two number tens - one in his natural position and one shoehorned in just to suit an agenda. Four attacking players and one defensive player? You don't need to be earning millions a year as a manager to work out the shortcomings with that system.
You can't play van de Beek wide, you can't play him deep and you're not dropping Bruno Fernandes to accomodate him. A narrow diamond doesn't work because Aaron Wan - Bissaka and Luke Shaw don't attack enough.

We heard all last year how United's Achilles heel was a potent lack of depth, a paucity of match changing options and a weak bench. We address that with the signings of Van de Beek and Cavani to name but two and the narrative has changed to these players not being given enough time. You can't have it both ways!

There is definitely a future for van de Beek at Old Trafford, and the gutter press need to wind their necks in. United have a large squad and with games coming every three or four games, rotation will be key.

Posted by United Faithful at 09:54