In the summer of 2018, Manchester United were at a crossroads. Jose Mourinho, approaching his third season in the job, may not have been everyone's cup of tea, but he had a plan.

It was a short term plan, but a plan nonetheless. Mourinho had taken United to their highest post-Ferguson position, finishing 2nd on 81 points. It was a tally that, most years, would've been enough at least to come close to winning the title. 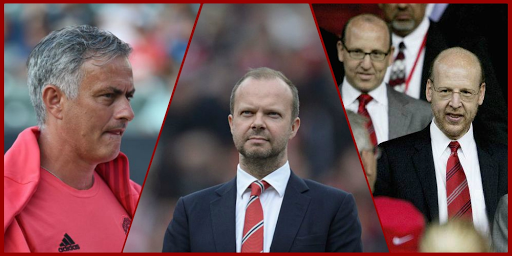 It was Jose's misfortune that he was pipped to the Premier League post by his fierce rival from across the city. Pep Guardiola led City to the title, winning it at a canter by 19 points having pilfered a century. The boys in (sky) blue smashed every record going, no one could have caught them and there was certainly no disgrace in a runners up position.

What happened next? Well. Mourinho had signed nine players across the previous two seasons, making the transition from a Europa League side to a Champions League one and manoeuvring United into a position where we believed he could make an assault on the title.

He needed further backing, that final freeing up of funds to close the gap on City and make us competitive. Instead, he ended up with a Stoke reject, the Brazilian Eric Djemba - Djemba (Fred) and a kid from Portugal in Diogo Dalot. He didn't even want any of those three and made his feelings clear. The club had a choice - to be ambitious and make an attempt to be the best you can be, or to send the club, its fans and its manager down the river to the road marked mediocrity.

When United had a chance to continue moving forward and to close that gap, the tap was turned off and the well dried up. Mourinho was out a few months later. Having done what was needed to turn United from a top six side into a top three one, Mourinho was shafted by a board with no ambition. Even if you felt he deserved the sack, as indeed many of us did - and it was probably the right decision - the hierarchy certainly didn't help him.

Louis van Gaal was building a decent team having just won the FA Cup and blooded several youngsters, only to be shafted by the board, Mourinho was given a new contract but yet, as mentioned, got no backing that same summer.

Two summers on, and here we are again. Ole Gunnar Solskjaer came into the club in similar circumstances, picking up the pieces left behind by the toxic final days of the Mourinho regime. After an initial splurge on Harry Maguire, Aaron Wan - Bissaka, Dan James, and the January addition of Bruno Fernandes, Solskjaer fulfilled his remit by taking United to a top three finish - not quite matching that Mourinho achievement, but the best of the rest behind the country's two outstanding sides wasn't to be sniffed at.

United's third place was the second highest placing in seven years, and set the platform for what was supposed to be a gap closing season. Third place was the best we could have hoped for. It was clear we needed re-inforcements, yet all Solskjaer got was a 40m squad player in Donny van de Beek. It was never going to be anywhere near enough, especially when Chelsea spent over six times that on the like of Hakim Ziyech, Timo Werner and Ben Chilwell to name but three. How can a defence with almost 200m spent on it look so under-manned and ill equipped? How can this happen to a team that looked like it had turned a corner as recently as two months ago?

Yet the Reds have made a cataclysmic start to the season, just as they did two years ago. It is the same exhausting cycle we've seen under every post-Ferguson manager. New boss comes into a Europa League team, embarks on spending spree, gets top four. Doesn't get backed, misses out on Champions League and is sacked. Repeat for eternity. 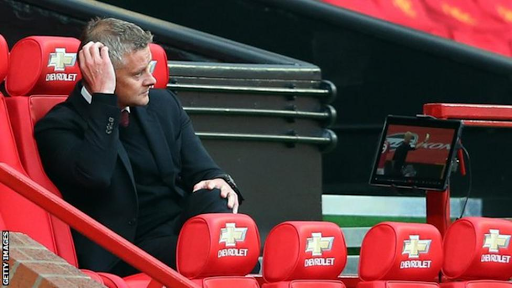 Is a new man going to come it and be out again in two years because of the shambolic nature of the way this club is run? It is the same problems, the same fault lines, and the same lack of answers.

How would a new manager help? If even the likes of Van Gaal and Mourinho - two of the best bosses of their generation - failed, then what hope has the likes of a Mauricio Pochettino got?

Whether you're Ole in or Ole out - and I've a feeling opinions may have shifted seismically after yesterday - you cannot deny he has been spectacularly let down by those above him. Just like Moyes, just like LVG and just like Jose. When is this going to end?