The biggest game in English football once again failed to live up to the hype as a brave but injury hit United stifled league leaders Liverpool at Old Trafford. 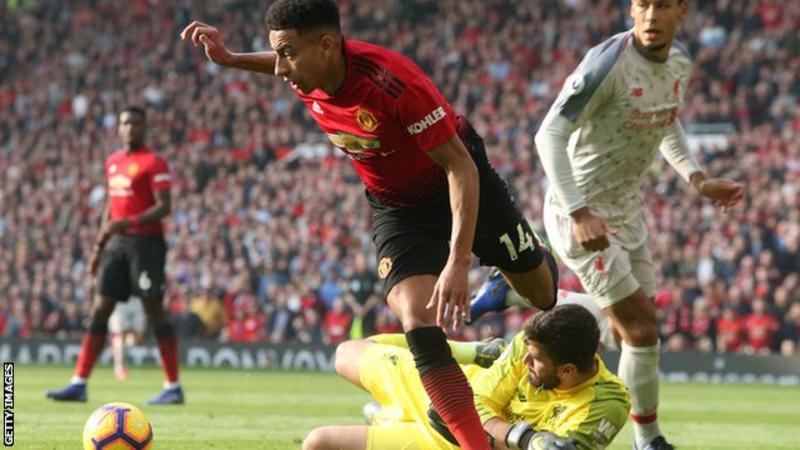 It was a captivating if cautious contest that saw four substitutions before half-time, a Premier League record. Ander Herrera, Juan Mata and Jesse Lingard - who had come on for Mata - all went off injured, and Marcus Rashford was forced to play 70 minutes on one leg, effectively reducing United to ten men.
Rashford was hurt in a challenge with Jordan Henderson after Ole Gunnar Solskjaer had already used his three options off the bench. Nemanja Matic is expected to be out for a couple of weeks having picked up an injury in training on Friday.
For their part, Liverpool lost Roberto Firmino after half an hour and without him his side struggled to pose any sort of threat in front of goal in what was was a typically intense encounter. It was a match with plenty of perspiration but little inspiration.

The constant disruptions made for a disjointed first half and neither side could truly find their rhythm after the break - although the lack of quality did not affect the raucous atmosphere throughout.
Jurgen Klopp's side failed to truly test United keeper David de Gea, with a shot from distance by Firmino's replacement Daniel Sturridge their only shot on target in the 90 minutes.
United had the best chance of the game, but Alisson brilliantly denied Lingard after he ran on to Romelu Lukaku's pass and attempted to go around the Reds keeper. Lingard's return from injury was a brief one as he only lasted 17 minutes before being hurt in a collision with the visiting custodian.

Matic's replacement, Scott McTominay, was making his first league start since Solskjaer took charge in December and ended up being one of the outstanding players of United's makeshift midfield.

First Herrera was forced off, to be replaced by Andreas Pereira after 21 minutes, with Mata limping off four minutes later after he was hurt in a crucial challenge with Mohamed Salah.


Both sides were searching for that killer pass that would break the deadlock and after 40 minutes it looked for all the world that Romelu Lukaku had produced the key to unlock Liverpool’s defence.
The hosts had broken away and Old Trafford was on its feet as the Belgian steadied himself and then slipped a beauty of a ball through to meet Lingard’s run. Liverpool’s Brazilian keeper Alisson, however, had read the danger and came out quickly to smother the England attacker's attempt to glide past him. Lingard appeared to tweak a hamstring as he stumbled beyond Alisson and was himself replaced by Sanchez before half-time.


Understandably, those changes left United lacking spark in attack - especially because Marcus Rashford played on despite also appearing to pick up an injury early on.
At the other end, however, United yielded nothing, and Solskjaer deserves nothing but credit for the way he reorganised his side. We worked hard, kept our shape superbly and - just as Ashley Young did in last year's fixture - forced Salah to the fringes as he was magnificently shackled by man of the match Luke Shaw.


Lukaku forced another smart stop from Alisson, and Paul Pogba also went close with a header from a free-kick shortly after the restart. Twice, United thought we had nicked victory when, first, Joel Matip turned into his own net from a Young free-kick, but replay showed that Chris Smalling was fractionally offside.  United soaked up Liverpool efforts to smash down the door and, at  the other end, almost snatched a victory at the death. Just as the electronic board went up to signal two minutes of added-on time, Lukaku fired over a low cross that just evaded both Alexis and Smalling as they raced towards goal looking for the winner.