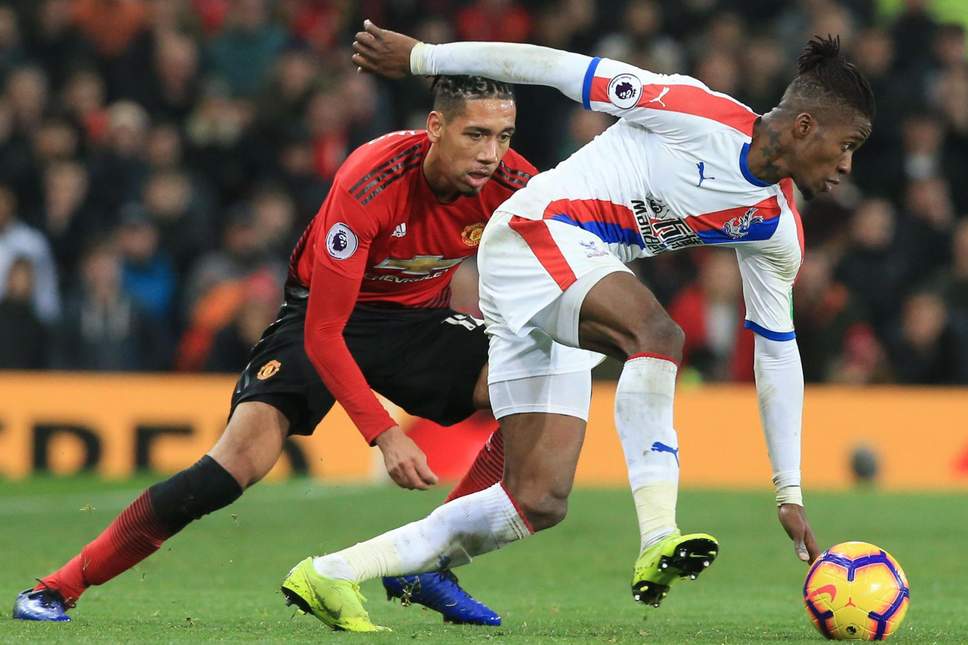 Man Utd interim manager Ole Gunnar Solskjaer joked that Reds coach Michael Carrick will need to dust off his boots in the midst of a crippling injury crisis.
The Reds are without ten players for the tricky-looking trip to in-form Crystal Palace and, when asked if he will play in the match, Ole quipped:
“I don’t think age is the problem, the problem is my fitness, but maybe we could ask Michael (Carrick, coach) if he can dust his boots off.
“We’ve not had a session yet, so I don’t think there are a lot of positives, no. I don’t know the list [of players] that’s supposed to be injured, Matteo [Darmian] trained the other day, I don’t think he’ll be ready, [Marcos] Rojo will be involved, Rashy we’re still waiting to see how his ankle is responding to the treatment, muscle injuries are too early to think about. That’s it. Luckily at centre back there are quite a few fit ones, Victor (Lindelof), Chris (Smalling) and Eric (Bailly), the three of them are ready,” Solskjaer added.

Ander Herrera, Anthony Martial, Jesse Lingard, Juan Mata, Phil Jones and Nemanja Matic are all ruled out, while Marcus Rashford (ankle) is a doubt. Martial is nearing full fitness and could make his comeback against Southampton at the weekend.
Matteo Darmian and Antonio Valencia remain absent, but defender Marcos Rojo is set for his first involvement of the season.
This all opens the door for the next generation of Old Trafford talent, with teenage trio James Garner, Tahith Chong and Angel Gomes to travel to London but prolific 17-year-old striker Mason Greenwood is sidelined. Garner, Chong and Gomes were left out of the Under 23 match with Reading yesterday, strongly hinting at their senior call-ups.
For Palace, centre back Mamadou Sakho will miss Wednesday’s game because of the knee injury that forced him off against Leicester. Fellow defenders Martin Kelly and Aaron Wan-Bissaka will be assessed. Palace are unbeaten in six and come into this one on the back of a 4-1 win at Leicester last time out.

After looking dead certs for relegation in the opening weeks of the last campaign, Roy Hodgson helped the Eagles soar clear of danger with an eleventh-place finish. This season, the Premier League’s oldest manager, at 71-years of age, has helped his side to reach another mid-table perch as things stand - thirteenth, going into the latest round of fixtures.

So far this term, Palace have punched above their weight on occasions with the standout performances being an Emirates FA Cup third-round victory over Tottenham and a staggering 3-2 win at Manchester City in the Premier League which featured a Goal of the Season contender from Andros Townsend.

The same could be said for his opposite number Solskjaer, having transformed a season that was going nowhere into one of real promise. That promise will be tested to the full, here, though, with an injury list as long as both of your arms.

United would normally be strong favourites to overcome Crystal Palace, but our raft of injuries makes this harder to call than you might think. The Selhurst Park side have never beaten the Reds in the Premier League era, but will never get a better opportunity to do so here.

Posted by United Faithful at 04:43