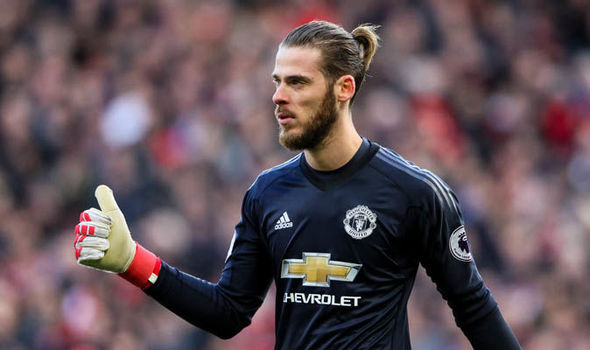 It's often been said that without the breathtaking brilliance and gravity defying intervention of David de Gea United would have finished in mid table in the last four seasons. The Spaniard - widely regarded as the best in the business - has constantly leapt, dived, sprawled and stretched every sinew to come to the Reds rescue on countless occasions - a lone beacon of calm, consistency and hope in these turbulent post-Sir Alex times.
In the 2016-17 season - Jose Mourinho's first at the helm - United conceded 29 goals from 38 league games, only conceding three or more in two of those. Last season, we had an even better record - letting in one less and never more than two in any game. A large part of that defensive fortitude was down to De Gea, not through any improvement in the hapless pair of Chris Smalling and Phil Jones. De Gea would often have to bail them out and made our defence look a lot better than what it actually was, and remains. Despite the dearth in quality, the fact that United still proved difficult to score against looked to have stood us in good stead.

Amidst the carnage of a rapidly sinking season - albeit one only three games in -  even De Gea now looks a man at odds with himself, floundering against a tide that he seems unable to stem. Our one genuine world class player is a nervous shadow of the player we've witnessed grown from a boy into the best exponent of his craft on the planet. In a poor Spain side, De Gea had a poor World Cup. Six of the seven shots he faced ended up in his net, the worst record of any goalkeeper anywhere in 52 years. Despite the fact that his team-mates spent two hours passing sideways against Russia, Dave was unfairly made a scapegoat as the catalyst for his country's tamer than expected exit. Perhaps scarred by that negativity and with United's defence imploding before his eyes, De Gea has followed suit. He looks bereft of confidence, he's being beaten by shots he should be saving and has become a fragile figure between the sticks. Since the start of World Cup up until this point, De Gea has faced 16 shots on target for club and country and conceded 12.
I can't remember the last time we conceded three goals in two consecutive fixtures - but I suspect it was during the ten months of David Moyes infamous and ill-fated tenure. But it's happened in the last two games, a very un-Mourinho like statistic in a team that is looking less and less Mourinho like with every passing week.
Brighton had three shots on his goal last week and scored from all of them. De Gea should have done better with Glenn Murray's opener and probably should also have saved Pascal Gross's spot-kick. Last night, Tottenham had four efforts on target, three of which - once more - ended up as goals. He was outmuscled for the opener and Lucas Moura's second two minutes later went straight through him. Even against Leicester, he was deceived too easily by the cross-shot which caught him out of position and at fault for Jamie Vardy's consolation. None of the saves he's made have been anything out of the ordinary and he's not commanding his area like we've seen so often.

Of course, I'm not for one minute suggesting he's finished or that I'd have anyone else in goal for Manchester United. I don't know where we'd be without this guy's single handed heroics over the past few seasons and he remains one of the best in the world easily. But by his own high standards, he has becoem as vulnerable as the rest of the shoddy players that punctuate the squad. He seemed to be the one player we could rely upon to come up with the goods week in week out. But now something doesn't seem right, and we better hope this dip in form proves only temporary.
Posted by United Faithful at 07:13
Labels: opinion