Mourinho finds an unlikely ally in his hour of need 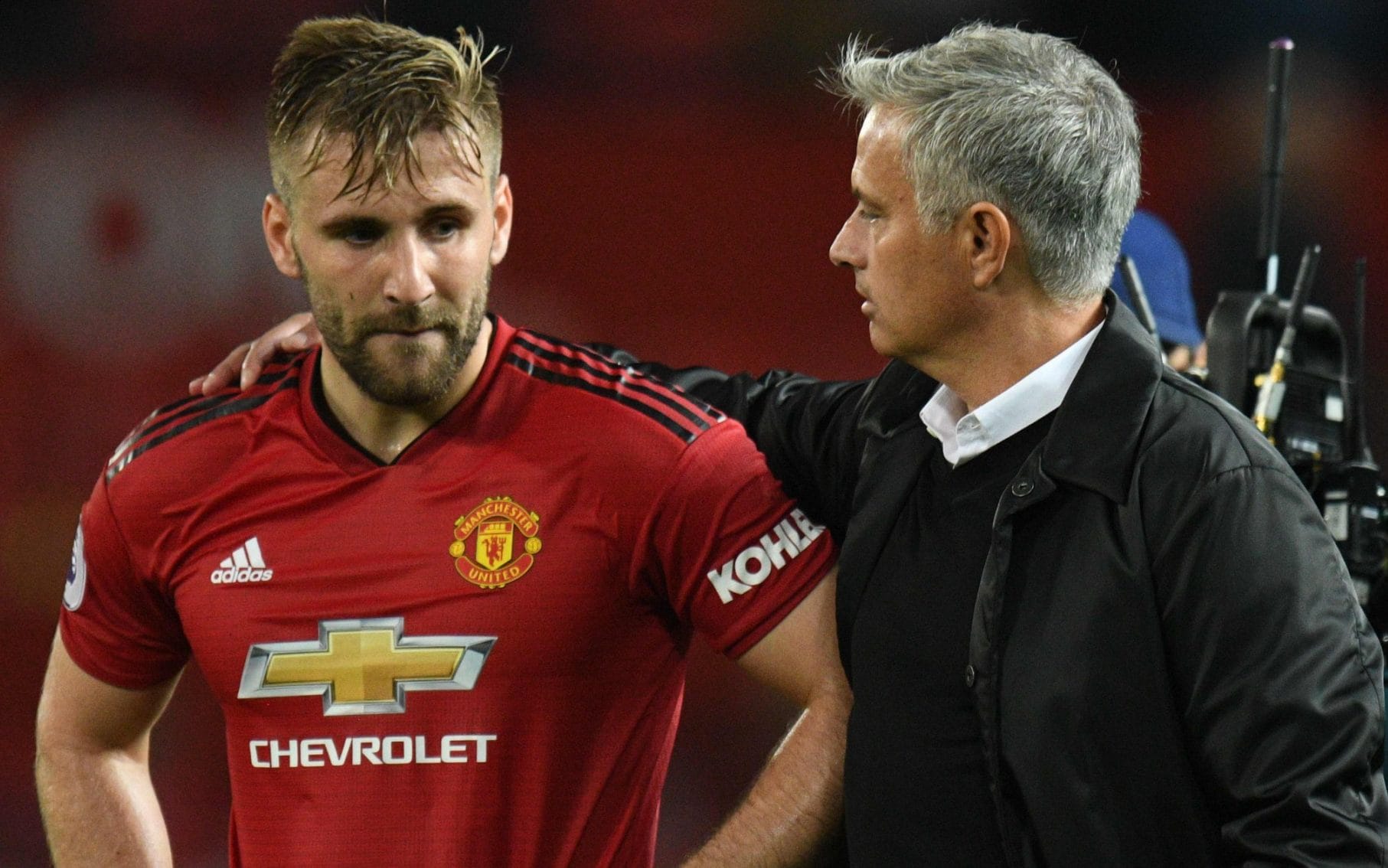 Man Utd boss Jose Mourinho has found an unlikely ally in his hour of need - just as he did at Chelsea in 2015.
On that occasion it was Willian, this time it comes in the form of a player with a relationship with his manager that many thought damaged beyond repair. A player most of us thought had a one way ticket out of here.
Hands firmly on hips, Luke Shaw stared at the Stretford End. Dejected. 3-0. It was only when he was slapped on the back by a familiar face that the left-back awoke from his trance. It was Mourinho.
"You could not play better than you did," the Manchester United boss told him as he put an arm around him.

And he was not wrong. While he may have left a couple of gaps in behind as he battled cramp at the death, this was as bittersweet a defeat as they come for Shaw after an individual performance like that. He has been the one ray of light amid the storm clouds gathering above Old Trafford in United's bleak start to the 2018-19 season. He was the team's most impressive performer on a night in which none of his team mates exactly covered themselves in glory.
For the first time in two years, the 23-year-old started a game against a top-six rival and he barely put a foot wrong in front of England boss Gareth Southgate and assistant Steve Holland. Even Ashley Young, who has barely got a look in, will have been impressed on the bench.
Following a barrage of criticism over his holiday habits, Shaw has bucked up his ideas and it has been a remarkable month in his roller coaster United career as he looks to earn a new contract.
Just last month he was getting skinned by San Jose Earthquakes full-back Nick Lima; now, he is one of the first names on Mourinho's teamsheet after three impressive displays against Leicester, Brighton and Spurs.
Mourinho may be chopping and changing at will at the moment - Eric Bailly, Matteo Darmian, Andreas Pereira and Juan Mata all played a full 90 minutes in the season opener against Leicester, and we've seen much-changed line ups in the two games since - but Shaw has been the one constant.
It says it all that Shaw has shone in these games when, at various points, United have been poor and Mourinho, who has repeatedly criticised him in the past, has not been shy in praising him in a dramatic reversal of fortunes.
“Of course, the kid has to be upset with the result, but the kid has to know that he has had three very good matches in the Premier League and against Tottenham he was very, very good. I am very, very happy with him," he said.
The last time Mourinho was in a situation like this, it was Willian who stepped up in his hour of need at Chelsea. As Mourinho battled to save his job, the Brazilian chipped in with seven goals and a series of commendable performances.
Willian was one of the few positives from the final months of Mourinho's reign at Stamford Bridge and repaid the faith his manager showed in him.
In the United boss's hour of need with the Portuguese under intense pressure and increasing scrutiny, Shaw is following suit.
Posted by United Faithful at 11:12
Labels: features