No manager in world football could sort out this absolute mess 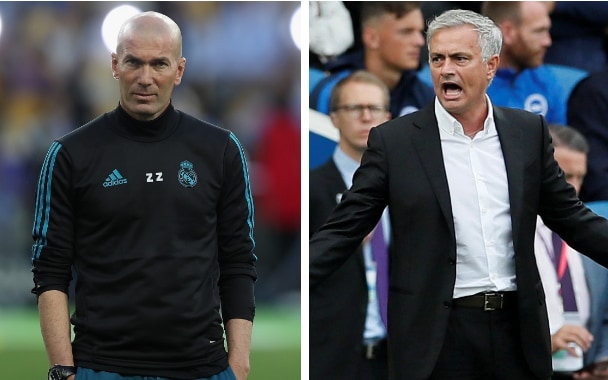 The pressure and criticism on Jose Mourinho will rachet up further in the wake of our 3-0 defeat to Tottenham - a result which condemned the club to our second defeat in three and our worst start to a season since 1992.
It's easy to pin all the blame on a man that everyone seemingly loves to hate, and of course as manager the buck stops with him and he has to take responsbility. But the fact is, Manchester United, as a club, are anything but and at the minute we're United in name only. A squad that isn't good enough, a manager that doesn't want to be there, a useless board only interested in making money, and a toxic and unhappy fanbase that do not know where to turn to or who's to blame for the mess we find ourselves in. There would probably even be arguments over the shade of red we play in such is the unpleasant atmosphere at United now.
The problems certainly do not begin, or end, with Mourinho. When the time comes and he does go - whether that be through resignation or his sacking - all will still not be rosy in the Old Trafford garden. Only the sensationally deluded would think that he is the only problem here. He is merely the sounding board - masking the wider, far more toxic and rotten issues that are permeating through this club, from top to bottom. It's easy to blame the manager for everything and anything, but it's not that simple.

If the Portuguese - unquestionably one of the best, if not THE best - bosses of his generation - cannot turn this situation around - then it begs the question, who on earth can? This is Jose Mourinho we're talking about.  I believe that no manager in world football could do anything with this team, under this regime, or the fix the absolute mess we're in right now. Not even the name on everyone's lips, the favourite to step in the hotseat should the seemingly inevitable happens and all this ends in tears.
That brings us neatly to the elephant in the room. A man who seems the obvious, and only available, candidate to come in should Mourinho - as appears increasingly likely - fail to see the season out. Zinedine Zidane. He may have won three successive Champions League titles in an unprecented and historic achievement that's impossible to ignore and one of the few legendary players to be just as good in the dugout, but he did so in a set of circumstances that were very favourable. He had arguably the finest centre-back pairing anywhere on the planet in Sergio Ramos and Raphael Varane -  an efficient, slick and well oiled Madrid machine and not to mention the best player in the world in Cristiano Ronaldo. He inherited a wonderful team with wonderful players. What do people really expect him to be able to do with the likes of Chris Smalling, Phil Jones and the shambolic shithousery that comprise the rest of United's banter defence. You can't polish a turd. At Real Madrid, Zidane couldn't fail but at United he couldn't succeed. Not unless there's a vast and major overhaul in both playing staff and those that ply their trade above him in the corridors of power.