Let's forget the summer, be united and get behind our boys and manager 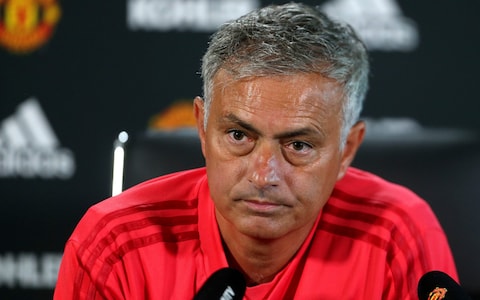 None of us have been happy with the summer - it was a poor pre-season fractured by fan unrest, a lack of much needed signings and a miserable manager. Much has been spoken and written about the situation at our club, to the point where it's been said we're in crisis. As usual, it's a media agenda making a mountain out of a molehill. There are issues, but not as bad as many would have you believe. Fred has signed, Alexis Sanchez will have the benefit of a first pre-season under his belt, and we saw several young Reds staking a claim on the summer tour.
Second only to the most dominant Premier League champions the land has ever seen, despite the fact we failed to win a trophy, last season was ultimately one of progress, a season of 81 points our best league placing since 2013. Not great, but not too bad.
2018-19 marks a new chapter, one which starts with the visit of Claude Puel's Leicester in the opening match of the new season. Then we head to the south coast and a return to Brighton, aiming to avenge last season's loss at the AMEX. For the first time in a long, long while there is little expectation at our club this season, but I believe this could help us. There's hope - you always have to hope - but little tangible belief that we're going to do anything, both from inside the club and out. Wouldn't that be a classic Jose Mourinho masterpiece - to turn attention and pressure away from the boys and onto himself, to leave the vultures circling around the off the pitch circus and away from what's happening on the pitch. Expectations can weight heavily on the shoulders of even the biggest of superstars at the biggest of clubs, and when there is none, a previously inhibited player can throws off the shackles and flourish.
Less expectations means there will less discontent and less discontent means a more united fanbase. Right now, that's certainly not the case but it's in the very name of this great club to come together, to get behind our boys, to triumph over adversity and above all, to be united.

Mourinho has thrived in the role as underdog, the outsider, the "little horse" throughout his career and this could be what he's trying to do. To lower expectations to such an extent that if we hit the ground running and set the early Premier League  pace, it will catch everyone by surprise and prove once and for all that Manchester United should never be totally written off. I'd love nothing better than to prove every single one of our doubters wrong.
A new football season is synonymous with hope, belief, and the romantic - if slightly delusional - notion that just about anything should be possible. As we have already penned on these pages, that's not the case with us this season. It's not all doom and gloom, but the negative overtones that hang like a spectre over the club are difficult to shake off. Nothing changes the mood of a football club and its fans more than a run of results, and if United can hit the ground running and get on an early roll as 2018-19 gets underway, then this frustrating and underwhelming summer will soon be forgotten.