In defence of Bruno Fernandes... 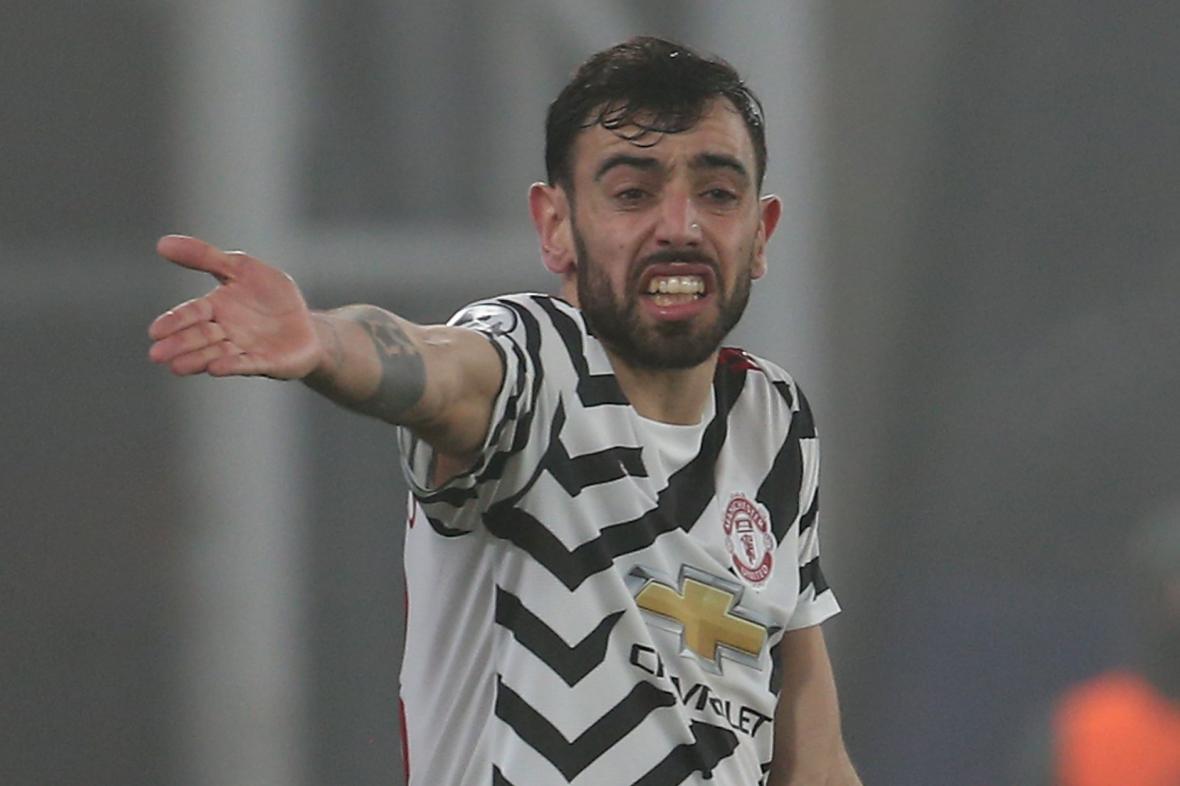 As United drew 0-0 for the third successive tie on Wednesday, several Reds seemed to come in for criticism.
In truth, it was a poor performance and it was hard to find any positives, bar Dean Henderson's excellent late save that enhanced the stand in stopper's credentials and preserved the clean sheet.

Despite the fact the whole team had an off night, as is the norm there were certain individuals whom copped more flak than most. Marcus Rashford looks a player at odds with himself - hesitant, slow and almost anonymous as he dropped a disasterclass on the left-wing. If Anthony Martial's individual performance against Sheffield United was bad, then Rashford at Palace wasn't much better. It's clear that he is in need of a breather - he even played in a nothing game against Sociedad - but it's also clear that Ole Gunnar Solskjaer will never leave him out.

Sometimes I question whether Fred is actually a professional footballer and not a man who won a place in the United team in a cereal packet competition. Goodness, he is beyond useless. Are we sure he's actually Brazilian? He can't shoot, can't go forward and has the worst passing of anyone I've ever seen in the Red of United. You can't question his work rate and energy levels, but a Manchester United player Fred is not and never will he be. Nemanja Matic wasn't much better, and Edinson Cavani barely got a sniff although that was only because he spent 75 minutes feeding off scraps and waiting for a defensive error that never came.

But yet despite these collective failings, United's shortcomings seemed to be pinned, rather unfairly, almost entirely on one man. Bruno Fernandes was criticised for a below par showing at Stamford Bridge on Sunday (although I thought he actually played well), and didn't fare much better in the face of Crystal Palace's massed defence in the swirling wind and fog at Selhurst Park. Perhaps it's to be expected that a man with such metronomic standards will be questioned when he dips even slightly below his own lofty expectations. It's a shame the rest of the team don't share his elite, monster mentality.  After all, he is United's fire starter, our talismanic figurehead and the main man. Everything we've done over the past year is almost entirely down to him, indeed he has carried us at times. But yet that is both a blessing and a curse.

To watch such a magnificent player at the peak of his considerable powers is like watching an artist at work, or a musician composing an award-winning piece. Fernandes plays a dash of colour, a sprinkling of stardust and as if he has a magic wand concealed in his shinpads. United dance to his tune, he dictates and bends opponents to his will and even the most ardent ABU would struggle to deny Fernandes' place as one of the best in the Premier League. Fernandes has been United's most outstanding player since his arrival 14 months ago - scoring 34 times with 17 assists in that time and winning the Sir Matt Busby Player of the Year award in 2019-20. He will surely be among the favourites to retain that prestigious club prize again and must surely be considered as a genuine contender for the PFA Player of the Year gong this time around.

So of course it's natural to make Fernandes a scapegoat when things aren't going well. When you need a spark, you look to those most likely to find you one. More often than not, Fernandes will produce something - a killer pass, a defence-splitting pass or the match winning goal. Yet in the past few days his record against the "big six" - the best the English domestic game has to offer - has been called into question. The bare facts show that perhaps there's some justification - one goal in seven games against Arsenal (twice), Chelsea (twice), Liverpool, Spurs and City. Even that was a penalty in that horrific home loss to Spurs. It seems churlish to  scrutinise him over even the briefest dip in form when you consider everything he's done for this club in his short time here, but then I suppose it comes with the territory in the modern game. 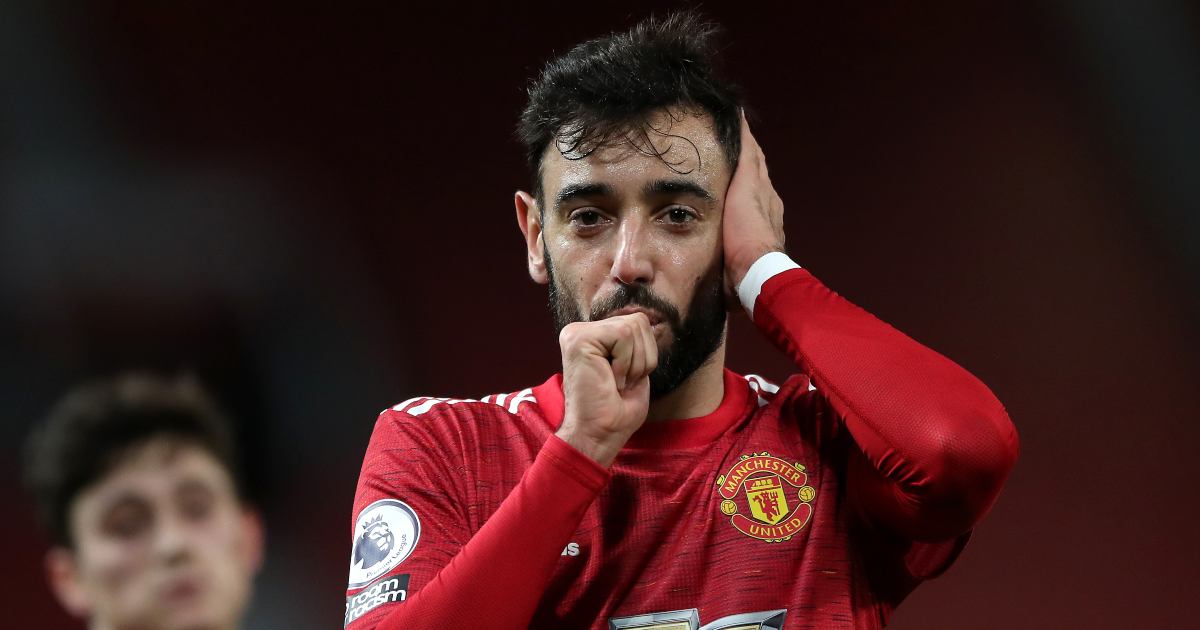 Those stats against the Premier League's leading lights have, perhaps unfairly, earned him a reputation as a flat track bully - someone who often overwhelms inferior opponents but cannot beat those at the top level.
Fernandes found himself starved of service against Chelsea on Sunday, with Thomas Tuchel setting his side out to press from the front and flood the midfield, surrounding our attacking players, every time we tried to counter attack. Fernandes was nullified by five or six blue-clad opponents whenever he came within 30 yards of goal. Chelsea cut off the supply line and never allowed time and space to work his magic.

In a way, it's a compliment to Fernandes: opposition sides know how good he is and specifically come up with a game plan to mark him out the game. They know that if you can stop Fernandes, you can stop United - particularly without Paul Pogba who can provide another option and offer creativity even if Fernandes isn't allowed to come to the party or isn't on it. If Fernandes is swamped, it frees up Pogba, and vice versa - United always have someone free to do the damage.

United have missed Pogba, none more so than at Palace when, with the anodyne and anonymous pairing of Nemanja Matic and Fred behind him, Fernandes was starved of the ball.

Even Lionel Messi would struggle to do anything in such a situation. What on earth is Fernandes supposed to do, where's he meant to go, when he's got nothing ahead of him and two players who can't threaten a jelly behind him? United's over reliance on him is understandable but also chronic with no Plan B. No other team should rely on a single player this much - it's a team game and although a team has a star man (Kevin de Bruyne at City, Pierre - Emerick Aubameyang at Arsenal and Liverpool's Mo Salah to name but three), those sides have also found a way to cope whenever the player in question is not involved or kept quiet. Such is City's embarrassment of riches, you barely even notice De Bruyne's absence.

It's got to the point now where United and Solskjaer find themselves in a classic Catch-22 situation. Fernandes has featured in every one of our 46 games this season and has been run in to the ground. He's running on empty and
needs a rest but such is his totemic influence on our team that Solskjaer is not in a position to give him one. We have seen how bad we look without Fernandes pulling the strings in midfield and as United battle to save our season it is not a risk Ole can afford to take. But at the same time, he has to find a way to get by when Fernandes is below par or off his game. With Pogba likely to go in the summer, it's an issue that needs to be resolved.

Posted by United Faithful at 08:28