Alexis Sanchez a man that does everything and nothing

No goals, no spark, no excuses - Alexis Sanchez is simply not justifing his status at Manchester United.

It was exactly eight months on Saturday United announced the X-Factor arrival of Sanchez from Arsenal with a theatricality that tends to accompany their new unveilings these days.
The Chile striker was filmed playing “Glory, Glory Man United” on the piano, with Ed Woodward, the club’s executive vice-chairman, gleefully divulging to investors a fortnight later that the Twitter video and assorted fanfare generated 75 per cent more social media interactions than Neymar’s world record £198 million move to Paris St-Germain. 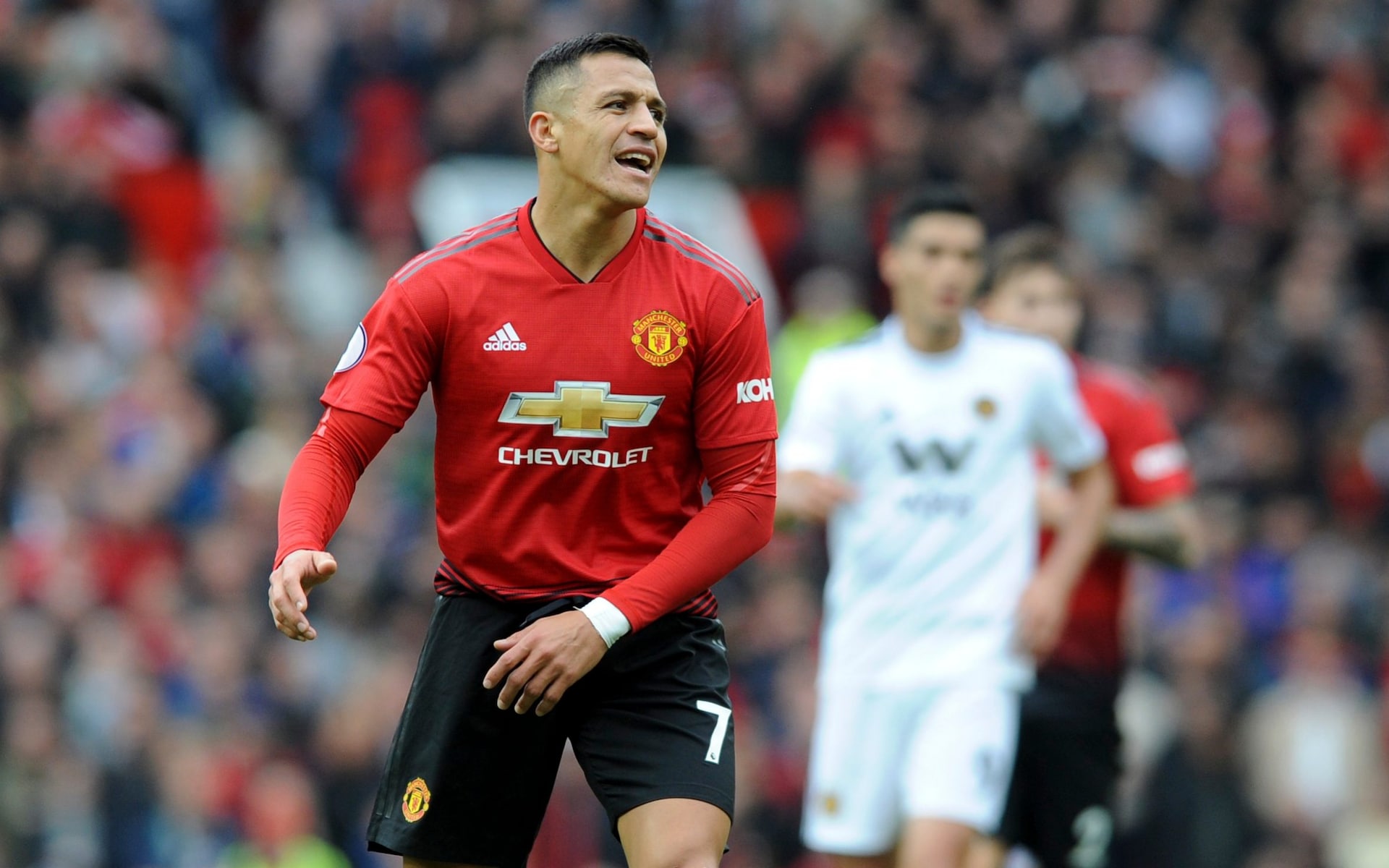 Presumably, United felt a piano was the most appropriate accompaniement for a player whom would soon have the team's attack dancing to his own tune. The only sound emanating from Old Trafford - after a 1-1 draw with Wolves last time out - were groans of frustrations as Sanchez hit another low note.
Off the field, he may be a record breaker but, on it, shirt sales count for nothing and, as supporters filed out of the ground debating where Sanchez ranks in that rather long list of transfer disappointments in the post-Sir Alex Ferguson era, it seemed fair to wonder if the forward’s troubles have developed into something more serious than simply a sustained slump.

Chris Smalling has scored three times since Sanchez last found the net in the Premier League for United, a drought that now extends to 829 minutes. Since Sanchez scored the first of his paltry three goals for United on Jan. 26, Mohamed Salah has plundered 23 goals for Liverpool, Sadio Mane 15, Eden Hazard has 10 goals for Chelsea in that time and Raheem Sterling eight for Manchester City.
Yet Sanchez’s shortcomings cannot be quantified solely by the dearth of goals. It is the absence of any discernible spark that is most alarming - the lack of creativity, the lack of impact, the lack of stardust he so often gave an alarmingly average Arsenal side.
There can be no questioning his work-rate but he is a man that does everything but yet nothing.
Indeed, the Sanchez script has become a wearily familiar one: if he is not squandering possession cheaply, he is invariably seen burrowing forward, head down, into an opposition roadblock, the worst kind of single-mindedness in a team yearning for collective fluidity. His highlights reel makes for decidedly slim pickings. Is that really what £500,000 a week buys you?

There were plenty of occasions last season when Jose Mourinho kept Sanchez on the pitch by virtue, it seemed, of him being his latest expensive recruit, despite many of his performances warranting an early shower. But even the United manager appears to have given up that pretence now. Having been dropped for the Champions League tie against Young Boys on Wednesday after an underwhelming showing in the win at Watford, Sanchez was substituted for the third successive Premier League match on Saturday and, as was the case at Turf Moor against Burnley, he lasted barely an hour against Wolves.

So what is Sanchez’s excuse? For the first time in nine years, he had a full, uninterrupted pre-season. During the last international break, Chile accepted a request from United for the player to stay in Manchester and sit out his country’s friendly against South Korea. Fatigue cannot be cited as a factor. Moreover, Sanchez is 29, with four years of experience playing in the Premier League. He was supposed to represent a quick fix. Nor can our system be blamed for his shortcomings as the 4-3-3 set up favoured by Mourinho is similar to the one he so flourished in at Arsenal. Neither is he a 19-year-old finding his feet in a new league and a new country. Maybe he simply isn't a United player.

The trouble for United is the ramifications extend beyond Sanchez’s own dismal form. Given the pressing need for a fast, skilful right winger, United’s decision to move for Sanchez was odd in the sense that they already had two forwards who, like him, favoured playing off the left when not deployed centrally.
Neither Anthony Martial nor Marcus Rashford have benefited from Sanchez’s arrival and Mourinho now has a situation where he is struggling to get a tune out of any of them. To compound matters, Sanchez’s exorbitant salary is only likely to increase the wage demands of future transfer targets, not to mention existing squad members, who may rightly wonder how a player who is performing so poorly, so regularly, can be paid what he is.