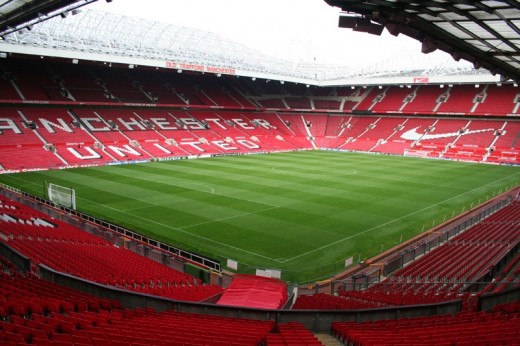 All is not well in the United camp, I don't even know what to believe anymore and I've given up trying to make sense of the situation - the complete and utter mess as Manchester United lie in a fractured heap of rubble having crashed and burned out of contention of two competitions out of four before the season is even two months old. The Carabao Cup is admittedly a second-rate competition but silverware is silverware and in these troubled times where sustained success is scarce, it's any port in a storm. Before the end of September, United have been knocked out of a competition that represented our best chance of a trophy by division-lower Derby and their rookie boss Frank Lampard. In a season that appeared make or break for the club, the players and manager, we've  hit a new low and things won't get better any time soon. Out of the League Cup and languishing in seventh place after a meagre six league ties, eight points off the dippers at the top - any mometum, any tangible optimism built up after those three successive away wins - have been swept away just as quickly in the midst of a campaign that is sinking fast.

The entire world and anyone who's not a United fan is laughing at us, our manager and star player are at loggerheads and at a seemingly unbreachable impasse, the players have given up the ghost, the manager seems powerless to prevent the plethora of problems and the board are detached, distant and haven't a clue. Ed Woodward remains a man without a plan, as talks of a director of football have, as usual with the Glazer puppet, hit a snag as a result of his dithering. The board has different ambitions from the manager, he has different ideas than what we want as fans, the club is a shambolic mess in a seemingly irreversible downward spiral with a divisive fault line running directly through the middle of the club affecting the dynamic both off the field and on it. There's an argument to say that, five years on, this is as bad as things have been since the ill-fated ten months of the David Moyes experiment. I wouldn't disagree.

To add to all that, we're having to witness the unpalatable stuff of nightmares as Liverpool - early Premier League pacesetters and with a 100% record - have thrown down the gauntlet as early league title favourites, with Pep Guardiola's champions from across town in hot pursuit. Only another eight months of the season left then we can put an end to this torture.

That's before we even get to the heart of the issue - the atmosphere around the club, the results and, more pointedly, the way in which we've been outmuscled, outfought and outmanouevred by opponents that hardly read like a who's who of world football's heavweights: from the brutality of defeat at Brighton, to the whimper of Wolves, via the cataclysmic implosion against Spurs and the debacle of Derby - United's season has lurched from the pathetic to the predictable. We've had our time, it's been fun, but things have changed and it's time to accept it for what it is. We're a laughing stock, it's not nice to stomach but we have to front up to the schadenfraude and accept it for what it is.

I don't know what the answer is but it's horrible and heartbreaking to see the club is such a mess. I'm just going to try and enjoy and endure the ride until, one way or another, things come to a head.