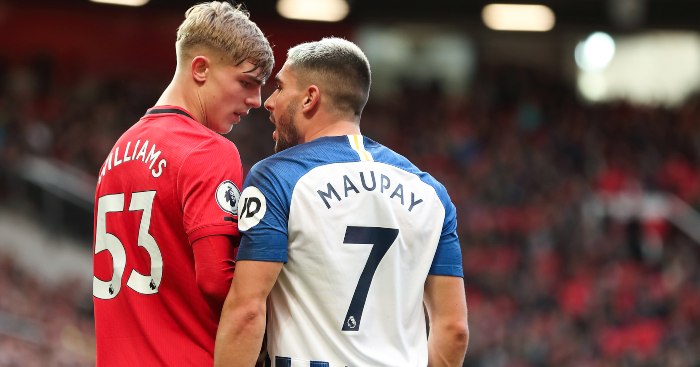 Six months ago, Luke Shaw was unchallenged and unrivalled as Manchester United's first choice left-back.
The only left back we had worthy of the name, Shaw's 2018-19 finally marked a season of progress for the world's most expensive teenager who had arrived at United in 2014 as a generational talent.

After years of regression, injury and fitness woes, Shaw had the Sir Matt Busby Player of the Year trophy in his possession. and had become the player we all knew he could be. Granted, it was a reward for being the shiniest turd in the toilet, but an England recall didn't seem far away and, finally, Shaw had made good his potential. Or so we all thought.

United's left-back position had hit choppy waters having been a symbol of calm through our days as dominant, all-conquering winners. Marshalled superbly by the brilliant if under-rated consistency of first Denis Irwin and Patrice Evra for the 90s and 00s, the pair had become synonymous with the success of the Sir Alex era as two of the finest full-backs in the land. But since the departure of United's diminutive but dynamic Frenchman in 2014, the position had undergone something of an identity crisis. Wingers have been jumped around, centre-backs moved across and make do and mend square pegs crammed into round holes whilst Louis van Gaal, Jose Mourinho and Ole Gunnar Solskjaer have scratched around for solutions. Many have tried but all had failed. Others have shown glimpses but flattered to deceive. But the answer may now have been found.

As Solskjaer's side boarded the pre-season plane to Australia, he took ten defenders - Shaw among them - with him. Quinton Fortune and Nicky Butt took another flight to the sleepy Austrian village of Obertraun, tucked away in the foothills of the Alps. They were charged with looking after United's second string side as they embarked on a pre-season training camp. Included in the party of 21 was a promising but untested 18-year-old left-back by the name of Brandon Williams, set for another season plying his trade and learning his craft with his Reserve team colleagues.

Back then, you'd have been hard pushed to predict how different the situation would look. Williams has enjoyed a meteoric rise, rocketing up through the ranks to such an extent that there's talk of England. Thrown in at the deep end, Williams hasn't looked back since his debut against Rochdale in the EFL Cup. Since then, he's played in Europe and a Manchester derby
, earned three Man of the Match awards, scored in the Premier League and pocketed one of the league's paciest players, Adama Traore, twice. Last night's showing against Wolves was only his 16th senior appearance. He looks like he's been playing there all his life. Williams is the player Shaw was at Southampton when he burst on to the scene as the next big thing with the world at his feet.
Shaw, again beset by injuries, can only watch on as United's latest teenage talent has become the epitome of Solskjaer's philosophy at his own expense.

Ole's championed youth and there can be no better justification of that the Crumpsall born defender. His emergence has also saved United a hefty sum of money on a replacement on the permanently crocked Shaw. Not only that, but Williams has shown all the traits you could want in a full-back, he doesn't shy away from a scrap, his approach to the game is spot on and he flies up the flank and down relentlessly.

Saturday against Norwich was Williams and Shaw's respective seasons in microcosm. The former kept his place and was excellent again, only shrouded by the missing of a late sitter. The latter had to settle for substitute spot until another injury, this time his hamstring, denied him even that.

Williams has boxing in his blood, being a relative of Super Featherweight Manchester fighter Zelda Barrett. As United prepare to step into the ring with Liverpool on Sunday, Williams has his rival pinned up against the ropes. It might not be long before Solskjaer throws in Shaw's towel.