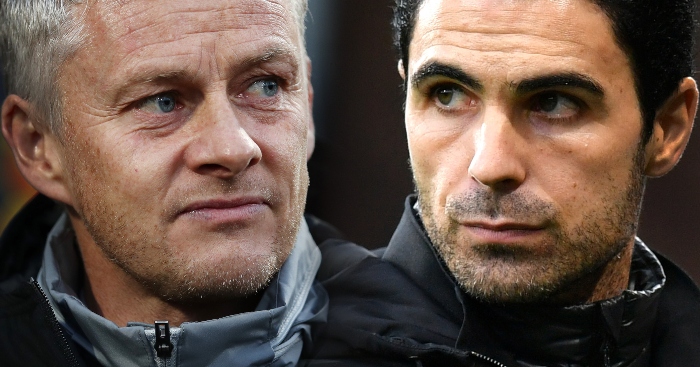 United started 2020 on a losing note as Arsenal comprehensively and deservedly prevailed to give Mikel Arteta his first win as manager.
The north London side had showed steady signs of improvement since the arrival of former player Arteta, and could count themselves unfortunate not to get at least a point against Chelsea last time out. There can be no arguments that this was a result they fully warranted,
The result never really looked in doubt from the moment Nicolas Pepe put the hosts ahead and, to their credit, the Gunners were worthy winners. United struggled and badly missed the impetus and creativity of injured midfield pair Scott McTominay and Paul Pogba. It only served notice of our dire need for at least one more player in the engine room ahead of this month's transfer window.

United began strongly as Marcus Rashford called Bernd Leno into early action, but the turning point came in only the eighth minute when the rejuvenated Pepe steered home his fifth of the season from a Sead Kolasinac cross.
That paved the way for a first half in which Arsenal seized an element of control they were never to relinquish. Pepe fired off a post, David de Gea saved well from Alexandre Lacazette and strike partner Pierre - Emerick Aubameyang flashed an effort narrowly wide.

Solskjaer's side came into the tie with one defeat in nine and having won back-to-back games over the festive period but this was characteristic of our stop-start season. United are yet to win three league games in a row with fixtures against Wolves, Man City and Liverpool on the horizon.

Lacazette screwed wastefully wide after he spun Harry Maguire, and the dominant Lucas Torreira went close after another Pepe set-up as Arsenal threatened to run riot.
United were hanging on and fell further behind three minutes before the break with a blow that proved decisive. Pepe was involved again as he picked out Lacazette and his flicked header was clawed away by De Gea. The ball struck the back of Victor Lindelof and dropped to Greek defender Sokratis who thumped in from close range.
Maguire's header was saved by Leno on the cusp of the interval and United did lift their game in the second half. Once the invisible man Jesse Lingard was replaced by the more dynamic Andreas Pereira, the Reds enjoyed their best spell of the game. Pereira almost made an instant impact when he fired into the side netting having put through by Nemanja Matic.
Rashford fired over the bar and Leno saved well low down from another sub, Mason Greenwood.

Overall team performance: 5/10
United Faithful Man of the Match: Anthony Martial. Got little service but worked his socks off and probably the only man to emerge with credit