Any strong, seaworthy vessel needs a captain, a leader, and a capable hand on the tiller to steady the literal ship and guide his crew through the darkest of nights and the stormiest of seas. 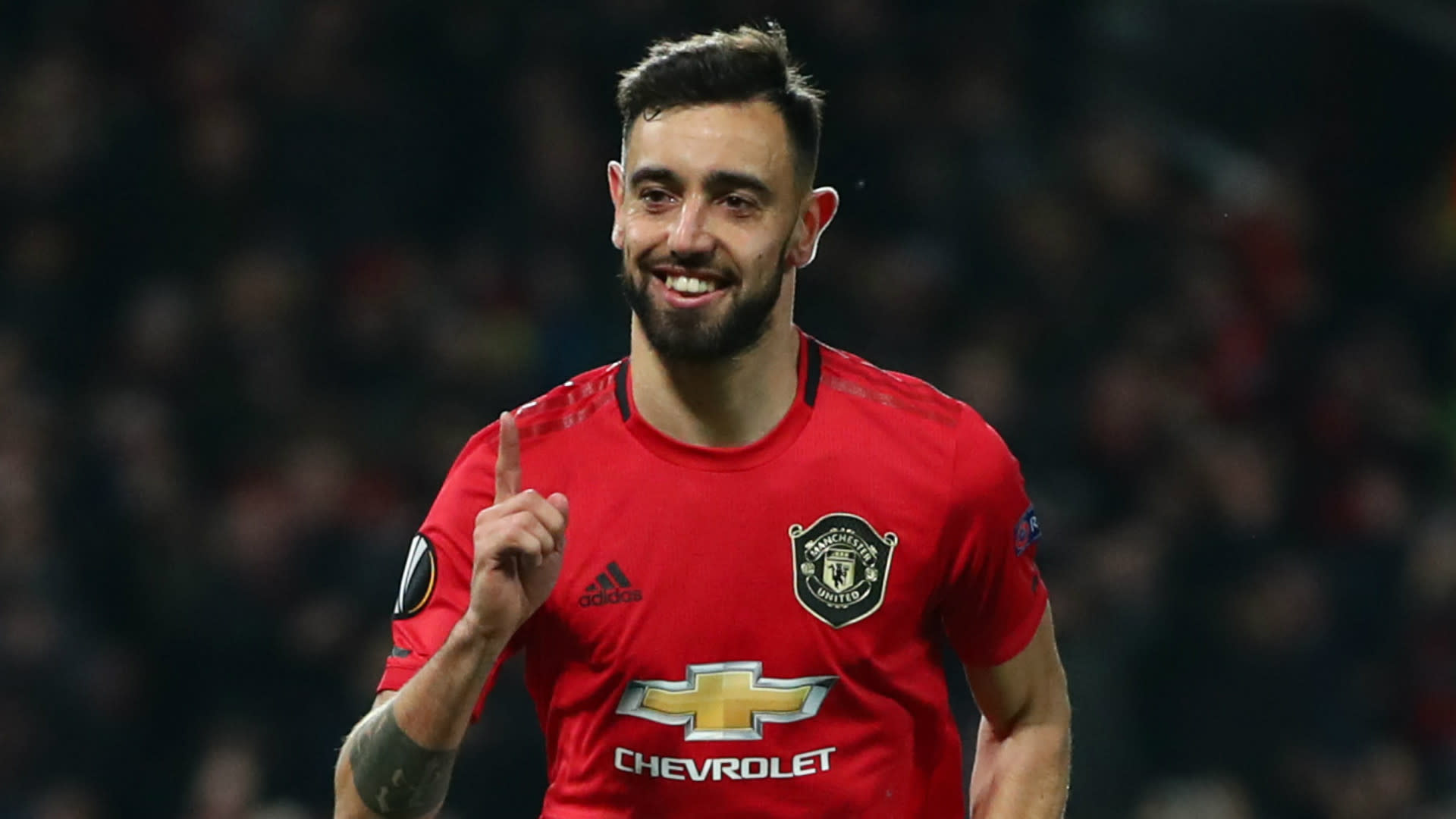 158 days ago, the vessel named HMS Manchester United found that man. The man, like his illustrious predecessor, arriving from Portugal - and, like another illustrious predecessor, wearing the no.18 shirt. Many would have baulked at the challenge, at the task of steering this magnificent vessel away from the rip tides, away from the shark-infested waters and set a craft previously in danger of being lost to the ocean back on an even keel.

Not Bruno Fernandes. Here was a man who liked a challenge, a man who saw Manchester United's current plight as a personal insult. Not for the first time, someone came from Sporting Lisbon to Old Trafford and - metaphorically - set the place on fire. Fernandes, like the conductor of an orchestra, struck a chord with fans and got everyone singing from the same hymnbook. Not for him was there a gradual, drip-feeding settling in period - more an almighty din, an omnipotent and omnipresent higher power, a man to make an entire football club dance to his tune, bend opponents to his will and a man with the Midas touch as a talismanic figurehead.

Despite playing only 13 games since his arrival, and seeing big name players such as Radamel Falcao, Angel Di Maria, Alexis Sanchez and Memphis Depay fail to make an impression before him, Fernandes is already our best post Sir-Alex signing. January signings traditionally take time to settle, but Fernandes has taken to his task like a duck to water, earning the February Player of the Month award and  directly contributing to more goals than games played. As the stakes have got higher with United chasing the top four and a potential cup double, Fernandes influential importance has only grown. We've needed a player like this for years.

It's not just his off-the-charts ability but his elite mentality and attitude. Fernandes demands nothing less than 100% from those around him, he's a born winner, a true leader and has already become the string pulling heartbeat and the heart and soul of Manchester United. It's difficult to describe exactly how good Fernandes has been, but not since Eric Cantona has a foreign import made such a thrilling and pivotal difference to the fortunes of an entire football club.

The number 18 shirt is an iconic one at Manchester United, perhaps just as much as our revered, much-vaulted number seven. The King himself, of course, wore that number, but the number 18 is befitting for Bruno, having been worn by club legend Paul Scholes. Scholes was undoubtedly one of United's greatest-ever players, playing over 700 games having risen through the ranks as one of Fergie's Fledglings to become one the finest exponents of his craft the game has ever seen.
When Zinedine Zidane was asked how it felt to be the best midfielder in the world, his reply? Ask Paul Scholes. 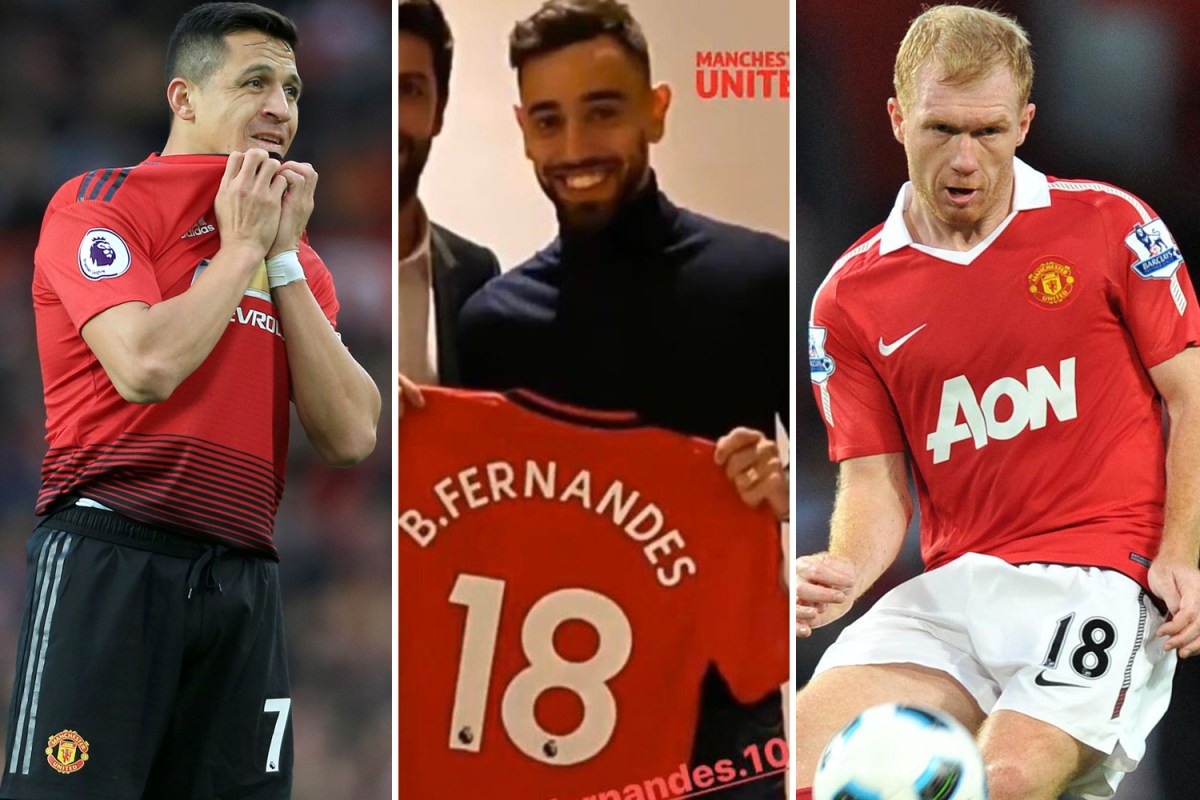 There was nothing Scholesy couldn't do - a complete player who simply had everything. He could dictate the play from deep, he could score, he was strong, his range of passing was simply magnificent and he had opponents on strings. A player synonymous with  the zenith of United's golden, glittering era, Scholes is widely regarded as one of the best the Premier League and the planet has ever seen. Certainly, he walks into any discussion when it comes to picking an all top top flight XI. Michael Carrick has perhaps been the closest we've seen to Scholes since. The two are vastly contrasting players, with Carrick's Rolls Royce style the string-pulling heartbeat of United for more than a decade. Whereas Scholes would leave his foot in - literally - Carrick seemed to glide through games and the two gave United the perfect balance in the engine room.

Scholes ran the show as United's number 18 for the best part of 20 years, and - in Fernandes - United have a player set to finally follow in those illustrious footsteps, bridging the gap from one generation to another.  Fernandes is Scholes 2.0, the Messiah re-incarnated. Ashley Young may have been a significant downgrade having taken the legendary shirt from the diminutive, flame-haired lad from Salford, but Fernandes, even if he retires tomorrow, will have done the shirt justice. There's a case to be had that Fernandes is the best we've had since Scholes.

The vessel named HMS Manchester United is fit for purpose again, and headed for calmer, tranquil, more peaceful seas this time around.
Posted by United Faithful at 02:28