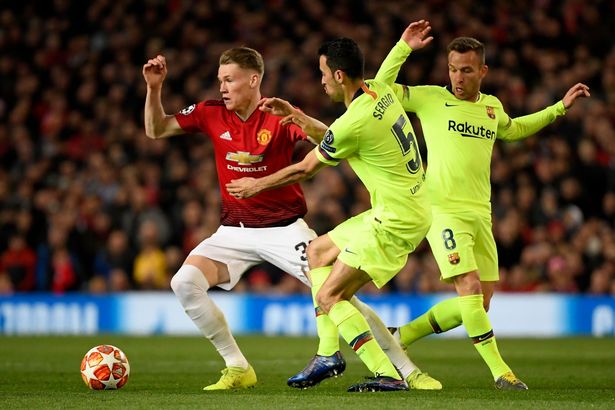 Ole Gunnar Solskjaer returns to the scene of his greatest triumph looking to plot another improbable victory against all odds. Solskjaer is no stranger to unlikely glory in the face of adversity, having scored the most famous goal in our club's history on this very ground 20 years ago next month.

United have not had the luck of the proverbial draw in Europe this season, having already negotiated a tough group section and then climbed Everest without oxygen to get past PSG. United put up a brave fight in the first leg of this quarter-final at Old Trafford, and can count ourselves unlucky not to be going to Catalonia at least on level terms after being the better side for 70 minutes. Having mounted the mother of all comebacks in the French capital in the last round, United will need something special again to repeat that feat against Ernesto Valverde's Barcelona. But a tie is never over at 0-1, and, as fans, we must believe that Solskjaer can squeeze every last drop of this club's never-say-die attitude out of his players in the palatial and grandiose surroundings of the Nou Camp.

By no means is the tie dead. It’s just very unlikely that we’ll see United pull off exactly what they did against Paris Saint-Germain, albeit with a greater deficit after losing the first leg 2-0.
Manager Ole knows all about pulling off miracles at Camp Nou. We, as fans, fondly recall his late winner against Bayern Munich in the same stadium, which saw United crowned European champions in 1999, the treble-winning season.
He will demand similar spirit and courage from his players on Tuesday night — to not give up and to make life difficult for Barcelona. The fact Barcelona weren’t at their best and still won the first leg puts a bit of a downer on this… United were encouraging but lacked a cutting edge in the final third and it felt like a massive opportunity missed.
United will try to keep Barcelona out for as long as they can, but we must take risks and win the game however difficult it may be. Barcelona haven't lost at home in Europe for almost six years, and it just seems too big an ask for this United side.

Ousmane Dembele started in Barcelona’s 1-1 draw with Huesca on Saturday and is expected to feature on the bench against United. A number of star players were rested for the game, including Lionel Messi, Philippe Coutinho, Nelson Semedo, Clement Lenglet, Sergio Busquets, Gerard Pique, Jordi Alba and Luis Suarez. For United, Luke Shaw serves the second of a three match ban after his booking in the first leg. That means that Ashley Young will be shoehorned in to the left-back role with Diogo Dalot keeping his place on the right. Alexis Sanchez has been tipped to feature by Solskjaer, who didn’t include the Chilean in his weekend squad. Nemanja Matic has also travelled with the team. Scott McSauce will come back in, with Romelu Lukaku, Marcus Rashford and Anthony Martial likely to lead the United line.

Solskjaer says he will not be distracted by nostalgia as he attempts to channel the spirit of 1999:
"I don't think so. I will be so focused, I will be so concentrated. I will have my last little gut feeling on who to play - sometimes you do get those hunches. Against Paris St-Germain I had a team in mind when I travelled in the morning, walked out into the stadium, saw the stadium and thought: 'No, I will change.'
"I can't wait."

A draw would take Barca through to the last four for the first time since 2015. United have not got that far since 2011 when we lost in the final at Wembley against.... yep, you got it. Barcelona.

Posted by United Faithful at 09:38