What has happened since Ole got the permanent job?

Remember when Jose Mourinho said that last season's second place finish with this United side was the greatest achievement of his decorated managerial career? We all laughed, but now it appears that he really was right after all. I've given up trying to work out what's going on at this football club of ours. For three glorious months, three wonderful months when United threw off the self-imposed shackles to return to the halycon days of yesteryear, everything was rosy in the Old Trafford garden. Fans, players, management and board living side by side in perfect harmony.

Feeding off the Ole Gunnar Solskjaer feelgood factor and revitalised by the Midas touch of the Baby faced assassin, United could do no wrong. Nine successive wins, an unbeaten run of eleven games and players arising from their slumber to cut a swaggering swathe through all comers both at home and in Europe. Tottenham, Arsenal and Chelsea all fell under the spell of our caretaker manager, and PSG were sent packing against almost impossible odds on one of the greatest night's in United's long and proud history. Ole was at the wheel and it was the best we had felt as Reds for many a year. 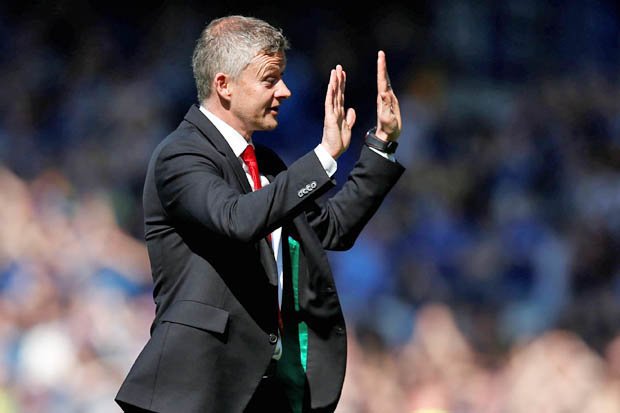 If the miraculous events of the Parc des Princes presented me - and I'm sure many other Reds - with the recent zenith of our United supporting lives then what happened on Sunday at Goodison Park was the nadir. It takes some doing to pick out the low points from the last ten years of perjury, but this was surely it. Anyone can get beat, but what you simply cannot do is get beat by giving up. By not even trying. By stabbing your manager, and 650 million United fans worldwide, squarely between the shoulder blades. Work rate and effort cannot drop below the minimum standard expected of any United player. No one should ever lose 4-0 at Everton. Since Ole Gunnar Solskjaer got the permanent gig 24 days ago (and even in his last game as temporary boss in the FA Cup at Wolves), we have gone back to the dark days of the moribund Mourinho. But why? It is a question that no one really knows the answer to, probably not even Solskjaer himself. Was his sensational run as interim boss just incredibly lucky? Was it having a fully fit squad to choose from, a happy team with no worries over loss of form or contract shenanigans? Was it the players throwing off the shackles and reinventing themselves with a point to prove playing under the positive guidance of a bona fide club legend? Or maybe Paul Ince's notion that merely not having Mourinho there any more was a weight off the shoulders? Or a combination of all of the above.
Whatever the reason, something has happened that has seen a steady dip in first results, then performances, since Solskjaer was announced as boss on a full time basis. Ole's at the wheel? He is, but on a road that is leading nowhere. Previously flawless, Ole's inexperience is coming to the fore and selection and tactical errors have crept in. The players have reverted back to their old ways. The Barcelona aggregate loss was just about acceptable, and an argument can be made that, even in defeat, the Reds have not been playing badly. But on a ground where David Moyes was sacked five years ago to the day, United were limp, lifeless and woefully abject.

It was clear that the plethora of problems that eventually proved too much even for Mourinho never went away, instead bubbling menacingly under the surface waiting to be exposed and rear their ugly heads again.

It is just Solskjaer's luck that at the moment he is looking ill equipped to deal with them.
Posted by United Faithful at 15:58
Labels: opinion