Football is not merely a results business. It is also a combination of the entertainment industry and show business. At the moment, Manchester United - by hook, by crook or sheer force of will - are managing to provide all three. 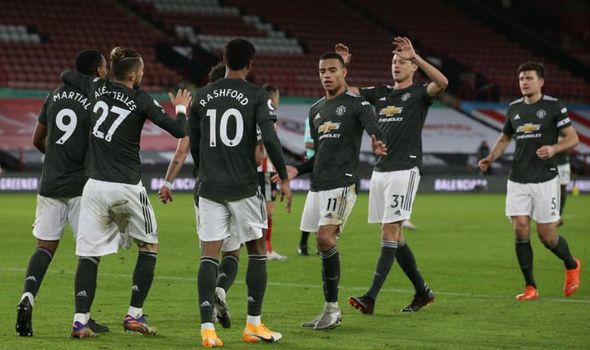 This is by far the most fun United side we've had since 2009 - perhaps not the best,  but definitely the most eye-catching. If there were fans present at every game, they certainly wouldn't feel short changed. Apart from the breath-of-fresh air provided by Marcelo Bielsa's Leeds side, is there a more eminently watchable side than Ole Gunnar Solskjaer's tricky showtime Reds in the Premier League at present? Speaking of Leeds, we renew rivalries with the men from across the Pennines on Sunday at Old Trafford and it certainly won't be boring.
United provide entertainment in many different ways, specifically the art of the contradiction. We don't merely lurch from the sublime to the ridiculous on a week by week basis. Oh no. We manage to achieve both extremes within the same 90 minutes.
This was never more clearly illuminated than another baffling performance at Bramall Lane. Not for United is the easy or the routine. Playing last on another midweek festival of football, the Reds forgot to turn up for the first 15 minutes at Bramall Lane - where last season's surprise package Sheffield United are rapidly becoming this term's whipping boys.

Having gone behind to a side that hadn't taken a lead all season, indeed, a side with only seven goals to their name from 13 outings, the Reds were sloppy, lethargic and anodyne in the opening exchanges of this clash between two of the Premier League's United's. We then scored three in third gear, swaggered around with class, confidence and arrogance before somehow almost turning three comfortable points into only one if not for Dean Henderson - the man at fault for both of Sheffield's two goals. Henderson's own personal performance was the epitome of his side's collective showing in microcosm. His late save from Lys Mousset highlighted his undoubted quality, but he should have done better for both of David McGoldrick's early and late efforts.

As Tom Hanks once said in the guise of Forrest Gump: life is like a box of chocolates because you never know what you're going to get. The same can be applied to this bewildering yet beguiling Manchester United side.
The 2020-21 may be an extraordinary season like no other, but it's been a magical mystery ride for us Reds so far. Every game should come with a health warning, and it's advisable to never be far from a defibrillator when watching this United side - capable of delight and despair in equal measure - strut their stuff. More rollercoaster white knuckle ride than unstoppable runaway train. There is still the sense that we're still not quite sure what this United side are or supposed to be? Are we genuine title contenders or a team constantly papering over the cracks and doing enough to just scrape by? 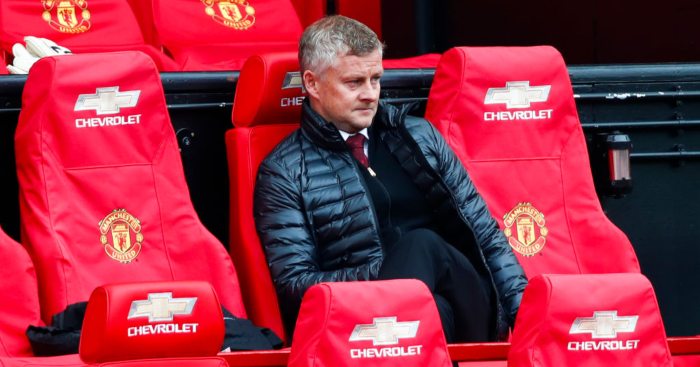 Are these exciting, thrill-a-minute victories masking bigger problems or are we truly a side capable of mounting a tangible quest for the major honours? But as out greatest showman himself once said - attack wins you games, defence wins you titles. Victor Lindelof and Harry Maguire continue to look incompatible against even the most rudimentary of opponents. Until the Reds fix that particular Achilles heel, it's difficult to see how this current trend is sustainable. We cannot keep leaking goals or giving opponents a one or two goal head start. You might get away with it against the likes of Southampton, West Ham and Sheffield United but - as we saw in Leipzig - against the best in the business there's no escape. Coming from behind will only get you so far. The attacking trident - Messrs Marcus Rashford, Bruno Fernandes, Mason Greenwood with Anthony Martial and Paul Pogba (when they want to be) - are as good as any but opponents are exploiting a lack of pace and cohesion at the back. Lindelof and Maguire aren't necessarily bad players, and both offer plenty individually, but they don't work well enough together. United are two top quality centre-halves away from mounting a genuine assault on the major honours.

If - and it's a big IF given United's consistent inconsistency - we win our game in hand at east Lancashire rivals Burnley, Solskjaer's side will somehow be in second place in the table, two points off the top. Let's assume Chelsea and Manchester City are considered as contenders for the title - well then, at the moment, so are United considering we are above both in the league almost halfway through the season. This most unpredictable of sides are firmly in and amongst the chasing pack in this most rollercoaster of league campaigns.

Of course, the very nature of this harum scarum, unpredictable raison d'etre is the sense that trouble and strife is never very far away. As one cross Pennines derby ended in a five goal thriller, the spectre of another storied ol' Roses clash loomed large for Solskjaer's United. Yes, of course, it's Bielsa and his Leeds side - a clash of two of English football's sleeping giants and of two sides for whom defending is an occupational hazard. It's the start of a massive week for Manchester United - how many times have we said that, too?

Hold on tight, strap yourselves in and to reword a Robbie Williams classic, Let Them Entertain You.