Neymar struck twice and Fred was foolishly sent off to leave United's hopes of making the last 16 hanging precariously in the balance.
United would have qualified with a point but instead our fate will go down to the final game with the Reds needing to avoid defeat in Germany against Leipzig to get through. It's the same permutation but with significantly less wriggle room. 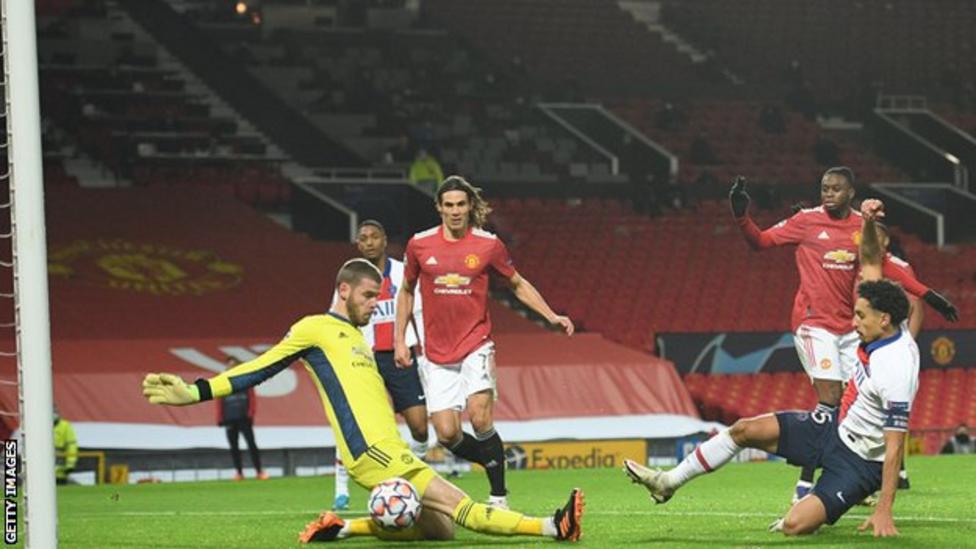 Thomas Tuchel's expensively assembled Parisian giants arrived at Old Trafford having moved into second position in a devilishly difficult Group H section but with Leipzig hot on their heels. The Germans themselves won in Istanbul to ensure all three sides go into the final round of matches on nine points apiece.

Scott McTominay and Anthony Martial returned to the side whilst Edinson Cavani, the match-winning substitute, was restored to the XI against the club he served so prolifically for the best part of a decade.
But even without their all-time record scorer, PSG remain a dangerous and very talented team spearheaded by the generational talents of Kylian Mbappe and Neymar.

The pair had been kept quiet during the reverse in Paris but United had no such joy here as the Brazilian put Tuchel's men ahead inside six minutes.
Neymar and Mbappe, as they so often do, linked up to clinical effect as the latter's shot deflected off the lunging McTominay and fell to Neymar. The world's most expensive player made no mistake from a tight angle as he smashed beyond David de Gea and into the corner.

De Gea saved well from full-back Alessandro Florenzi as United were forced on to the back foot with Leandro Paredes and the returning Marco Verratti pulling the strings and driving Tuchel's side forward.
The Argentinian was at the centre of the game's most contentious incident on 20 minutes. Paredes went down like he'd been shot after an altercation with Fred with replays showing the United man pushing his head towards Paredes.

Referee Daniele Orsato checked VAR to decide on the nature of Fred's punishment, and the United man somehow escaped with only a booking much to PSG's chagrin.

Handed a let off, the Reds had our best spell of the game and equalised on the half mark, albeit in
fortuitous fashion. Tuchel admitted his side were sick of the sight of Rashford and would have been even more so after his third goal in as many games against the Parisians.

Keylor Navas saved well from Anthony Martial but Aaron Wan - Bissaka seized upon the loose ball and cut the ball back to Rashford. His low effort took a hefty deflection off Danilo Pereira, wrong-footed Navas and rolled into the corner.

Given the fact Fred was walking a metaphorical tightrope, coupled with PSG's play-acting, it was a major surprise to see the Brazilian  take to the field after the interval. It looked a major error by Solskjaer not to make a precautionary substitution and leave nothing to chance by taking Fred off.

If that was bad, what followed was even worse. Neat link up play between Rashford and Cavani saw the latter find Martial - unmarked, one-on-one and six yards out. It looked easier for the Frenchman to score but instead he could only fire over the bar and into the Stretford End. 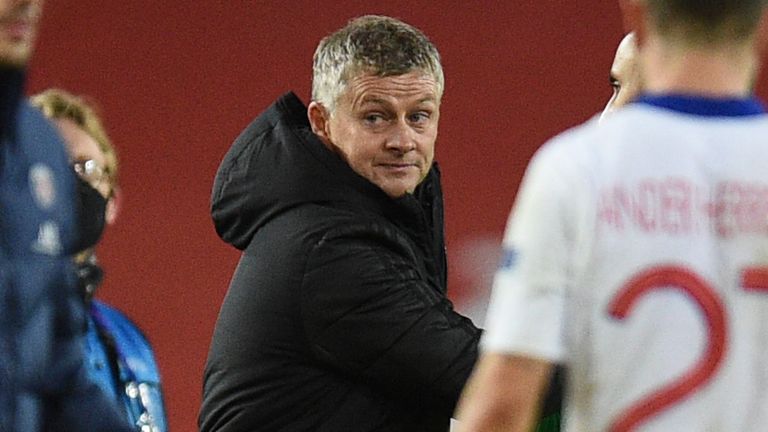 Cavani struck the bar with a clever lob, and Marquinhos blocked well to deny Martial on the rebound. The PSG captain then went close at the other end, as he looped a header off the woodwork having been found by Neymar.

Moments later, PSG were ahead and back in control. De Gea tipped wide from substitute Mitchell Bakker but, from the resultant corner, Marquinhos bundled the ball home to restore the group favourites' advantage.

The match had slipped out of reach and went further beyond United on 74 minutes when Fred was inevitably dismissed. He was very unlucky to receive a second booking as he won the ball in a challenge with ex-Red Ander Herrera, but Mr Orsato - perhaps influenced by his first half error - sent the Brazilian from the field.

Herrera flashed a shot over the bar before substitute Paul Pogba, having replaced the injured Rashford, went close with a dipping 25-yarder.
Mbappe shot wide and Navas held a Bruno Fernandes header but PSG always carried a threat and made it 3-1 late on as Neymar burst clear, shirked a succession of challenges and fired in a finish.

United remain top of the group and their fate is still in their own hands with a point needed in Leipzig to go through to the knockouts.