Ole Gunnar Solskjaer's United face the biggest week of our season as the 2020-21 campaign reaches the halfway stage.
Starting the season a week later than everyone else due to the knock-on effect of August's exacting Europa League exploits, the Reds face east Lancashire rivals Burnley at Turf Moor on Tuesday before making another short trip down the M62 for the biggest game of all. 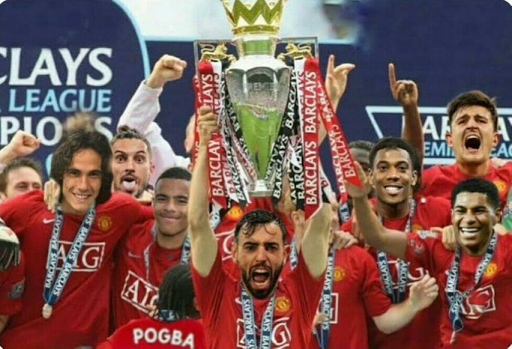 Sean Dyche's side always prove a difficult test of credentials, even without fans packed into the tight confines of Turf Moor, on the fringes of the industrial city where United's less illustrious neighbours ply their trade. Let's hope its our happy place. But the Reds have a good recent record at "The Turf", having won there on our last four visits with three 2-0s and a 1-0. Should we extend that sequence to a fifth game, then United will occupy top spot. Indeed, such is the situation at the summit, a draw would suffice but three points would give us breathing space and wriggle room as we head to Anfield on Sunday. With the disappointment of the League Cup defeat to City still prominent in our minds and hanging in the air, this next week would be the ideal tonic to banish the demons of a fourth successive semi-final failure.

Manchester United, top of the Premier League. A sight that once sent an air of resignation through the rest of the league, a feeling that - for us - became one of familiarity, accompanied with an expectant air that here was just another routine, regular season at the office. In the halycon days of yesteryear, the sight and sounds of United at the summit usually only meant one thing - that golden plated Premier League trophy. But as we're all too painfully aware, all good things must come to an end. But yet, this time, there have been signs of green shoots of recovery.

It's a peak scaled all too rarely in recent times. Two years, five months and a day, to be precise. 10 August 2018 marked the last time Manchester United sat astride the Premier League's apex. That night, the Reds opened the 2018-19 season with a 2-1 win over Leicester on Friday night to hit the summit, albeit before anyone else had played. Jose Mourinho was gone four months later. Mourinho's Reds had briefly topped the summit in both his first and second seasons, albeit briefly, but United would finish sixth (Chelsea were champions) and runners up (to Manchester City) respectively in both of those campaigns.

Despite the criticism and ill-feeling that has enveloped Old Trafford and Solskjaer for much of the season, the Reds could be six points clear at the top by this time next week.
There is of course a long way to go in this extraordinary season as the games come thick and fast, but its a turnaround few would have foreseen after United's 1-6 drubbing at the hands of Mourinho and his Spurs side, our joint-worst Premier League loss and one that left us 16th in the table.

Of course, we haven't won anything yet but it would represent our best league position throughout the last eight years and only add to the growing sense of genuine belief that 21 is coming in 2021. The Reds have, of course, won 20 of these things in the past but none since 2013, Sir Alex Ferguson's final season. Perhaps, this year, it's Manchester United's time.

In the midst of a title tussle and a ding dong for the ages in a season like no other, this is United's chance to seize control of the most unpredictable title race in ages. 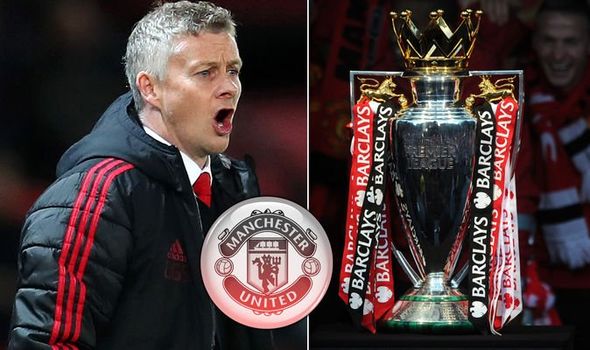 After Burnley, comes a challenge of a very different kind. Champions Liverpool at fortress Anfield, where the 'other' Reds are unbeaten since April 2017. It may not be the all-conquering Liverpool of last season with the side decimated by injuries, and chinks have certainly been exposed in their armoury, but it still represents a stiff challenge. United going into that game on top would set up a classic, even one played behind closed doors.

Whilst it remains too early to predict a straight fight for glory between the country's two most successful clubs, it would be just what the country, and the league, needs right now in these difficult times. West Brom got a point at Anfield and the Scousers have already lost twice in 2020-21, only one defeat fewer than they did in the entirety of 2019-20. They will be strong and its a toughie, but this looks to be in form United's best chance of winning on enemy territory for many a year. But United cannot allow the spectre of the totemic showdown on Merseyside distract from the pitfalls of Burnley - if we're not at it, this Clarets side are more than capable of making United bleed. It's a delicate balancing act - Solskjaer will have one eye on Anfield but, at the same time, he'll be well aware of the threat Burnley pose.

If you'd offered us this situation back in September - a scenario where two back-to-back wins in January would take us six points clear of the champions (having played the same number of games) at the summit, I'd have thought you were deluded. But yet here we are, in possibly the most seminal and season-defining week Solskjaer has had during his time in charge.