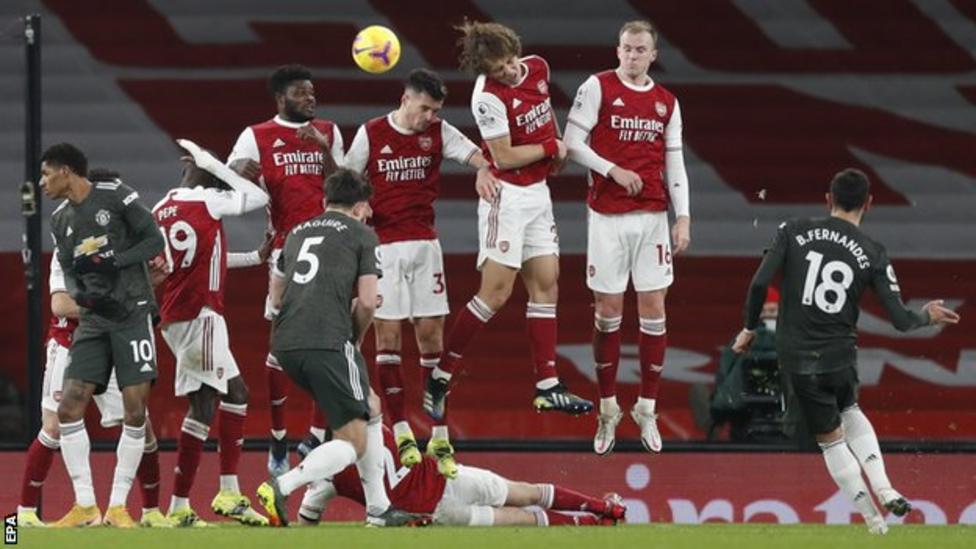 Edinson Cavani came within inches of a dramatic late winner as Arsenal and United again shared the points in an underwhelming encounter.
The Uruguayan only further served to highlight his credentials as the main striker for Ole Gunnar Solskjaer's side when his movement and craft created two chances at the death, only to be denied by Bernd Leno and then send a volley narrowly wide.

In truth, a draw was probably a fair result as the Reds remained in second despite Manchester City extending their title lead with a win over our midweek conquerors Sheffield earlier in the day.

Solskjaer shuffled his pack again as he made five changes to the team from midweek, with Scott McTominay and Fred coming back in and the much-malinged Anthony Martial dropped to the bench. Luke Shaw and Victor Lindelof also returned after a rest against Sheffield.

The Norwegian was rewarded with a positive start as the Reds looked to get the feeble Sheffield loss out of their system. Our first opening came from an unlikely source as a Marcus Rashford corner was only half cleared to Fred, and the Brazilian - despite not being known for his shooting prowess- almost put us ahead with a clever lob only to be denied by a good save from Leno.

Gabriel Martinelli cleared well under pressure from Marcus Rashford, and the theme of unlikely attacking contributions continued when Aaron Wan - Bissaka put a header inches wide having been picked out by fellow full-back Luke Shaw.

Bruno Fernandes curled a shot wide before Alexandre Lacazette tested David de Gea at the other end at the culmination of a Gunners counter-attack to cap an exciting period of play.

With McTominay suffering from stomach cramps, Martial was summoned into action from the bench earlier than he would have expected, with Paul Pogba dropping into a deeper role alongside Fred and his compatriot moved out to the left.

Rashford frustratingly should have done better when Shaw - once again United's best source of attacking threat - picked him out from close range. Instead of hitting the shot first time, Rashford cut in and tried to nutmeg his marker and chip the keeper, only to be snuffed out by Cedric Soares at the final moment. 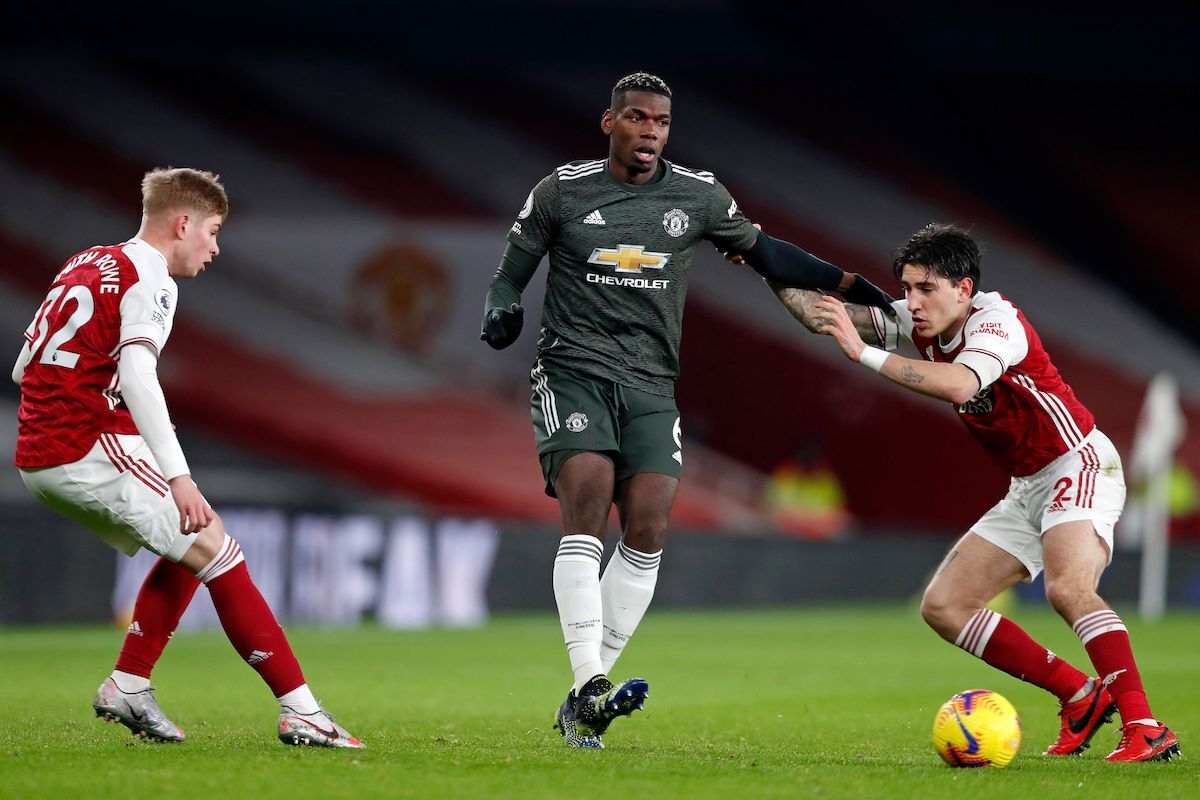 Arsenal upped the ante after the restart and finally began to show what they're made of. The excellent Wan - Bissaka blocked superbly from half-time sub Willian, and Harry Maguire did likewise from the next attack, this time to thwart the intermittent promise of Nicolas Pepe. Having controlled the first half, it was all becoming a little last ditch for United's liking.

But just when it looked as if we were being pegged back, the Reds found a new lease of life and went oh so close through Cavani on 62 minutes. Yet again, it came from Shaw's swashbuckling raid down the left, as he whipped the cross in and United's no.9 looked certain to score, only for the impressive Leno to somehow deflect the ball wide.

Three minutes later, Arsenal were left cursing their luck as a clumsy foul by Fred teed up a free-kick for Lacazette, but the Frenchman rattled the set piece against the bar. In a game of fluctuating fortunes, De Gea saved superbly from Emile Smith - Rowe and Pepe then went close when he flashed an effort across the face of goal having been put through by the same player.

With the game heading for the first goalless encounter between these two since 2014, there almost came a dramatic denouement. Wan - Bissaka was again involved as he burst clear and found Cavani with an excellent cross, but the striker's hooked effort flew agonisingly off target.

In truth, though, a draw was a fair result.

Overall team performance: 7/10. Excellent first half but patchy in the second.
United Faithful Man of the Match: Aaron Wan - Bissaka. Almost faultless in defence and attack.