Ole Gunnar Solskjaer shuffled his pack for the visit of Watford but several fringe players failed to grasp their moment.
There were nine changes from the side that lost to Manchester City in midweek, with only Scott McTominay and Dean Henderson retained. With a huge midweek looming and the chance to go top of the league on Tuesday, Solskjaer handed overdue and much-needed breathers to Harry Maguire, Aaron Wan - Bissaka, Bruno Fernandes, Fred, Anthony Martial and Marcus Rashford. A largely second string United side dominated possession but struggled to create clear-cut chances in a typical FA Cup tie between Premier League and Championship - too close in quality for the bigger side to run away with it, not close enough to ensure a blood and thunder thrill-a-minute ding dong.

Circumstance dictated that Solskjaer perhaps used the captain - with Scott McTominay stand-in skipper for the night - and the latter two against his wishes after Eric Bailly departed through concussion.
As Dan James and Mason Greenwood, two of the fringe players handed a rare chance to impress, failed to do so, Solskjaer reluctantly called upon Rashford and Martial to put the tie to bed. He was right not to start Fernandes, with the only surprise perhaps being it's taken so long for him to get a rest. But even in absentia, he still impressed. United are so reliant on the Portuguese and we miss not only his drive and quality but his intensity and leadership qualities.

It was a gamble he could have done without but showed that United are still overly reliant on their key men and the strength and depth - although much improved - still cannot accommodate wholesale changes.

This was a shop window XI from United with Brandon Williams in an unfamiliar right-back role, Axel Tuanzebe at centre-back and rare starts for Juan Mata, Jesse Lingard and Dan James. Solskjaer challenged the fringe players in his much-changed side to impress him and prove they deserve to be involved more often. With a huge game and the chance to go top of the league looming on Tuesday, 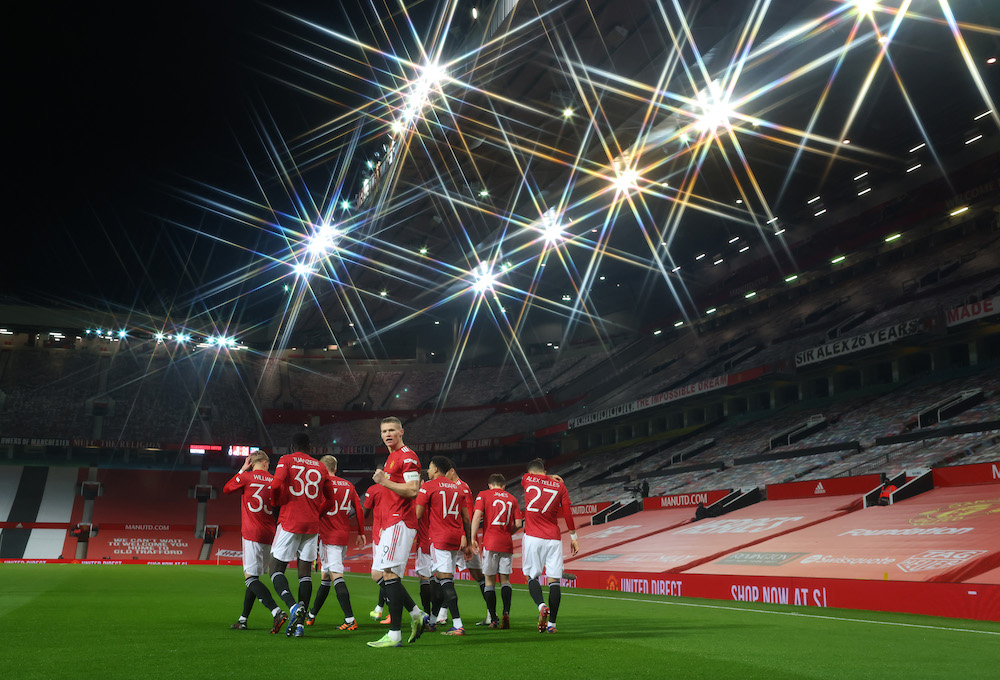 Greenwood wasn't at his best, drifting wide constantly rather than holding his central position. Although sub par, taking him off seemed a strange decision. He had little quality service and another 20 minutes could have helped his cause. Tuanzebe, on his fourth start of the season, was solid as usual, so too match winner and pick of the bunch in Red, McTominay.

Williams, too, on only his third start this season at right-back, didn't take Solskjaer's advice as he struggled throughout against Watford's highly sought-after winger Ismaila Sarr. Williams certainly should not be the deputy for Aaron Wan - Bissaka.

Lingard had not started since the League Cup game at Luton in September but, despite flashes of form, lost the ball 14 times against the Hornets, looked devoid of urgency and lacked composure.

In a game defined by averageness, and one in which no one stood out or did dreadfully, Donny van de Beek made his ninth start for United. There were a few neat moments and a lovely link up with Juan Mata that almost led to a second goal but the £40m Dutchman was upstaged by his less illustrious partner to his right, in the wake of McTominay's man of the match performance - again, van de Beek wasn't amazing, but wasn't terrible either. He was just there.

It may not have been a vintage United showing, but when so many changes are made it's always difficult to play as a fluid and cohesive unit. Ultimately, this was about the result and the Reds are safely through to the fourth round for the seventh successive year.