Man Utd will aim for three consecutive league wins for the first time this season as Ole Gunnar Solskjaer's side face Bournemouth in our final match of 2018. 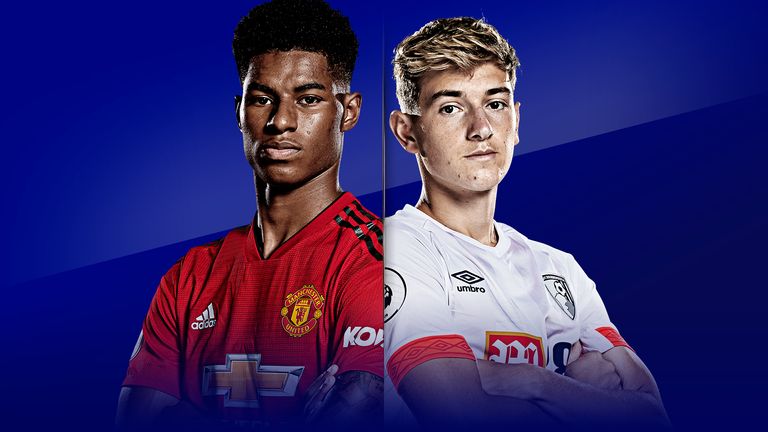 The fixture is our latest in the packed festive schedule, and comes hot on the heels of a confident 3-1 win over Huddersfield Town on Boxing Day, when Ole Gunnar Solskjaer took charge of his first home match as caretaker manager to great acclaim.

The Treble winner will be hoping United's positive momentum can be further extended after eight goals in two matches and a pair of entertaining attacking displays.

Romelu Lukaku, Alexis Sanchez and Anthony Martial have all returned to training and are in contention to return against the south coast side on Sunday. Marcos Rojo and Scott McTominay aren't far away from returns, but Chris Smalling is out with a foot injury. The centre-back is not expected to return until the Tottenham tie on 13 January.


With United's next match at Newcastle following just three days after the Bournemouth clash, the caretaker manager will be keen to use the depth of his squad wherever possible.
Out-of-form Bournemouth shared some early team news of their own on Thursday, when they confirmed they will be without their captain Simon Francis at Old Trafford, after the centre-back was stretchered off during the 5-0 defeat to Tottenham at Wembley on Boxing Day. Scans later revealed a rupture to the anterior cruciate ligament in his right knee. The defender joins midfielder Lewis Cook on the sidelines, who suffered a similar injury earlier in the month. Both men - key cogs in the Cherries rise to Premier League prominence - will miss the remainder of the 2018-19 season.  Dan Gosling and Adam Smith are also expected to miss out, after playing no part in recent games due to knee complaints.
Despite a recent dip in form, in which they have lost four away games in a row and seven in nine league games, only Everton have scored more goals than Bournemouth's 27 outside of the top six.
Solskjaer said: " When you win, everyone is happy so let's just keep that run going. We've got to focus on our performance against Bournemouth and get three points because the last two games have been fantastic.
"My job has been to speak to the players, to get to know the feelings and know how their confidence levels are and how they feel about their own situation because every single one has a responsibility to improve. "It is up to them to use their imagination, creativity & just enjoy playing for this club because that's the best time of your life. My job is just to help them do that."

The Dorset club did not reach the top flight until 2015, so we've faced the Cherries relatively few times. The teams met for the first occasion in 1949, when United ran out 6-0 winners in the FA Cup third round while still playing home games at Maine Road after the war. United have dominated the encounters, winning 10 of the 15 matches, drawing three times and losing just twice. However, Eddie Howe's men won the first-ever league match between the clubs - a 2-1 victory at the Vitality Stadium in 2015, when United were managed by Louis van Gaal. But Old Trafford remains unconquered territory: Bournemouth have lost five of their six games here, with a 1-1 draw in 2016/17 being their best effort to date. In last season's equivalent fixture, Romelu Lukaku scored the only goal on a bitterly cold and wet midweek evening in December.
Howe said: "“We are in a key stage of the season and we have to make sure we keep our focus and not get too down on ourselves. We have Manchester United away in our next match so we can’t spend too much time dwelling on the defeat to Spurs."
Form guide: Man Utd D W L L W W  AFC Bournemouth W L L L W L
Match odds: Man Utd 1/3 Draw 4/1 AFC Bournemouth 9/3
Referee: Lee Mason (Bolton)

Posted by United Faithful at 04:51