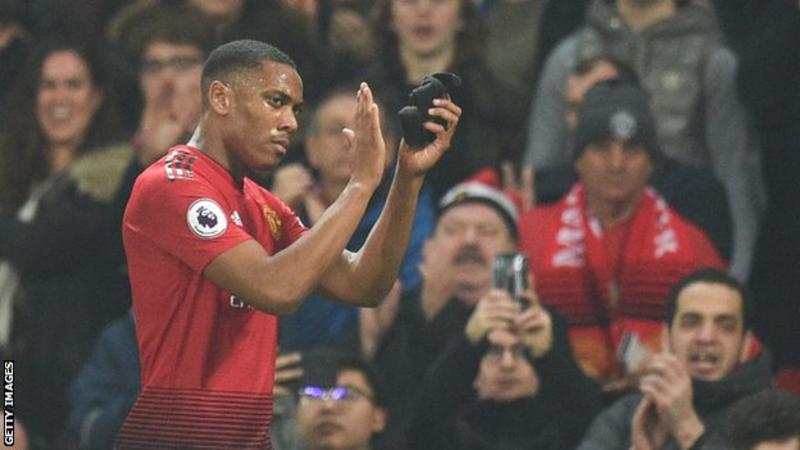 Despite the fact that we welcome bottom-of-the-table Fulham, there are more questions being asked about United.
Jose Mourinho's side finished 19 points behind City last season - barely halfway through this campaign and we're already 18 off Pep Guardiola's sky blue juggernaut at the top.

Despite a much improved performance against Arsenal in midweek, United - on a run of four games without a win and with a trip to Anfield looming large next week - are some way behind silencing their many critics.

Considering Fulham's appalling away record and equally depressing recent run of results at Old Trafford, anything other than a United win this weekend seems improbable. However, with four points in three games since Claudio Ranieri's arrival, the Cottagers won't have written off their chances.
With low expectations and pivotal games against West Ham, Newcastle, Wolves and Huddersfield to end December, the promoted Cottagers will be viewing this game as a free hit.

United will assess the fitness of Anthony Martial, Luke Shaw, Chris Smalling, Eric Bailly and Phil Jones, who are all carrying injuries.
Ashley Young is available again after suspension, but Victor Lindelof and Alexis Sanchez remain sidelined.
Fulham duo Kevin McDonald (hamstring) and Floyd Ayite (groin) are expected to return from injuries. Defender Timothy Fosu - Mensah is on loan in west London from United so is ineligible to face his parent club.

United manager Mourinho said: ""I sat here a few weeks ago speaking about December month and no defeats.
"That's a reality: good fights, good spirit, but just one victory against Young Boys and three draws and we need points. But Fulham is the same, they need points.
"We have to give respect to Fulham, it is not 11 against zero, it is 11 against 11, they have nothing to lose but plenty of fight so a difficult match."
On injuries, Jose added:  “I don’t know,” Mourinho told the press. “Training session, 11 o’clock will give us some answers – Smalling, Jones, Martial, Bailly. Of course Lindelof and Alexis, we don’t even speak about them but we need answers and for sure we are going to play with players not in the maximum of their potential.”

The men from SW6 remain rooted to the foot of the table with two wins and nine points, but Ranieri has overseen steady improvement since he replaced Slavisa Jokanovic - who took them up via the play-offs - last month. Ranieri has taken four points from three games since his appointment at the Cottage. Even so, United must be firm favourites for the win despite our indifferent form and a disappointing season.

United are desperate to avoid dropping more points after going winless in their past four games. The midweek draw with Arsenal at Old Trafford means Mourinho’s men are currently eight points adrift of the top four, a truly unacceptable stat for any United team.