Solskjaer has won it!! Ole's United throw off the shackles

What is this? What on earth did I witness in south Wales last night. A Manchester United side playing with freedom and without fear, that's what. If Ole Gunnar Solskjaer had written the script for his first game in charge, even he could not have come up with this. This was much more like it. Night and day, and the Manchester United we know and love.
There's a long way to go,  there are still problems at Old Trafford and stiffer examinations await our team and new caretaker manager but let's enjoy this while it lasts. One swallow does not make a summer but it is a start for Ole, Mike Phelan and the new look backroom boys in charge of new look United.
The litmus test will come in February and March when United face Liverpool, Manchester City, Arsenal and a Champions League double header with PSG. But that's in the future. For now, let's just enjoy a new era and the new hope it brings. 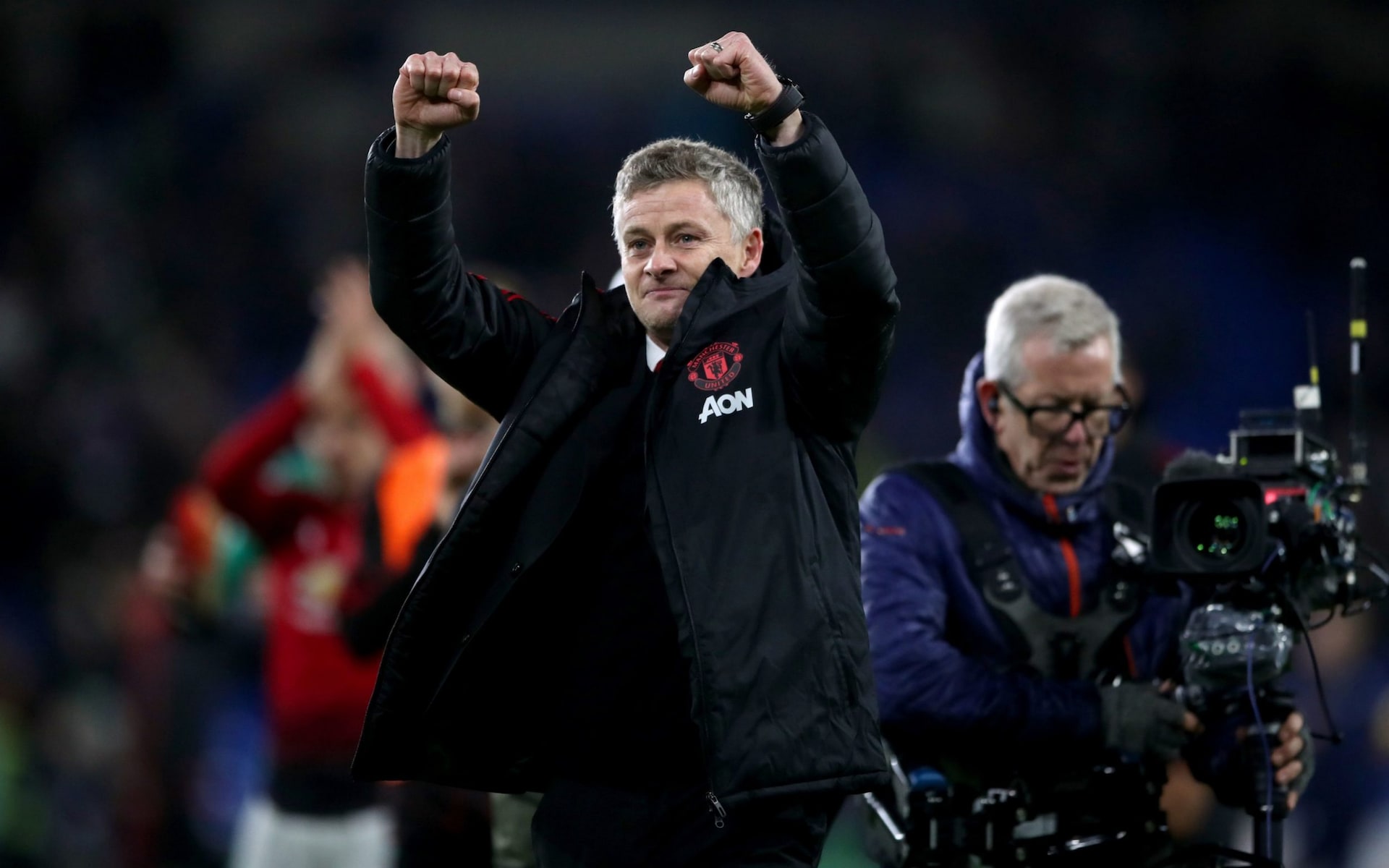 For the first time since Sir Alex's retirement, a Manchester United side rolled back the years and scored five goals in a league game - including one of the finest strikes I can remember from a Reds team for many a year. If Anthony Martial's swashbuckling goal - which came at the culmination of a sweeping team move and a lesson in one-touch football - has thrown down the gauntlet as the blueprint for Ole Gunnar Solskjaer's United then we may as well give him the job full-time. For the first time in what seems like an eternity, there was a discernible pattern, a clear plan and an attacking purpose to everything United did.

The team threw off the shackles and lifted the gloom of the Jose Mourinho era with a throwback to the halycon days of yesteryear. What a joy it was to see a ruthless and rampant United side cutting a swathe through a retreating opposition defence in a manner that has been all too conspicuous by its absence. This was a day when United - for 90 minutes at least - rediscovered their swagger, our mojo and our identity. An identity that had seemingly vanished for ever during these turbulent times when we've lurched from one catatastophe to another, from the days of the miserable Moyes to the moribund Mourinho.

It was certainly a version of Manchester United that looked much closer to the ideal that they have of themselves and even Mourinho, if he could watch, would have to admit that this was an evening when the country’s most successful club performed as they once did routinely.

The appointment of Mike Phelan - one of Sir Alex's most trusted right man men - looks the key. It seems we finally have someone who "gets us" as a club. Someone with not only the know how, but the way in which to implement it. On a day when the performance was arguably more important than the result, this was a display with our history and tradition written all over it. It really was a joy to watch. When was the last time we said that when it comes to watching our side?

Under Mourinho, we would have made heavy weather of this - but the team showed more drive, ambition and effort in Ole's first game at the helm than we did for what felt like an age under the Portuguese with his default setting of strangulating pragmatism. Barely two days into Solskjaer's temporary tenure and United were fast, fluid, free-flowing and, above all, fun.
Free from being stifled and suffocated with the handbrake on, the flamboyance and flair returned to a group of players brimming with a new lease of life. This had all the hallmarks of the United of old. The players seemed to be enjoying themselves again, football with a smile as Ole had promised.

This was football with pace, power, panache and a purpose. All the ingredients that have been missing. United pressed and had 17 shots on goal - nine on target - more in one game than we've probably put together all season. But it is important not to get carried away - despite good recent form Cardiff are fodder and any team worth their weight in gold should be brushing them aside. But this was a day of shocks with underdogs Palace and Leicester getting the better of heavyweights City and Chelsea away from home.

For only the second time in 2018-19, United ran more and worked harder than the opponents. Fulham were the only team we had outworked prior to this but Solskjaer has certainly grasped the rhetoric of a United manager, telling his players to out-work the opposition but also to be unafraid of losing the ball – as long as they were prepared to win it back.

If nothing else, that's already more than Mourinho ever did.

Posted by United Faithful at 02:04