What a difference a week makes.
The change of mood for both Manchester United players and supporters since club legend Solskjaer took charge of the Red Devils last Wednesday has been quite remarkable.

Playing stodgy football without any real plan or direction under Jose Mourinho, and having run-ins with a number of players, Solskjaer has already lifted the gloom by putting smiles back on faces with a free-flowing approach that has liberated the players. 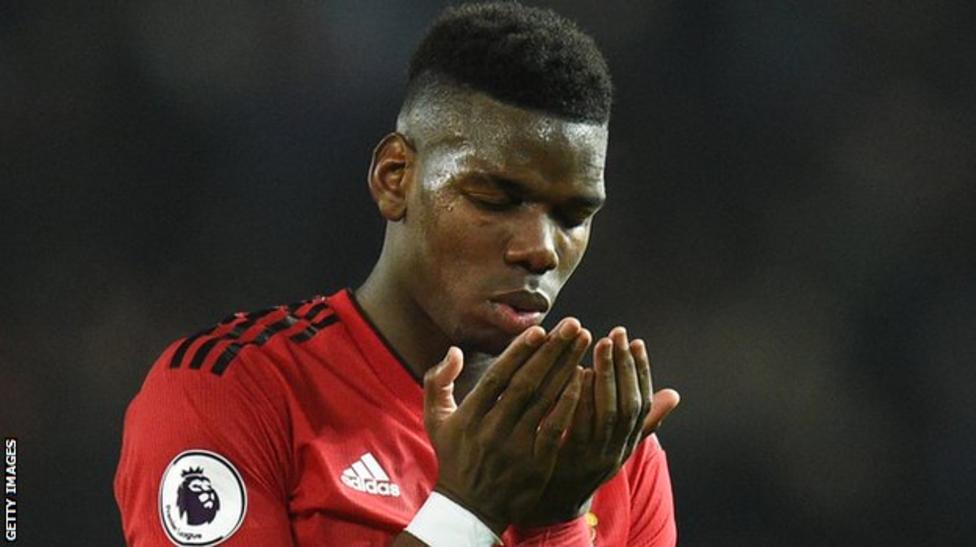 The Norwegian said in his programme notes that "this club is built on entertainment and excitement" and United have scored eight goals in their last two games, showing movement and attacking flair that has been evidently missing under the past three managers Mourinho and his predecessors Louis van Gaal and David Moyes.

Avram Glazer might wonder what all the fuss was about.
Then again, he might ask himself why he didn’t act sooner.
It was a rare visit to Old Trafford for the American, but he will travel back across the Atlantic with positive tales after Ole’s 100 percent start as Manchester United interim manager rolled on with a 3-1 win against Huddersfield.
He will also regale the rest of United’s American-owners with stories of their record signing Paul Pogba and assure them their £89million investment remains as sound as ever.
This particular member of the Glazers is not a regular visitor to these parts – and you wonder if any of the family would have been eager to show up had Mourinho still been at the helm.

Mourinho still retained the support of us fans even after such a desperate final few months in charge.
The bulk of the ire was directed towards the board – and any sign of United’s owners would have been sure to spark angry reactions from sections of the crowd.
Instead Glazer was virtually anonymous, sat alongside Ed Woodward in the directors’ box, as all eyes were on the pitch and another spirit-raising performance from Solskjaer’s team.
In two games, the Treble-winning hero has recorded a return of six points, eight goals and a style of front-foot, progressive football that has rarely been seen in this calendar year. 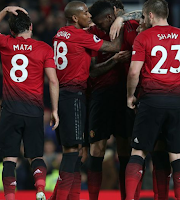 Then there is Pogba. A man intrinsically linked with Mourinho’s troubled final months at United. France World Cup winner Pogba has been restored to the starting line-up after falling out-of-favour under Mourinho and has repaid the faith shown by his former youth team manager Solskjaer with another highly impressive performance.
Man of the match against Cardiff, the 25-year-old ran the show once more against Huddersfield with more touches on the ball (117), more passes (90) and more shots (5) than any other player on the pitch.
His two goals were well-taken, while England international Rashford was unlucky not to get on the scoresheet with his constant threat in the final third and saw two shots saved by Lossl, though both were comfortable for the Huddersfield goalkeeper.

Having spoken about the traditions of the club and the 'United Way', Solskjaer brought on 18-year-old Angel Gomes with 10 minutes remaining for only his second first-team appearance and he almost scored, but curled his strike straight at Lossl.
Solskjaer was on his way to a perfect start but still has plenty of work to do with his defenders as Jorgensen's late strike meant the side have kept just two clean sheets in 19 leagues games this season.

It was Mourinho’s failure to get the best out of the World Cup-winning midfielder on a consistent basis that was a backdrop to all the problems at the club.
Solskjaer, who embraced the 25-year-old at the end of this win, is making it look easy.
After providing four assists against Cardiff, Pogba scored twice against Huddersfield and ensured Old Trafford was in unison in their support.
Both finishes in the second half, were outstanding – picking out of the corner clinically.


In two-and-a-half years in Manchester, the points difference between Mourinho and Pep Guardiola was 46 in Manchester City’s favour.
In two games under Solskjaer, it’s six points to none in United’s favour. Mourinho's premature departure is having the lovely side effect of making City's title hopes crumbles.
No one will be getting too carried away inside Old Trafford – least of all Solskjaer. But the roar that greeted news of City’s 2-1 defeat to Leicester was unmistakeable.
The less said about Liverpool, the better.

Posted by United Faithful at 15:22